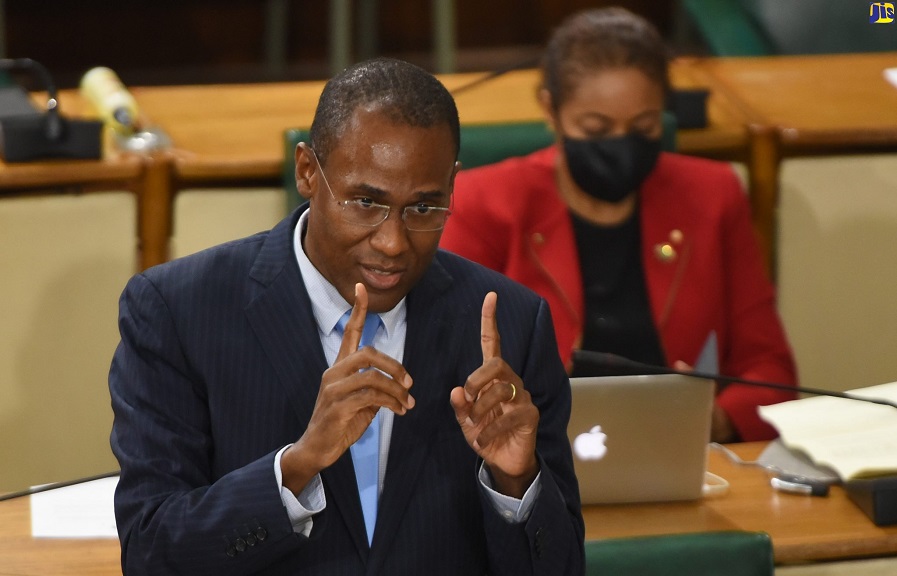 Minister of Finance and the Public Service, Dr Nigel Clarke has announced the waiving of all application and processing fees for new loans from the Students’ Loan Bureau (SLB) for the 2020/2021 academic year.

He made the announcement during the debate on the first supplementary estimates for the 2020/21 fiscal year in the Lower House of Parliament on Wednesday.

“The Government of Jamaica’s (GOJ’s) commitment to ensuring that tertiary education remains affordable and accessible to all Jamaicans, remains stronger than ever,” Clarke said.

The finance minister emphasized that it is especially important, given the COVID-19 pandemic and the associated global and domestic economic shock, that appropriate steps are taken by the GOJ to facilitate access to funding for tertiary education.

This temporary measure is part of a suite of policy initiatives implemented by the GOJ, to make accessing loans from the SLB, and by extension obtaining a tertiary education, more feasible and attainable.

Clarke, under whose ministry the SLB falls, in March of this year announced and implemented reduced rates on student loans (rates are now as low as 5.8 per cent), extended periods for payback to begin (increased from six to 14 months after graduation) while also providing for the forgiveness of student loans for those who work in the non-profit sector.

All policy initiatives are to ensure that the SLB can continue to fulfil its mandate of sustainably increasing access to tertiary education in Jamaica, Clarke noted.

“In fact, taking into consideration all recent policy initiatives implemented by this administration including reduced interest rates, extended moratorium periods and now a temporary waiver of all application and processing fees, it has never been more affordable to access loans through the SLB,” Clarke said.

The SLB has a track record of lending to over 99 per cent of applicants.