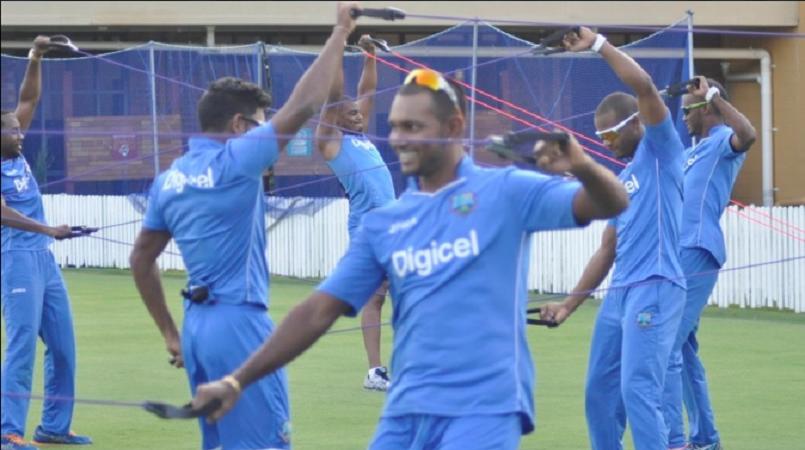 Cricket West Indies (CWI) president Ricky Skerritt has hailed the enthusiasm in the West Indies training camp, which got started on Monday at the Three Ws Oval in Barbados.

Skerritt, along with chief executive Johnny Grave and director of cricket Jimmy Adams visited the camp at the UWI Cave Hill where the one-day squad for the Ireland Tri-Nations Series began their preparation.

After addressing players and members of the coaching staff in a brief talk, Skerritt said he was pleased with the “vibe” resonating throughout the group.

“We are intransit to Jamaica to conduct some important business, and we felt it was important to come and spend a few hours to connect with the players and wish them well for the remainder of the camp and the tour ahead,” said Skerritt.

“We are impressed with the vibe we got from everyone. There was a bit of a setback with the rain, but they were able to use the indoor facility and it would seem that they have gotten off to a very positive start.”

Key players like batsman Shai Hope, along with seamers Shannon Gabriel and Kemar Roach, all took part on day one of the camp. They were named last week in a 14-man squad for the Tri-Nations Series in Dublin, which involves Bangladesh, and runs from May 3-17.

The series will be the final one for the Caribbean side before the team opens its campaign in the ICC 50-over World Cup in England from May 30 to July 14.

Reifer said the response from players had been excellent.

“It’s been very good. The players worked very hard. Everyone was very supportive and they gave 120 per cent, so we are looking forward to the remainder of the camp,” said the former Barbados and West Indies batsman.

“We have our strengths and our weaknesses. We will focus more on the fielding and improving the skill-set and mindset of the players.”

During the camp, Reifer said he hoped to get the unit back playing their unique brand of West Indies cricket.

"We don’t want to play like the Australians or the English or South Africans,” he pointed out. “We want to regain our brand of playing cricket. That’s what we want to achieve over the next few days.”

Ireland to host West Indies and Bangladesh in tri-series