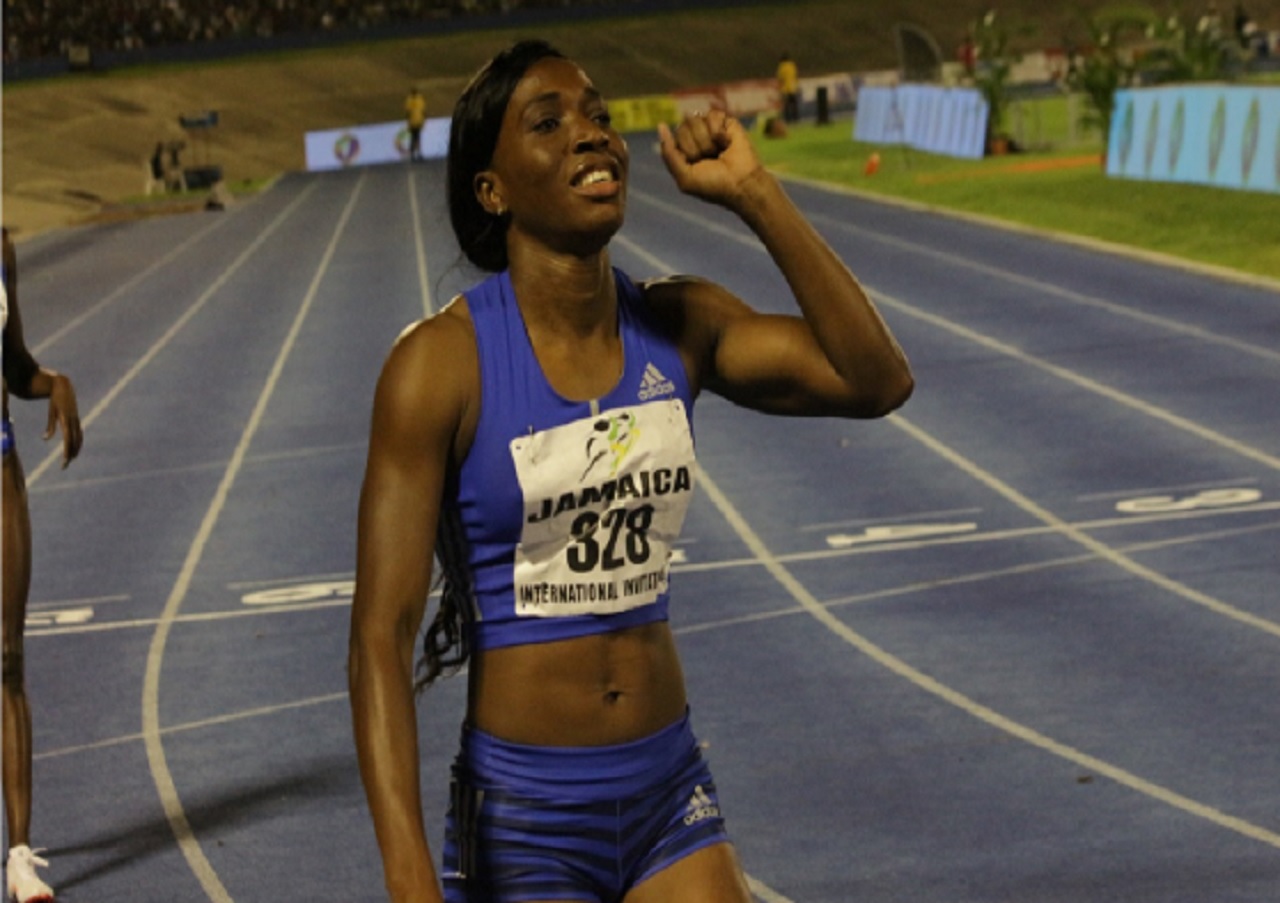 Jamaican Novlene Williams-Mills reacts after winning the women's 400m at the Jamaica International Invitational meet on May 20. Williams-Mills will face off with American Natasha Hastings in Rome on Thursday.

Quarter miler Novlene Williams-Mills is among six Jamaicans on the provisional entry lists for the fourth meeting of the 2017 IAAF Diamond League in Rome on Thursday.

Botswana’s Lydia Jele is another to consider, having clocked a PB of 50.32 in Pretoria in March.

Another Jamaican - Stephenie Ann McPherson - is also entered in the race.

The women's 100 metres will feature Olympian Christania Williams of Jamaica.

Williams will face a tough line up, which includes Dafne Schippers of the Netherlands, the 2015 world 200m champion and  American Tianna Bartoletta, the 2016 Olympic long jump champion.

Schippers is the fastest this year, having clocked 10.95 in California in April.

Jamaican Julian Forte will also face a tough field in the men's 200 metres.

Canada’s Andre De Grasse is the top draw in the event, with the Olympic silver medallist squaring off against France’s Christophe Lemaitre, who was just a tenth of a second behind him in third in that Rio final.

De Grasse was impressive in his sole 200m outing this year, clocking 20.14 to win in Kingston, Jamaica last month.

Jamaica’s Janieve Russell will face two-time world champion Zuzana Hejnova and European champion Sara Petersen in the women’s 400m hurdles, which is not an IAAF Diamond League event in Rome.

The other Jamaican down to compete is Kimberly Williams in the women's triple jump, which features Colombia’s Caterine Ibarguen, the 2016 Olympic champion.

Ibarguen has not been beaten in over a year, but will come under threat from Venezuala’s Yulimar Rojas, the world leader by more than half a metre who has leapt 14.96m this year. Also in the line-up is 2012 Olympic champion Olga Rypakova and 2011 world champion Olga Saladukha, along with European champion Patricia Mamona.