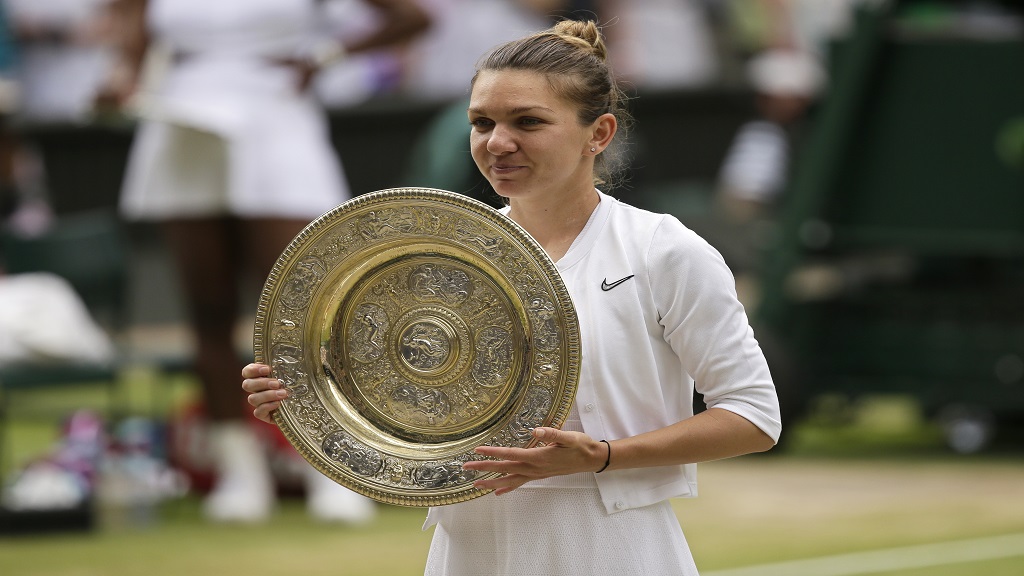 Simona Halep was simply unstoppable as she swatted aside Serena Williams 6-2, 6-2 to claim her maiden Wimbledon title in sensational fashion on Saturday.

Seven-time champion Williams was hoping to equal Margaret Court's record of 24 grand slam singles crowns, but she was blown away by Halep's blistering display on Centre Court in just 56 minutes.

Halep's French Open triumph last year had helped to lay to rest the demons of three previous major final defeats and the seventh seed looked completely at home in her first decider at the All England Club.

Williams was undoubtedly below her best, but the reality was, even at the peak of her powers, she would have struggled to live with Halep's relentless accuracy and energy, the world number seven committing only three unforced errors.

Her rival, meanwhile, tallied 26 as she fell to defeat in a third straight major final for the first time in her career, while Halep celebrated the most resounding of triumphs by sinking to her knees and then covering her mouth with her hand, seemingly in disbelief at her own display.

Williams' start belied the experience of a woman playing in her 11th singles final at Wimbledon as she looked edgy, a netted backhand and a wide forehand handing Halep an immediate break.

The Romanian built on that with a hold to love and, remarkably, it was 4-0 in a little over 10 minutes, Halep securing a double break with a backhand return winner.

Williams did get on the board, but she could only applaud in game six when a stunning backhand pass whizzed by her as she approached the net. She then carved out her first break chance, but Halep swiftly snuffed that out and some incredible defence combined with a whipped forehand saw her hold for 5-1. 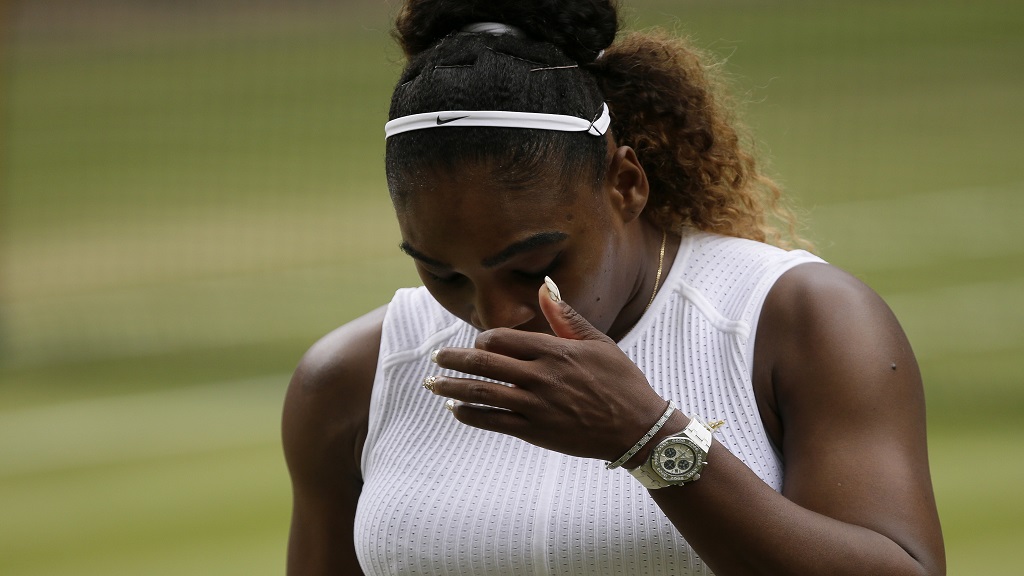 A forehand return winner saw Williams rescue one set point, but she soon erred on the same side as Halep forged ahead in the match, having made just two unforced errors to her opponent's 10.

Williams produced a couple of guttural roars en route to holding at the start of the second, but she soon found herself under pressure in game five.

Halep was ruthless in dispatching a forehand with Williams out of position at the net – a winner that created two break-point chances – and the American was the architect of her own downfall as she dumped a simple backhand long with the court wide open.

Halep made no mistake in aiming for the same corner as she secured a crucial second break in game seven, and victory was assured with a minimum of fuss – a love service game rounded off when a tired-looking Williams crashed a forehand into the net. 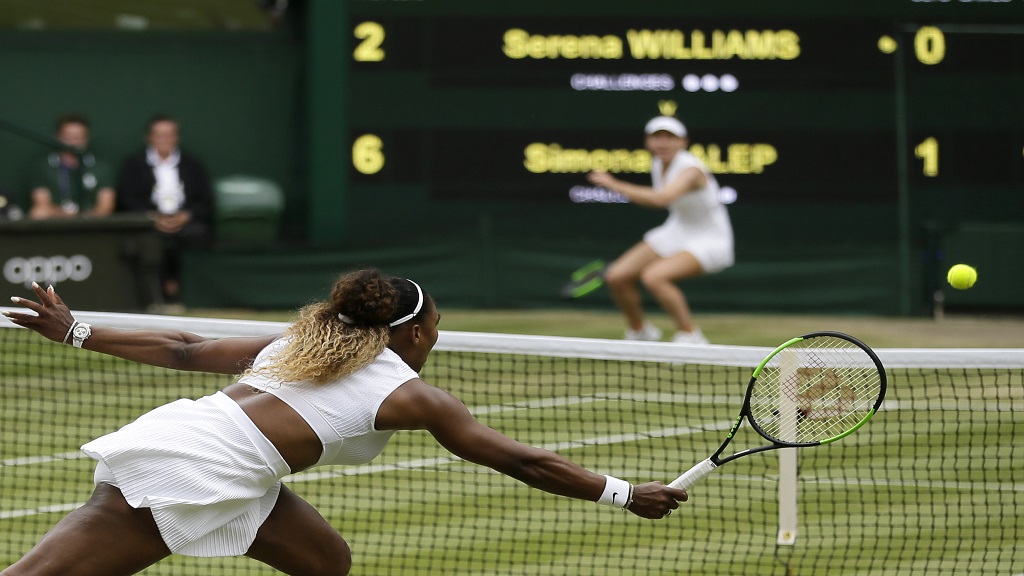 Serena says Tiger feat is driving her towards Wimbledon glory