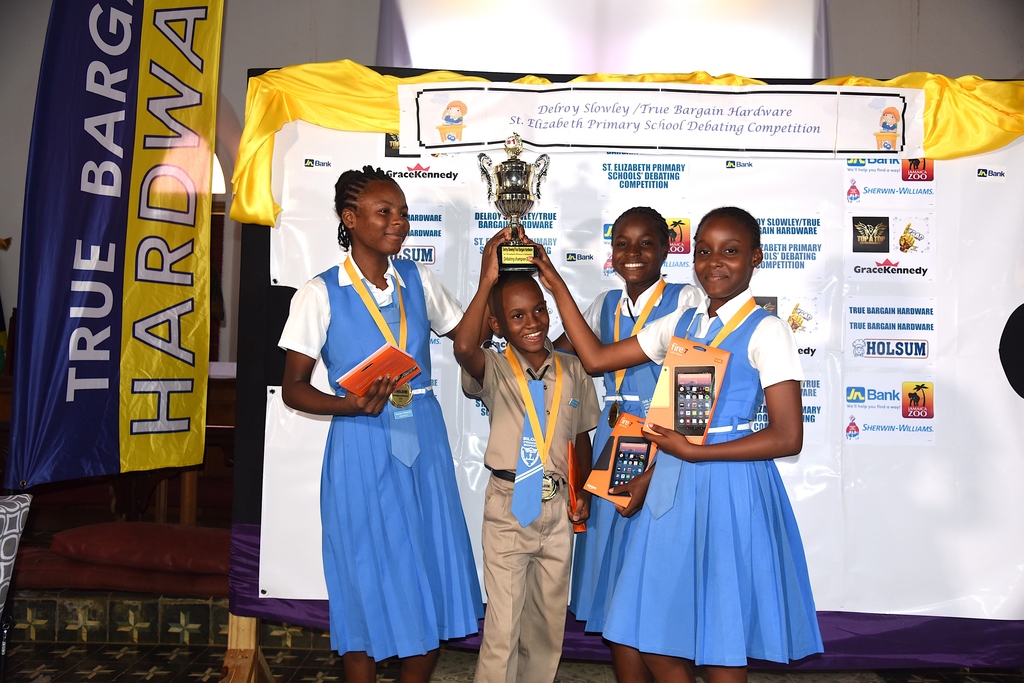 The champion team of Joneilia Hamilton, Jaeden Johnson and Chevashti Honnigan, walked away with True Bargain Hardware trophy and $60,000.

In the final played at Siloah Primary last Wednesday, the home team scored 260 points to beat Glen Stuart, 162 points. The students debated the motion "Be it resolved that police officers involved in criminal acts should be subjected to the death penalty."

The champion team of Joneilia Hamilton, Jaeden Johnson and Chevashti Honnigan, walked away with True Bargain Hardware trophy and $60,000. In addition, each member of the team received medals donated by Holsum and also tablets. 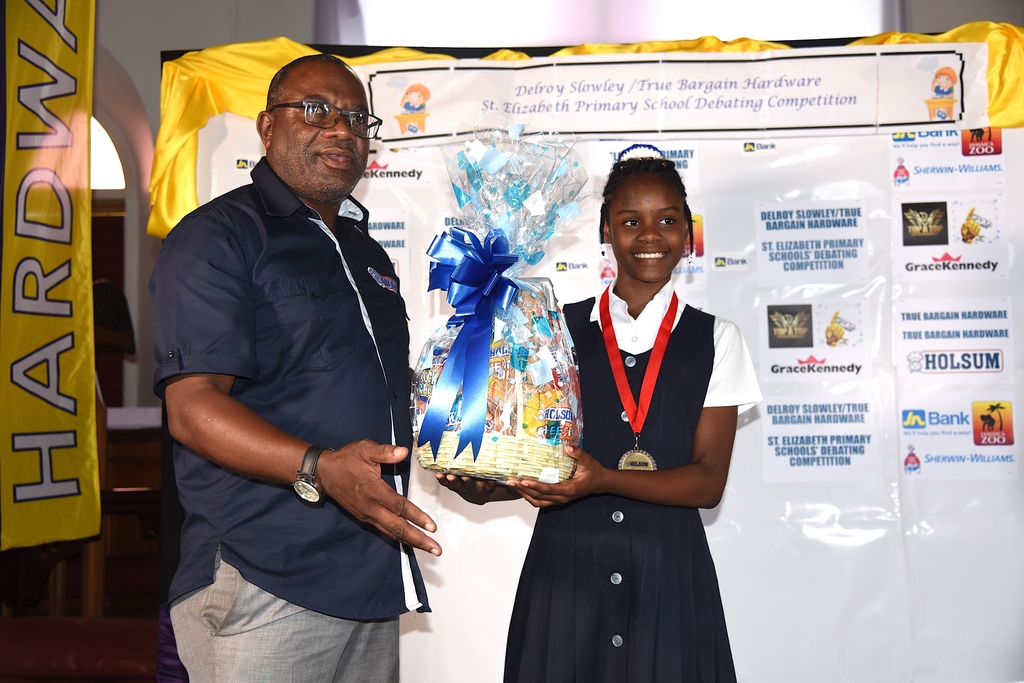 Rihanna Johnson from Balaclava was named the Top Debater.

Glen Stuart received $30,000 for finishing second along with medals and smart watches. 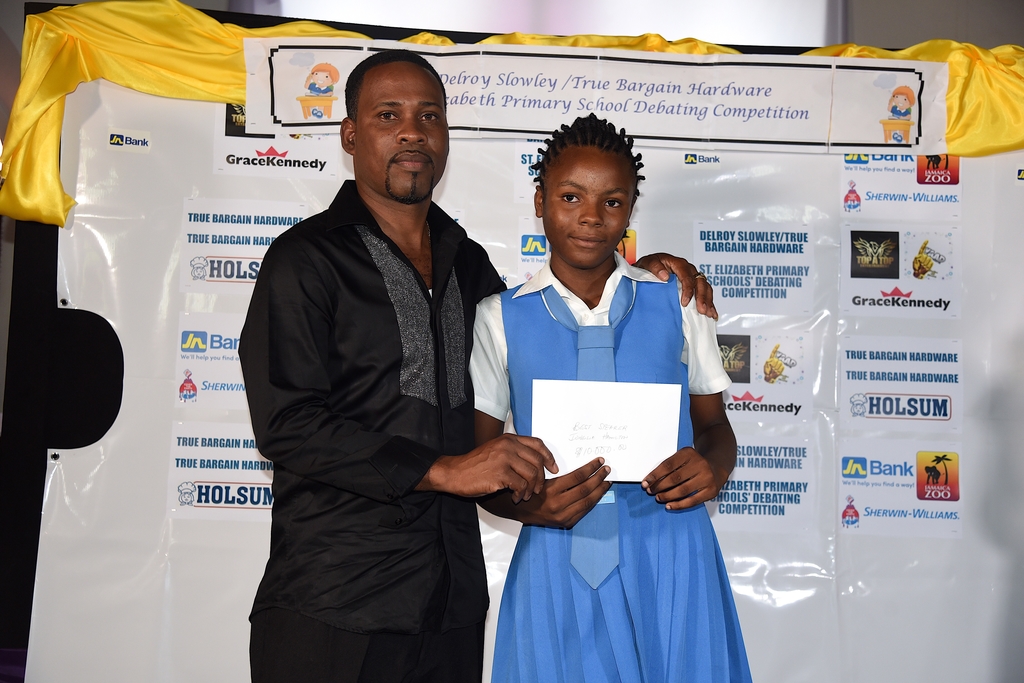 Balaclava defeated Thornton in the third-place playoff match and received $20,000. Thorton was presented with $10,000. The students debated the moot: “This house would reintroduce the GSAT and discontinue PEP."

JN Bank handed out gift vouchers to all sixteen students to open saving accounts at the bank, while Jamaica Zoo gave passes to all. Sherwin Williams donated paints to all the schools while GraceKennedy and Holsum Barkey provided refreshments and sacks.

Chief organiser Anthony Foster was delighted by the display of the students.

"I was so impressed with how the students delivered themselves, and for this, I must praise the efforts of the teachers," Foster said.

"We had very little time, especially with Easter and Mid-Term breaks, but the students proved they are capable of mastering anything put before them." 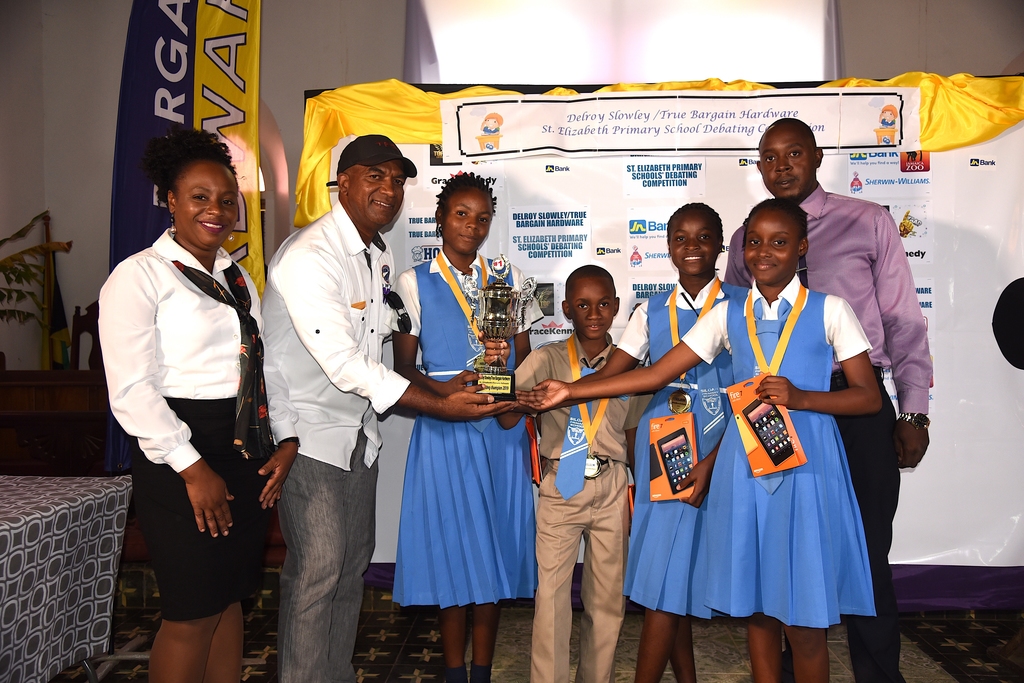 "It wouldn't be possible without these sponsors, and along with several individuals and my hard-working committee,” said Foster, who is already looking forward to next season.