As shoppers mobilize on Thanksgiving, retailers branch out 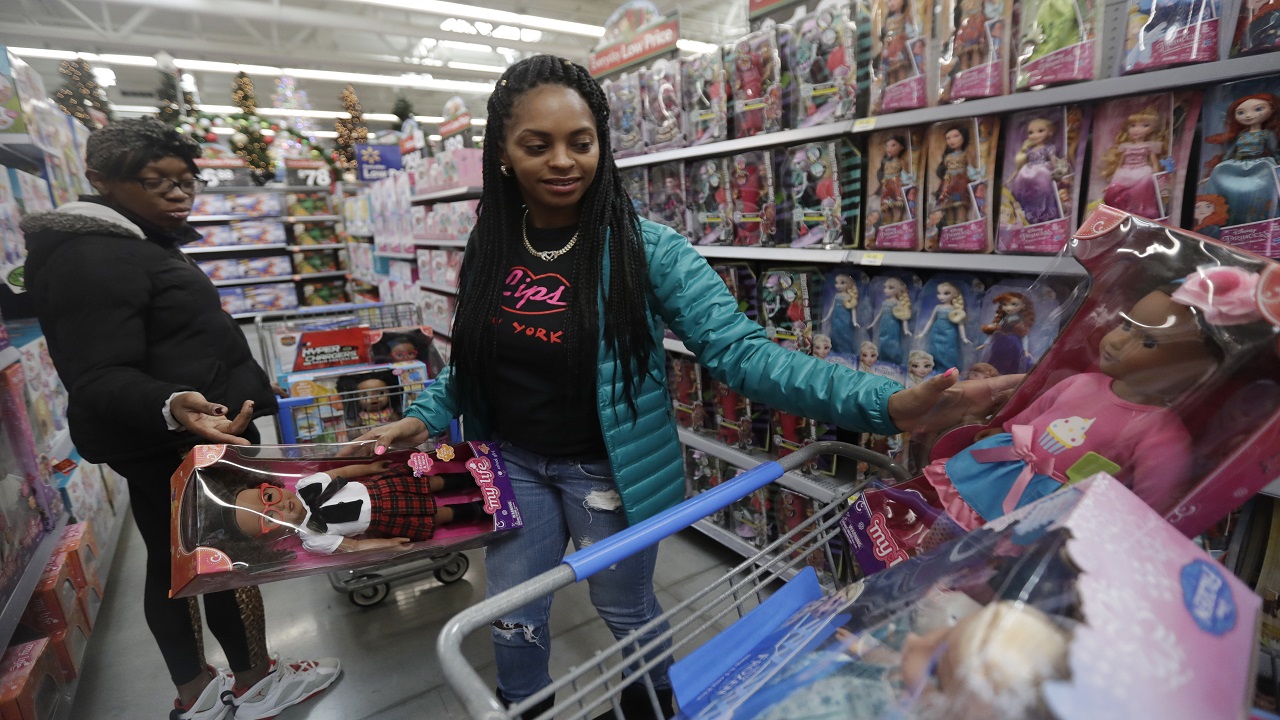 Shoppers are hitting the stores on Thanksgiving and will be finding some surprises: toys and TVs at J.C. Penney, Barbies at Best Buy, kitchen appliances like wine refrigerators at B.J.'s.

As the holiday shopping season officially kicked off Thursday, retailers are counting on a lift from a better economy. But they're also looking beyond economic data and mapping out ways to pick up sales from other retailers as Amazon expands its reach.

That can mean opening earlier than rivals on the holidays or even jumping into new product categories. The fight for market share comes as analysts at Bain say Amazon is expected to take half of the holiday season's sales growth. And Amazon is the top destination for people to begin holiday shopping, according to a September study by market research firm NPD Group.

"The retailers are in survival mode. It's about stealing each other's market share," said Marshal Cohen, chief industry analyst at NPD. "Amazon is the Grinch. They're stealing the growth."

Abi and Sush Gyawali — both 27-year-old biology graduate students at the University of Missouri — were among hundreds of people who lined up outside J.C. Penney in Columbia, Missouri, before the store opened at 2 p.m. Thursday.

Abi Gyawali normally shops online on Amazon or BestBuy for Cyber Monday, where he said he finds some of the best deals. But he said the couple wanted to check out the scene at the local mall Thursday before friends came over later to share a meal.

"It's good," he said. "At least people are not as crazy as they behave in big cities."

With the jobless rate at a 17-year-low of 4.1 percent and consumer confidence stronger than a year ago, analysts project healthy sales increases for November and December. The National Retail Federation trade group expects sales for that period to at least match last year's rise of 3.6 percent and estimates online spending and other non-store sales will rise 11 to 15 percent. 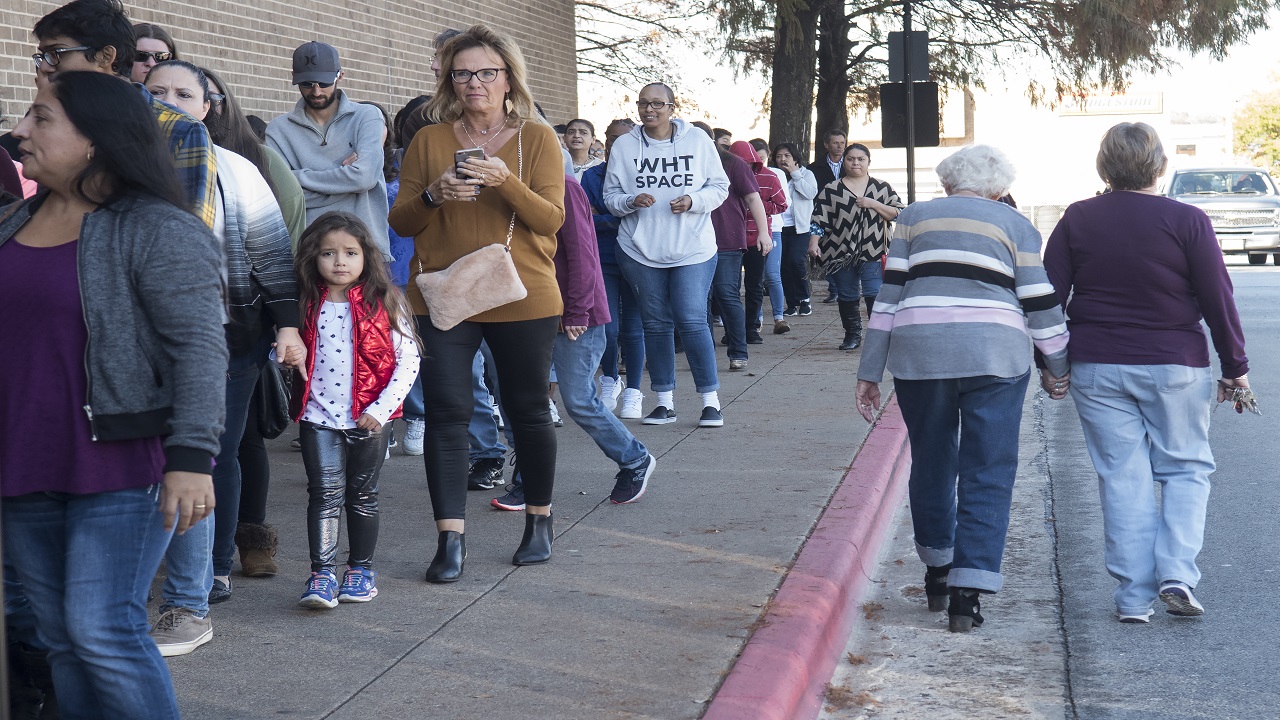 Amazon is expected to be a big beneficiary as it cements loyalty among its Prime members and moves into new services and private-label merchandise. The company has introduced more than 20 such brands in the past two years in clothing, electronics, groceries and more, says Bain.

That leaves stores looking at rivals to see where they can pick up sales. There are extra dollars up for grabs this year, after thousands of store locations have closed and several retailers including Gymboree and Toys R Us filed for bankruptcy protection.

Greg Foran, CEO of Walmart's U.S. division, said that the retail giant's holiday shopping season appeared to be off to a good start. It got things going in the first minutes of Thursday with an online sales event that featured a range of deals from toys to TVs to slow cookers and Google Home mini gadgets.

"We are in good shape," Foran told The Associated Press. "We have a bit of momentum and we had a good kickoff online, and with a bit of luck we are going to have a good 24 hours and be ship shape for the weekend, and go from here to the 25th of December."

Target CEO Brian Cornell recently noted that up to $60 billion in consumer spending will be up for the taking in the next few years, and said the chain has been picking up market share in such areas as clothing.

The Thanksgiving weekend, when stores go all-out to attract shoppers, can be an indication of how well they'll do through the season. About 69 percent of Americans, or 164 million people, intend to shop at some point during the five-day period from Thanksgiving to Cyber Monday, according to a survey released by the National Retail Federation. It expects Black Friday to remain the busiest day, with about 115 million people planning to shop then.

Stores like Macy's, Target and Kohl's are set to open Thursday evening as they try to woo early shoppers. Walmart starts deals in its stores at 6 p.m. J.C. Penney opened its doors at 2 p.m., an hour earlier than last year and at least three hours ahead of its department store rivals.

Judy St. Antoine, 60, of St. Petersburg, Florida, said she arrived at the JC Penney in her city about 10 minutes before the store's 2 p.m. opening. There were already two lines of a couple hundred people each, waiting to get inside.

Mary Bergeron, 62, of Tampa, bought an oil-less fryer, a waffle maker and a steamer at JC Penney, and was headed back for more.

"It's a tradition. We come here every year," she said, adding that she'd eaten turkey at noon. "It's crazy, there are so many people and it gets tense. It's fun."

Some retailers are using the weekend to test new product areas before committing to them year-round: Penney has TVs and consumer electronics like game consoles as doorbusters for Thanksgiving and Black Friday only. Penney has also added year-round toy shops and increased its selection of work pants as an apparent move to grab market share from Sears, after last year going back to selling major appliances. 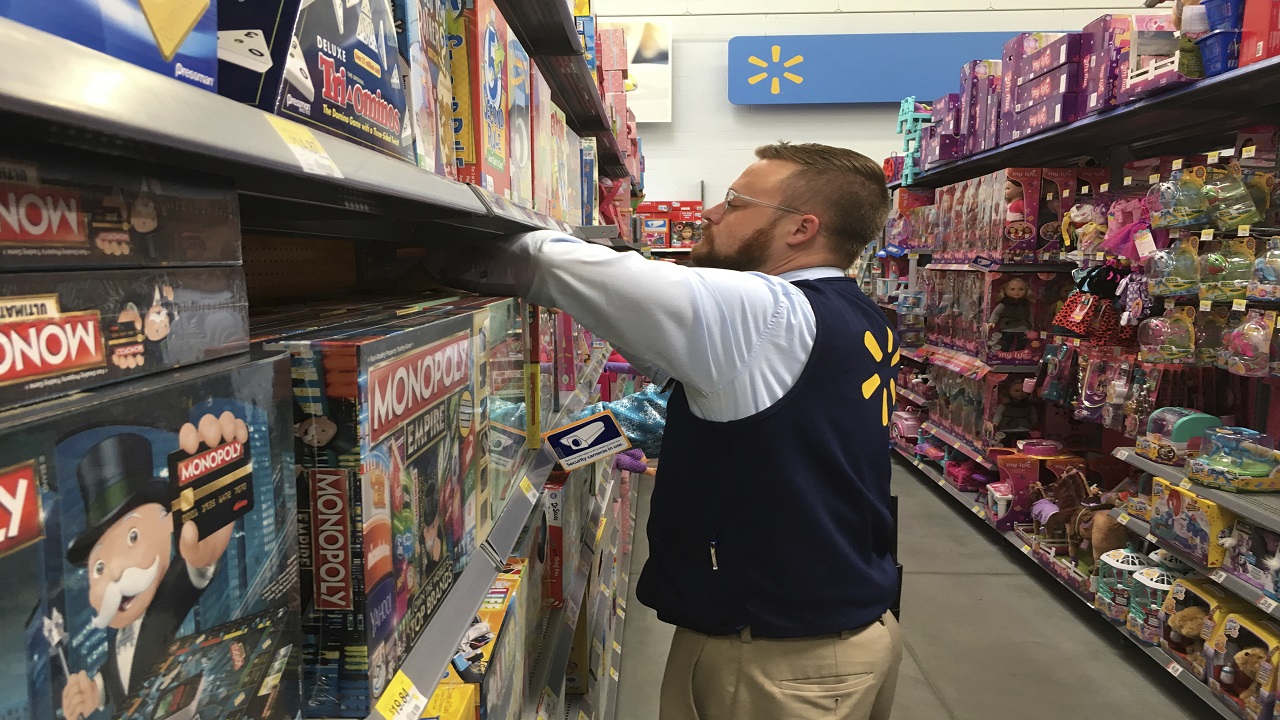 Both Walmart and Target have been expanding their exclusive toys offerings. Walmart is throwing parties in its stores including ones where kids can play with new toys. Best Buy created its first toy booklet for the holidays. And in its Black Friday ad, the chain features Barbies among smart TVs and other electronics.

Chris Baldwin, CEO of BJ's Wholesale Club, says it is offering more toys and clothes. In clothing, it's offering key national brands in areas like casual athletic wear amid rampant store closures. And he says clothing sales are up by at least 10 percent as people don't go to the mall as much.

"There's no question that consumer spending has started to tick up and confidence is a little bit better, which is terrific, but we are also seeing some benefit from other retailers," he said.