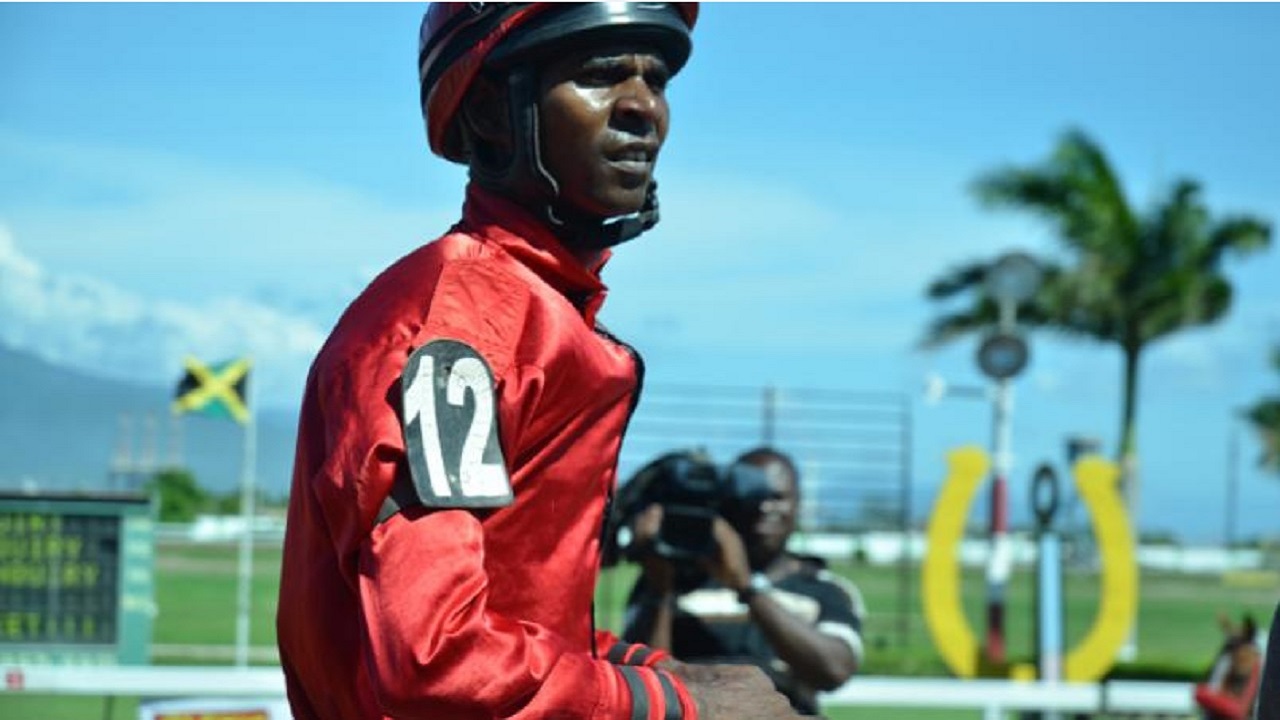 Jockey Omar Walker was aboard She's A Maneater.

SHE'S A MANEATER on Sunday became the third horse to win three consecutive Superstakes titles, scoring a comfortable victory over TOONA CILIATA in the 10-furlong event.

A 1-5 favourite with Omar Walker aboard, SHE'S A MANEATER tracked TOONA CILIATA before taking over three furlongs out.

SUPREME SOUL, the Triple Crown champion, was outsped and had to be eased by Shane Ellis after straightening fourth.

SHE'S A MANEATER quickened off the home turn and ran away from TOONA CILIATA inside the last furlong, winning in 2:05.2, two-fifths slower than the 2:05.0 in which she had outbattled WILL IN CHARGE when winning by a short head last year.

SHE'S A MANEATER closed a hat-trick of winners for Walker and a three-timer for DaCosta with whom he teamed up to land the Invitational Mile with imported STRANGER DANGER, now unbeaten in nine starts, a stakes record 1:36.3.

Walker landed the ninth event with HARRY'S TRAIN whereas DaCosta had earlier won the fourth with MY LITTLE PRINCESS.

Racing continues at Caymanas Park at the weekend.