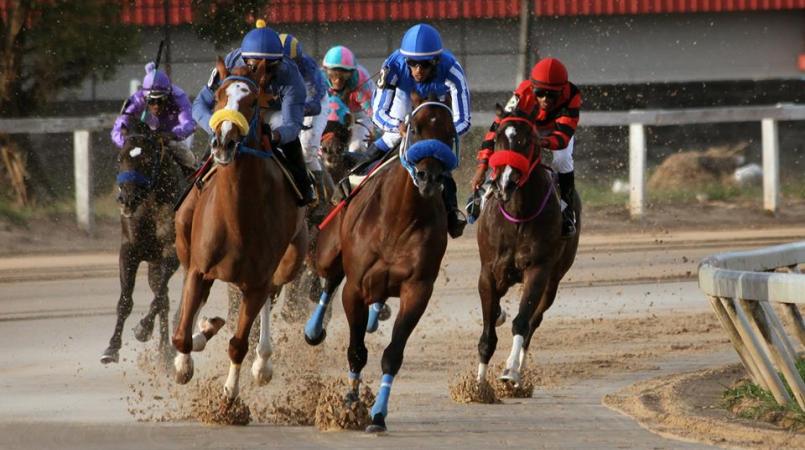 SHE'S A MANEATER made a triumphant return to Caymanas Park on Saturday, winning by a neck to earn $709,800 for champion Wayne DaCosta, slashing Anthony Nunes' lead to $130,000 in their battle for the trainers' title.

Returning to the races two weeks after bolting at the start and jumping the rail onto the infield, which caused her to be scratched out of the $13.9m Diamond Mile, SHE'S A MANEATER ran on powerfully over five-and-half furlongs to catch CHACE THE GREAT stealing home.

The four-year-old filly won in 1:05.1, completing a two-timer for DaCosta, who also posted ROYAL VIBES to victory in the third event.

Nunes' lone winner on the 11-race card was two-year-old EARN YOUR STRIPES, who posted a fast 1:25.3 for seven furlongs in the second event.

Racing continues next Saturday, followed by the holiday Boxing Day meet, which features the Jamaica Two-Year-Old Stakes and the Miracle Man Trophy in which SHE'S A MANEATER is also expected to line-up at nine furlongs and 25 yards, taking on Nunes' BIGDADDYKOOL.

She's A Maneater wins None Such Trophy