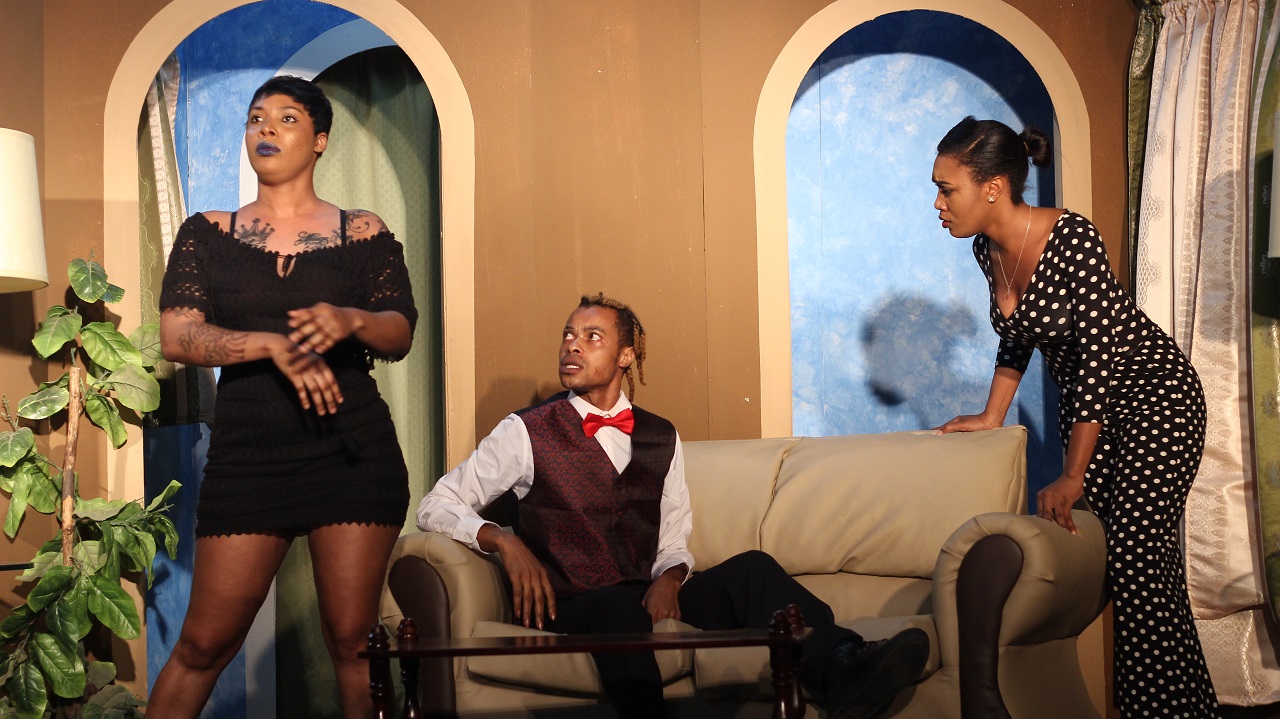 Let's say your bills are causing you stress or the nation's crime situation is getting you down, and you're not in the mood to laugh. "Well yu luddy!" as Shebada would say.  You are probably going to be laughing and rolling in the aisles anyway if you attend this year's Christmas roots theatre play, 'Set Up'.

The provocatively titled 'Set Up' is the latest ribald, laugh-a-minute offering that is playing at the Olympia Crown hotel. Beginning December 22, it's a guaranteed rib-tickler, according to producers of the play.

Written by Garfield 'Bad Boy Trevor' Reid, the comedy reportedly depicts the real life `challenges facing two different couples from contrasting socio-economic situations. First, meet the Coxes, a  well to do married couple from the hills of St Andrew who (surprise surprise) are having marital problems and lacking a spark in the bedroom.

Then meet the rambunctious couple, Cappa and Stella, a common law couple from the rough streets of some nameless inner city of Kingston. Mired in poverty, they seem to love each other, but the lack of money leads to constant fights and bottle-throwing spats.

Into this mix steps Shibby, who is a next door neighbour of Cappa, played by Trevor Reid, and Stella, alternately played by newcomers Trudy Bunting and Kimone Morgan, but also works as a butler for the Coxes. He sniffs out the marital problems of the of the legendary variety and guaranteed to "blister".

In a bid to double up his money, he also arranges for Cappa to 'service' Mrs Cox, played by Monique Ellis, who is long overdue for some action. As you can well imagine, hilarity ensues, and the events that unfold underline the old adage that "love of money is the root of all evil''.

Comedian Keith Ramsay who plays Shibby is at the centre of manipulation and deception and his money-driven machinations will both delight and shock. He is a master of physical comedy, and as his eyes twinkle with boyish mischief, he can elicit laughter with the mere raising of an eyebrow, or a simple gesture. He is true comedy gold and paired once again with Maxwell Grant, he is at the top of his game.