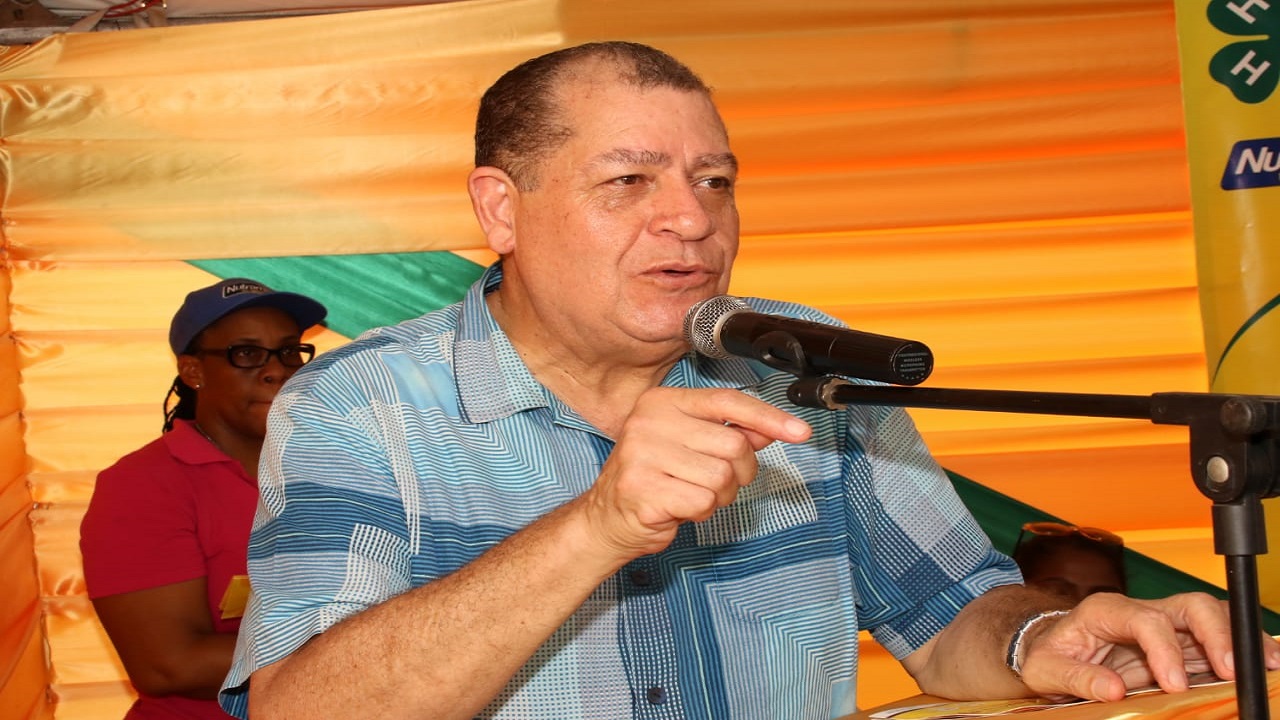 Industry, Commerce, Agriculture and Fisheries Minister, Audley Shaw, has hit out at the low productivity levels in some areas of the local farming sector, which he has described as being unacceptable.

In citing that agricultural commodities now account for some 17 per cent of the national importation bill, Shaw told patrons at the Denbigh Agricultural, Industrial and Food Show in Clarendon on Saturday that with “so much idle lands and so many idle hands”, Jamaica is importing approximately $1 billion of food annually.

In citing requests for the importation of produce for which the country is noted, including coffee and peppers, Shaw said he is concerned about the volume of such importation.

Amidst it all, he said the country is, for example, importing coffee which is being mixed and sold as ‘Blue Mountain-blended” coffee, which he cited as a disservice to Jamaica’s world-famous Blue Mountain product.

In declaring that “this minister will not ignore those realities,” Shaw also drove home that, “We can’t be importing 85 per cent of what the tourism industry needs to feed the guests. That is (just) not acceptable!”

He said another example of an importation concern of his, is that peanuts are being brought in, “but peanut produced in St Elizabeth can’t sell”.

The minister said he intends to sit down with the coffee farmers – both large and small-scale growers - and work out a rescue plan for the industry.

He said when it is recognized that the country is now producing only five per cent of the Blue Mountain coffee it produced 20 years ago, it is clear that “something not right about that”.

Turning to the sugar industry, Shaw advised cane farmers to maintain their fields on the basis that “I am giving you a commitment that your cane will be reaped next year”. He said a plan is in train to rebuild the sugar industry.

In reference to the Bodles Research Centre in St Catherine, the minister went on the offensive,

“Bodles needs a remake,” he declared in reference to its current capacity.

“I hope they are hearing me from here,” he added, indicating that he has received international offers of technical assistance for local agricultural development, including from Argentina, which he will be moving to bring on board the thrust to boost the overall sector.