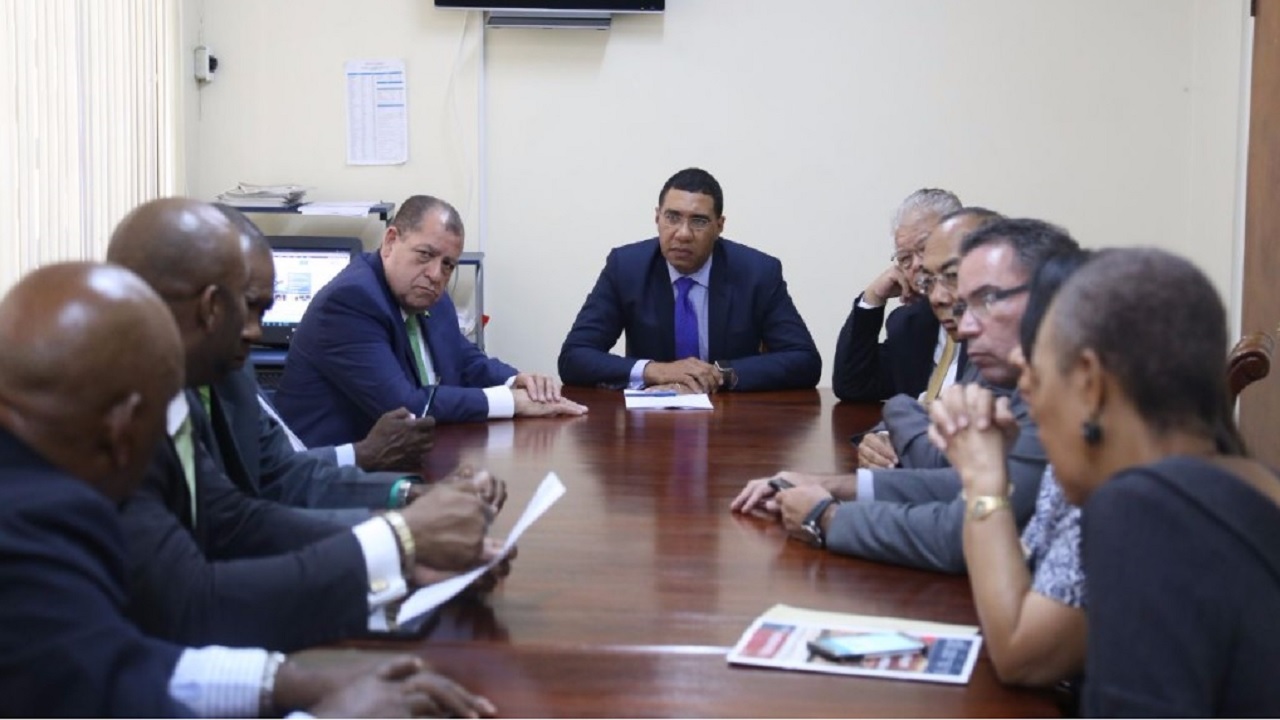 Ambassador Dr Nigel Clarke has been named as the country’s next Minister of Finance and the Public Service, as Prime Minister Andrew Holness on Monday reshuffled his two-year-old Cabinet.

The reshuffling has been confirmed by the Director of Communications in the Office of the Prime Minister, Robert Morgan.

Dr Clarke’s appointment to the Cabinet comes three weeks to the day he won a by-election for the St Andrew North West seat, and two weeks since he took the oath of office as the country’s newest Member of Parliament (MP).

It was widely speculated since the time he was named to contest the seat that he would be named to the Holness Cabinet, possibly as minister of finance. That confirmation came on Monday.

This is while the man who previously held the job, Manchester North East MP, Audley Shaw, has been shifted to the super ministry of Industry, Commerce, Agriculture and Fisheries. That position was previously held by Karl Samuda, who now heads to the Ministry of Economic Growth and Job Creation which is headed by Holness and is operated out of the OPM. Samuda is now a Minister without portfolio in that ministry.

The fact that Shaw was named the top finance minister in the Caribbean in 2017, was not enough to keep him at finance.

As was anticipated in any shuffling of the Cabinet, responsibility for national security has been taken away from the embattled Robert Montague, under whose watch the country’s murder rate soared to over 1,600 in 2017, and several emergency measures, including two states of public emergency and two Zones of Special Operations (ZOSO) were introduced.

National security will now be headed by Dr Horace Chang, who previously served as Minister without portfolio in the Office of the Prime Minister, while Montague will take charge at the Ministry of Transport and Mining, which was previously the domain of Central Clarendon MP, the 83-year-old Mike Henry. Like Samuda, Henry heads to the Ministry of Economic Growth and Job Creation as a Minister without portfolio.

Also among the Cabinet changes, Dr Clarke will be assisted at the Ministry of Finance and the Public Service by Fayval Williams, who has been promoted to Minister without portfolio in the ministry. The St Andrew Eastern first-term MP was previously a Minister of State in the Ministry.

Attorney-at-law Alando Terrelonge, the first-term MP for East Central St Catherine, has been appointed Minister of State in the Ministry of Culture, Gender Affairs, Entertainment and Sport, while Pearnel Charles Jr has been shifted from National Security to the Ministry of Foreign Affairs and Foreign Trade, where he will join Kamina Johnson Smith as a State Minister.

This is while South West St Ann MP, Zavia Mayne, has been appointed Minister of State in the Ministry of Labour and Social Security, where he will join portfolio minister, Shahine Robinson.