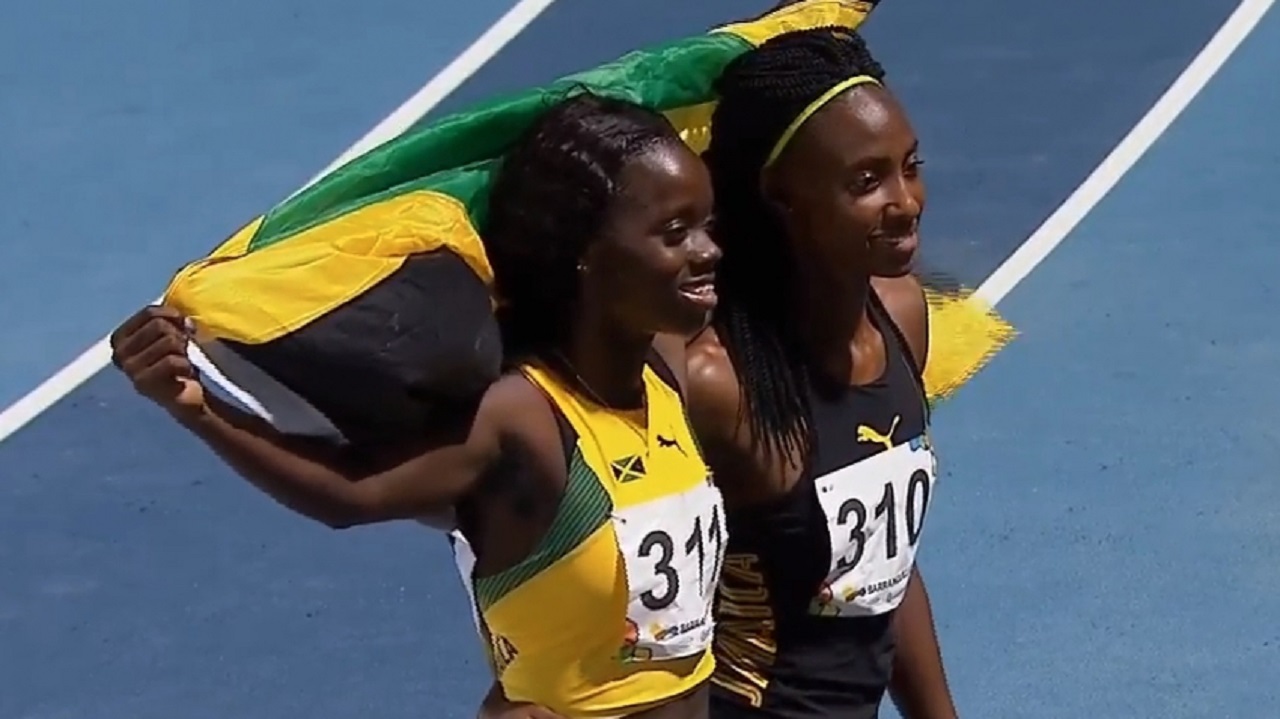 There was another gold medal for Jamaica on the day, this in badminton as Gareth Henry and Samuel Ricketts won the men's double competition.

The three victories enabled Jamaica to enjoyed their best performance ever in the history of the Games.

Eight of the country´s 12 gold medals won at the Games have been achieved in athletics.

Jamaica ended the night with two other medals courtesy of Jodean Williams, who finished third in the women's 200m final behind Forbes and Derri Hill, who also had a third place finish, this behind James in the women's 400m final.

Running in Lane 4, Forbes, the 2017 World University Games 100m champion, controlled the race from the blocks, quickly erasing the stagger between herself and Dominican Republic's Marileidy Paulino Paulino within the first 20 metres.

Forbes stormed into the straight well clear to clock a season best 22.80 seconds for the gold medal. The fast-finishing Semoy Hackett of Trinidad and Tobago finished second for the silver medal in 22.95, just beating  Williams, who had to settle for third place and the bronze in  22.96.

James put in a commanding performance to claim the women’s 400m crown and Jamaica's seventh gold in athletics.

The powerfully striding James came home in 52.35 seconds, well clear of 17-year-old Fiordaliza Colil of the Dominican Republic, who finished second for the silver medal in a season best 52.72. James' Jamaican teammate Hill finished third for bronze in 53.30.

In the men's 200m final, the Jamaican pair of Rasheed Dwyer (20.41) and Jahnoy Thompson (20.56) had to settle for fourth and fifth respectively as Bernardo Baloyes became the first Colombian athlete to take gold in the event in the history of the Games.

After running two national and Games records on Tuesday, Baloyes ran 20.13 to prevail over Panama´s Alonso Edward (20.17) and Trinidad and Tobago´s Kyle Greaux (20.17). On Tuesday, the silver and bronze medallists had become the first two men to break the 20-second barrier in the history of the Games.

In the badminton competition, Henry and Ricketts defeated Oselni Gurrero and Leodannis Martinez of Cuba 21-12, 11-21, 21-19 for the gold medal in men's doubles.

The five medals on the night kept Jamaica eighth on the table with 27 medals - 12 gold, four silver and 11 bronze.