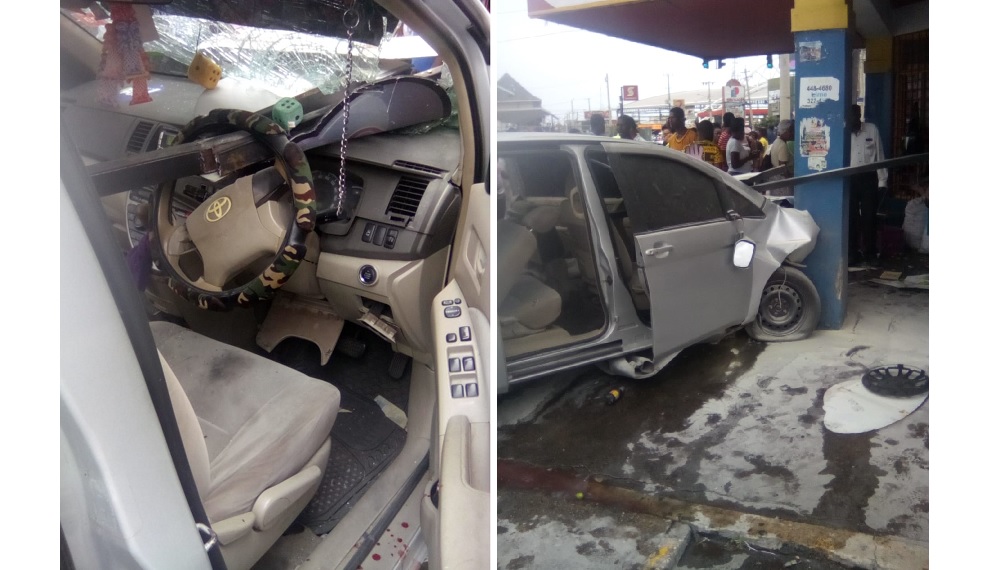 Combination of photos showing the interior and exterior of a robot taxi in the aftermath of an accident in Half Way Tree, St Andrew on Thursday afternoon. (PHOTOS: Karyl Walker)

Several people were injured after a robot taxi ploughed through a metal railing and was braced by a sign post in Half Way Tree, St Andrew early Thursday afternoon.

Persons who claimed to be eyewitnesses to the accident said the driver of the vehicle was attempting to switch lanes when he was clipped by another vehicle travelling in the same direction in the vicinity of the Premier Plaza. The slight collision sent the driver heading towards the entrance of a fabric store, where a female fruit vendor was also injured and her wares splattered about.

The woman told onlookers that her knee was swollen and in pain.

“Me knee damage but me lucky cause me never see the car coming and me coulda dead,” the woman said. 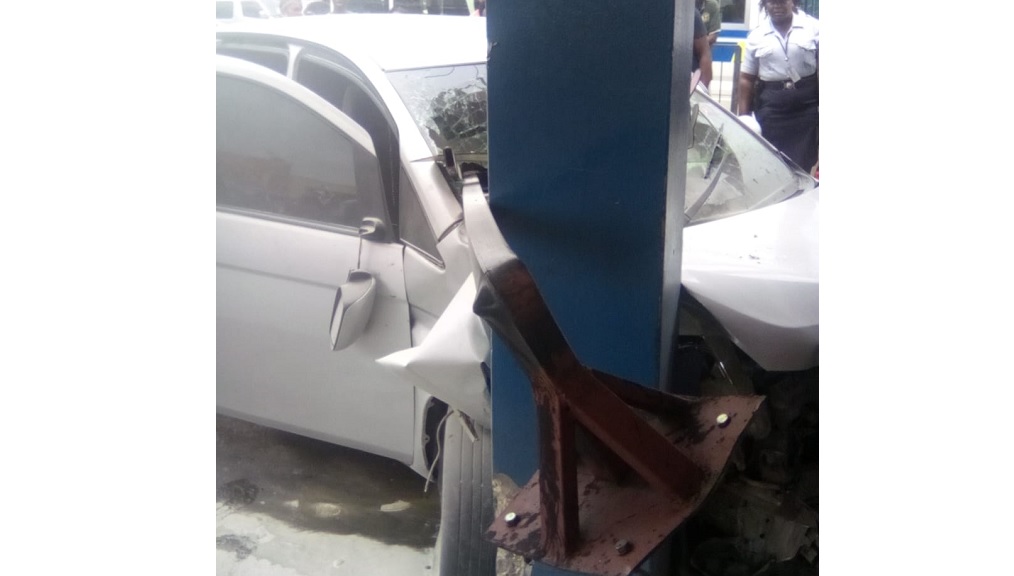 A cop on the scene told Loop News that the driver of the vehicle had lost a finger and that an elderly man, who was travelling in the front passenger seat, had suffered head injuries. The extent of the injuries of the other passengers was not ascertained on the scene.

The incident drew the ire of a large crowd that had gathered around the scene and many were overheard berating the ill-mannered driving habits of robot taxi operators.

“Them go on like is them alone use the road. Them switch lane at random and have no regard for people’s lives. Thank God it never worse,” one woman said.

Police on the scene said the driver may be facing criminal charges as the vehicle was not registered to ferry public passengers.