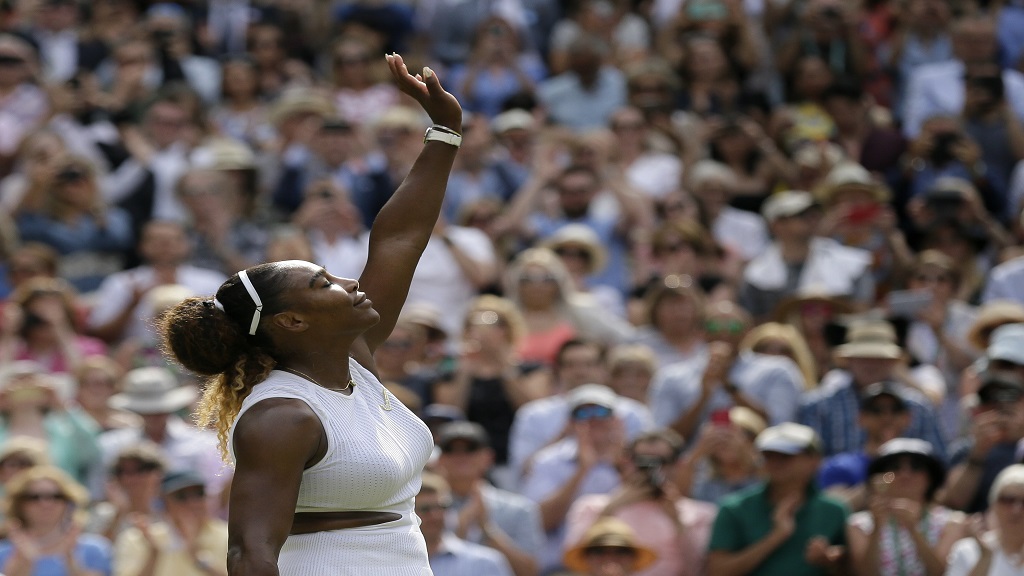 Serena Williams made it look easy in the Wimbledon semifinals. What she really cares about, of course, is what comes next.

Williams is once again on the verge of an eighth Wimbledon championship and 24th Grand Slam title, moving into the final at the All England Club with a 6-1, 6-2 victory over an overmatched Barbora Strycova of the Czech Republic on Thursday.

On Saturday, Williams will take on No. 7-seeded Simona Halep of Romania, a 6-1, 6-3 winner over No. 8 Elina Svitolina of Ukraine under a cloudy sky at Centre Court. 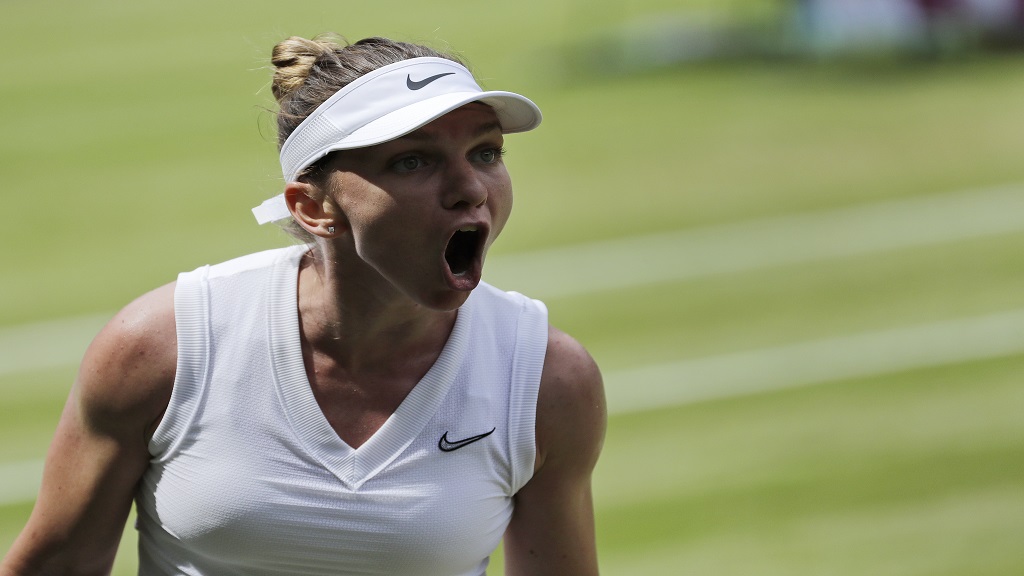 It'll be the 11th final at the All England Club for Williams and the first for Halep, whose only major trophy came at the French Open last year.

"I look forward to it," Williams said.

Why wouldn't she? She owns a 9-1 career record against Halep, including a victory in the Australian Open's fourth round in January.

Still, the 37-year-old American also knows that she's been this close to No. 24 before: In 2018, her first season back on tour after the birth of her daughter, Olympia, Williams reached the finals at Wimbledon and the U.S. Open but lost each time.

That has left her Grand Slam total at 23, a record for the professional era and one fewer than Margaret Court accumulated while playing part of her career against amateur competition.

"I have a great job and I love what I do," Williams said, "and I'm still pretty good at what I do, I guess."

It's been an up-and-down year because of illness and injury, limiting Williams to 12 matches until last week. After a third-round loss at Roland Garros on June 1, she stayed in France for medical treatment and finally felt pain-free while preparing for Wimbledon in England.

"It's definitely a lot better," Williams said. "Every match, I know that I'm improving."

After a three-set struggle against Alison Riske in the quarterfinals Tuesday, Williams was at her dominant best against Strycova, who appeared limited by some sort of issue with her right leg. As it is, the 33-year-old Strycova was the oldest first-time Grand Slam semifinalist in the professional era.

Williams played cleanly, accumulating nearly twice as many winners as unforced errors, 28-10. She was at her usual court-covering best, which helped limit Strycova to 10 winners. And Williams played calmly.

The semifinal's turning point came quickly. Ahead 2-1 in the first set while Strycova served at 30-all, Williams sailed a backhand return way long and let out a cry of "Aaah!"

Maybe that got her going, because she simply took over.

Williams took the next point with a swinging forehand volley winner on the 16th stroke, then one after that when Strycova's mediocre drop shot landed in the net. Having offered up a break point, Strycova crouched at the baseline and rested her racket on her head.

A cross-court forehand passing shot delivered the break for Williams, and Strycova bent over again, one of the initial signs that she was dealing with something physical.

The runaway was on: Williams seized seven points in a row and 16 of 20 to close out that set.

Strycova would repeatedly flex or shake her legs between points or try to stretch in her sideline chair by pulling her right foot onto her left knee and rocking her leg. Nothing was going to help her slow down Williams on this afternoon, and the match was over after 59 minutes.

Halep seemed headed for a long day when her semifinal against Svitolina began with a pair of games encompassing 32 points across 20 minutes.

Halep excels at this type of play, more frequently seen on clay courts than grass, and soon enough was on her way to her fifth Grand Slam final.

Like Strycova, Svitolina never had been to the final four at any Slam. With her boyfriend, former top-10 player Gael Monfils, in the stands, Svitolina made things competitive enough at the outset.

Svitolina even earned three break chances in that opening game, but Halep eventually held there on the 16th point. Another game of the same length followed, and there again were three break points, except the difference was that Halep converted her last when Svitolina pushed a backhand wide.

While Svitolina would break back at love, that was pretty much the end of her challenge to Halep, who scrambled to cover the court so well, took balls early and created angles that earned her points.

That style of play serves the Romanian so well at Roland Garros, where she was the runner-up twice in addition to last year's title. Halep also reached an Australian Open final.

The former No. 1 never had that kind of success at Wimbledon until now.

Her play was intense Thursday. So was her body language, including when Halep looked up at her coach, yelled and extended an arm in the first set's final game.

By then, she was in control. Now comes a tougher task: beating Williams.

"I respect a lot what she has done and what she's doing," Halep said. "But now I feel stronger, mentally, facing her. We will see what is going to happen. It's just a big challenge for me."

Federer vs Nadal, Djokovic vs Bautista Agut at Wimbledon

Dream team Serena and Murray march into third round