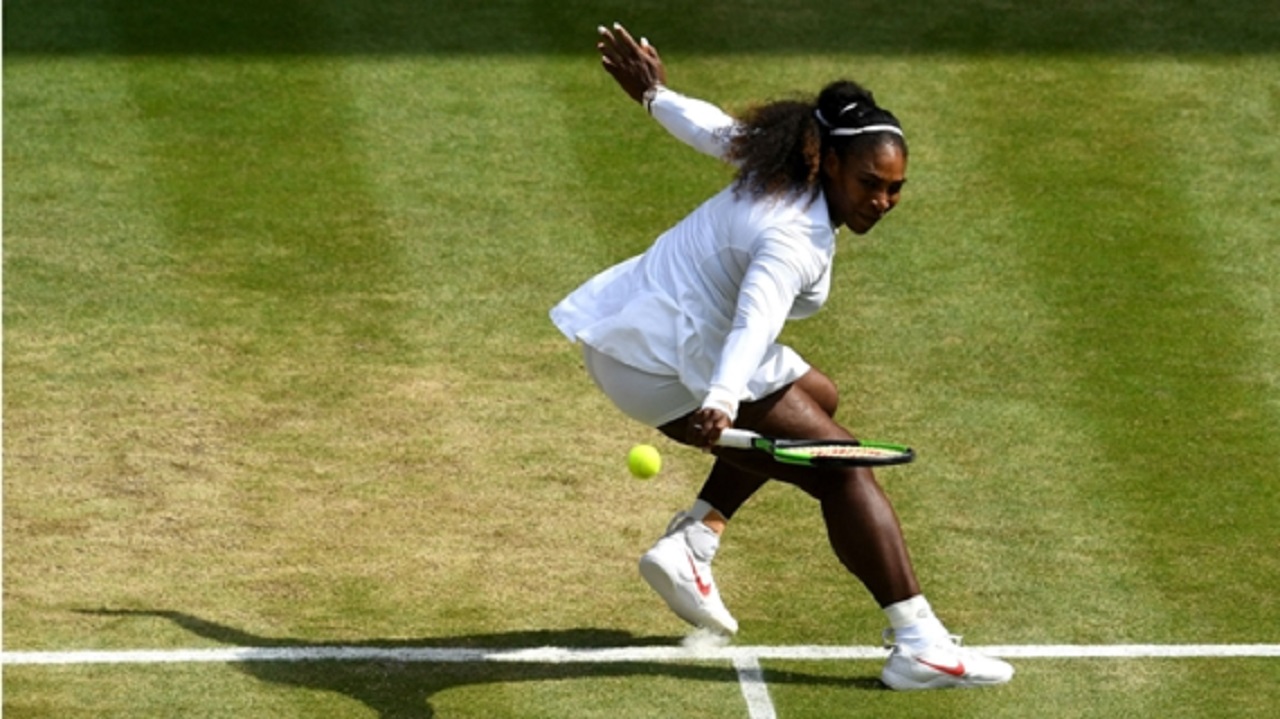 Serena Williams is one win away from equalling Margaret Court's grand slam record of 24 titles after cruising past Julia Goerges on Thursday into the Wimbledon final.

Williams has improved round by round at SW19 over the past two weeks and her power was a joy to behold as surprise semi-finalist Goerges was beaten 6-2 6-4.

Prowling the baseline, Williams was aggressive and precise with her groundstrokes, keeping Goerges pinned back and working hard just to remain in rallies.

The sheer energy it took to stay with the 25th seed eventually took its toll, though, and Williams was ruthless in converting

Williams will now face Angelique Kerber in Saturday's final in a repeat of the 2016 showpiece, a match the American won in straight sets.

In the early stages Goerges was brimming with confidence, her serve and forehand getting some success that suggested an upset was not out of the question.

However, unforced errors were her downfall and particularly costly given Williams' unerring accuracy and solid service games.

Williams' movement is far from the best on tour but her game is so well oiled that it does not matter, her ability to control proceedings ensuring she was always perfectly placed to unleash another groundstroke.

Goerges' resistance was broken in the sixth game as Williams peppered the baseline, a great cross-court forehand on the run forcing a crucial mistake from the German.

Leading 4-2, Williams powered into a one-set lead, breaking Goerges to love to move ahead.

Her 35th grand slam semi quickly raced to a conclusion as Williams stepped on the gas, Goerges trying to mix things up but failing in her execution.

A poor drop shot handed Williams a 4-2 lead in the second, the seven-time champion having executed a crisp backhand the point before that Goerges could get nowhere near.

Williams duly raced to victory, delighting the packed Centre Court crowd with a display that confirms the 36-year-old is nearing her best form at the perfect moment.