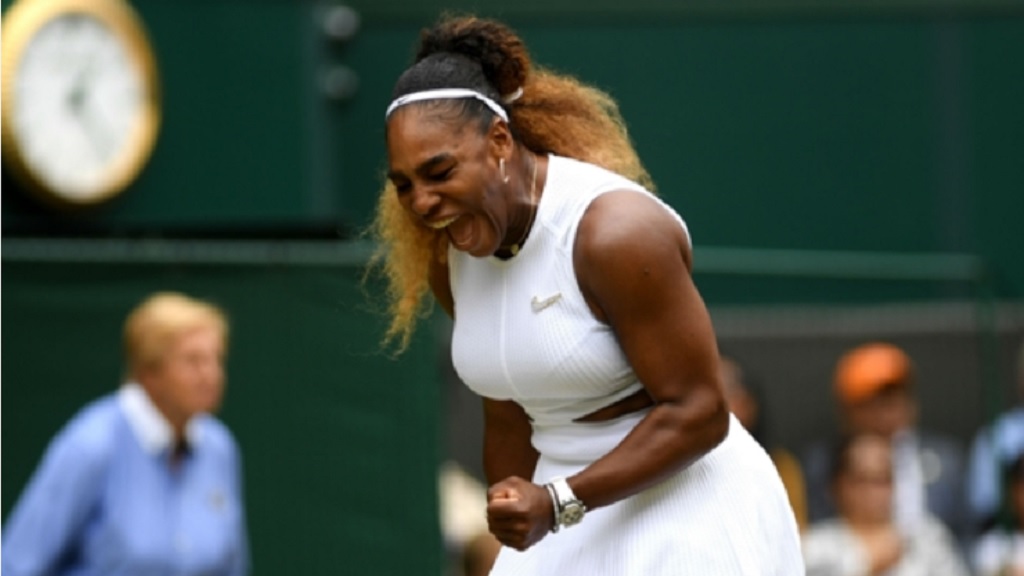 The unseeded Riske declared she was "ready for war" in her first grand slam quarter-final and kept to her word on Centre Court before finally going down 6-4, 4-6, 6-3.

Riske had lost one of 14 grass-court matches this year and pushed her esteemed compatriot all the way before an 18th Williams ace ended a thrilling contest.

Last-year's runner-up struck 48 winners in an absorbing match against the attacking Riske and will put her fitness levels to the test by returning for doubles action with Andy Murray later in the day.

Fired-up Pittsburgh native Riske beat world number one Ashleigh Barty to reach the last eight and was clearly not overawed as she took a 3-1 lead, but Williams was level at 3-3.

Riske took that setback on the chin, breaking with a searing backhand return but again failing to consolidate and the seven-time champion found another gear to win three games in a row for the set

A cushioned Williams backhand volley had Riske scurrying in vain during the first game of the second, the veteran also firing down two booming aces to hold.

Riske continued to come forward at every opportunity and broke to lead 5-4 with a majestic half-volley, then served out the set to love with no hint of nerves.

The underdog conjured up another winner to start the decider with a break after Williams had her ankle taped, but the former world number one hit straight back - a rasping forehand return making it 1-1.

Williams applied the pressure and a fourth double fault from Riske left her 3-1 down, but back came the world number 55 to get back on serve following a couple of huge returns.

Yet she was shaking her head after Williams showed great anticipation to get her nose in front at 5-3, before serving out the match to end Riske's best major run.