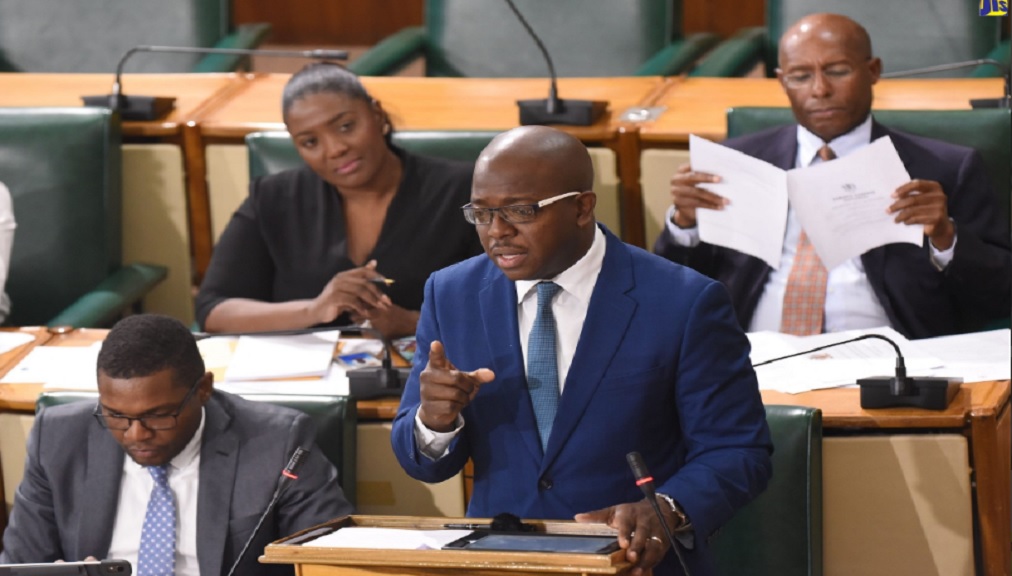 A Bill which seeks to merge functions of the HEART Trust/NTA with the National Youth Service (NYS), the Apprenticeship Board and the Jamaican Foundation for Lifelong Learning (JFLL), was approved by the Senate on December 6.

Entitled, the Human Employment and Resources Training (Amendment) and Change of Name Act, 2019, it was passed with 17 amendments.

The Act will also repeal the Apprenticeship Act and the National Youth Service Act. It was approved in the House of Representatives with 23 amendments on November 19.

The merger will create an institution that will refocus all the Government’s training resources into one agency.

Acting Leader of Government Business in the Senate, Pearnel Charles Jnr., said the Bill seeks to give effect to the decision of the Government, under the Public Sector Master Rationalisation Plan, to merge public bodies and agencies which share synergies of functions and resources.

“The decision to merge the HEART Trust/NTA with the National Youth Service and the Apprenticeship Board is consistent with this plan, which aims to create a more efficient and effective public sector,” Senator Charles Jnr. said.

“It is considered that the merger of the functions and resources of the entities will solidify several benefits, including, but not limited to: the rationalisation of programmes and systems to efficiently and effectively meet the education and training needs of Jamaicans; the avoidance of duplication of administrative and other functions; the facilitation of the full alignment of remedial training, technical and vocational training and support of the employability skills programme; improvement of the quality of graduate output and expansion of training opportunities to unattached youth and youth-at-risk-in Jamaica,” he added.

Senator Charles Jnr. said the Bill is a critical element of human capital development and is a manifestation of a passionate mission that was conceptualised by the late former Prime Minister, the Edward Seaga, who established the HEART Trust/NTA.

“The Human Employment and Resource Training (Amendment) and Change of Name Act, 2019, will provide the legal framework that will allow us to build on the successful policies implemented over the past two years, which saw the administrative merger of the HEART Trust with the National Youth Service Board, the Jamaican Foundation for Lifelong Learning Limited and the Apprenticeship Board,” Senator Charles Jnr. said.

He said this policy initiative is to return the HEART Trust to the original vision of an institution with a significant role to play in nation-building, to ensure that no Jamaican youth is left behind.

“The Bill will streamline training processes; clearly establish the rights and obligations of trainees, employers and the HEART Trust/NTA; provide for such transitional measures as are necessary to facilitate the smooth transfer of administrative responsibilities to the Trust and provide for the issuance, validation or recognition, as required, of certificates or other academic qualifications, distinctions or awards to current and former participants of the training programmes now merged with the Trust,” he said.