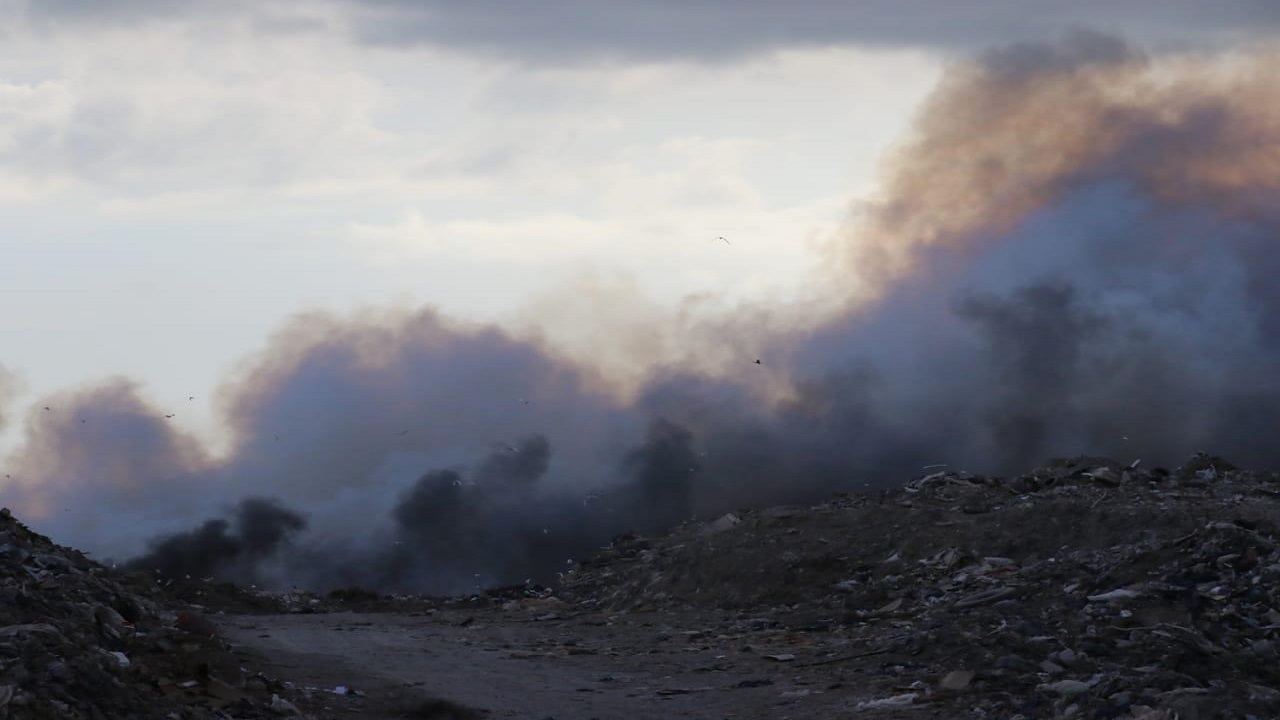 Fire and smoke being generated from the Riverton waste disposal site in St Andrew on Sunday. The fire has reportedly been brought under control, but the smoke nuisance is still being addressed.

In the face of threats being meted out to them, Local Government Minister, Desmond McKenzie, has indicated that he has secured “enhanced protection” for the workers who are involved in handling the residual smoke at the Riverton waste disposal site following a fire at the facility that was believed to have been deliberately set on Sunday.

While the fire is said to have been extinguished, there is some amount of smoke still coming from the facility and efforts continue to address the smoke nuisance.

“They (the workers) have been threatened by unscrupulous persons who, as I indicated before, have a tradition of setting fires at Riverton with the intent of profiting from putting them out,” McKenzie said in a statement that was issued Wednesday night.

“Based on intelligence so far obtained, arrangements have been made for enhanced security not only at Riverton, but at all the disposal sites affected by fires recently, including Retirement in St James and Church Corner in St Thomas. This Administration will not bow to any form of intimidation from the lawless in our society,” McKenzie added.

The minister said the incident is further evidence that the fires that have occurred at the disposal sites over the past six weeks have been organised.

“The people who are doing this are well aware that there are expenses incurred in extinguishing the fires, and this sabotage, this assault on the environment, is driven substantially by a cynical desire to make money. They do not represent the average Jamaican who I call on today to support the Government and expose and condemn them for their callous and illegal actions,” said McKenzie.

He said the macro-economic gains made by the Government, and the governance and social interventions that have been made through the Ministry of Local Government and Community Development will not be allowed to be hindered by people who are unconcerned about the health and well-being of their fellow citizens.

It has cost successive governments, by extension taxpayers, hundreds of millions of dollars to put out fires at the country’s disposal site over recent years. The Riverton facility, the largest in the country, is believed to have been lit on numerous occasions by arsonists. The environmental and health costs are still to be quantified.