Security Ministry presents $29.2m in scholarships for children of cops 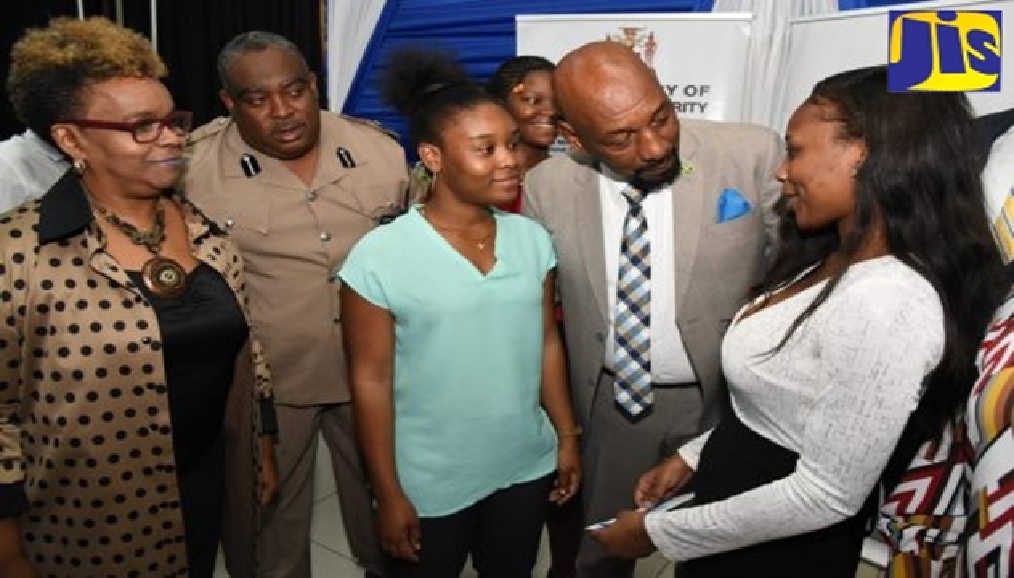 Eighty-three students of deceased, injured or serving police officers were presented with scholarships at the Police Officers’ Club in St. Andrew on January 15.

Each recipient received a scholarship valued at $200,000 per academic year of study.

Since 2003, a total of 887 children of Jamaica Constabulary Force members have been awarded scholarships to access tertiary education at local institutions.

Speaking at the ceremony, Permanent Secretary in the Ministry of National Security, Dianne McIntosh, congratulated the recipients, noting that the Ministry takes pride in celebrating 83 budding dreams of well-deserving scholarship recipients.

“By investing in these young minds, we are one step closer to a brighter future. Education is the one sure way of uplifting the entire environment, nation and space,” she said.

The Permanent Secretary encouraged the recipients to continue pursuing academic excellence while giving back through voluntarism.

She paid homage to members of the JCF, noting that the scholarships serve as a “symbol of our nation’s appreciation for you the parents, the men and women who serve and protect the Jamaican people”.

She added, too, that the system was implemented to reduce the paperwork and the manual operations that retard the process, by allowing online submissions of official documents.

In her remarks, General Secretary, Jamaica Police Federation, Tameca Thomas, encouraged the participants to “do well”, pointing out that in 2007, following negotiations, the number and value of the scholarships were increased with all accredited institutions.

Ms Thomas pointed out that in academic year 2019/20, a total of 100 scholarships were on offer with a total of $200,000 available per year to each person, at any accredited university in the country, as long as the awardee maintains the minimum 2.5 GPA requirement.

“Approved renewals for the 2019/20 academic year totalled 62, with 15 missing out on achieving the required grade-point average,” she said, urging those who missed out to “work harder”.

“We intend to engage the Ministry of National Security as a partner in this effort to seek to build flexibility into the programme, so that a scholarship not renewed can be awarded to another student,” Ms Thomas said.

She noted that the recipients have made their mark in medicine, law, computer sciences, and banking, among others.

Student, Jody-Ann Maitland, expressed appreciation for the scholarships on behalf of the group.

She called on her colleagues to be change agents in the country.

The scholarships are in keeping with the Heads of Agreement signed between the Ministry of Finance and the Jamaica Police Federation.