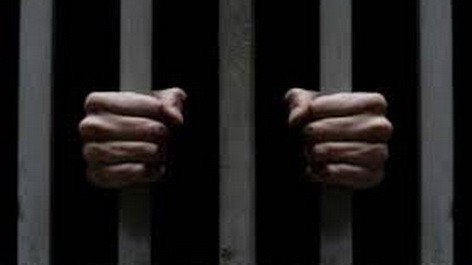 File photo of an inmate behind bars.

The police have recaptured a second person who escaped from the Linstead lock-up in St Catherine, on Wednesday.

He has been identified as 22-year-old Daniel James of Troja, St Catherine.  He was apprehended at approximately 7:30 am on Thursday. Police said James was in custody on a rape charge.

James along with five others escaped from the facility on Wednesday. Another escapee Alwayne Shakespeare, was recaptured in the Linstead Market on Wednesday shortly after the jail break was discovered.

Those still on the run are:

Shane Wellington, 25-year-old resident of Cassava Pond in Ewarton. He is charged with murder;

Ezroy Cohen, 28-year-old of Banbury, Linstead, who is charged with burglary and rape;

Damion Daley, 24-year-old resident of Banbury, Linstead. He is charged with arson;