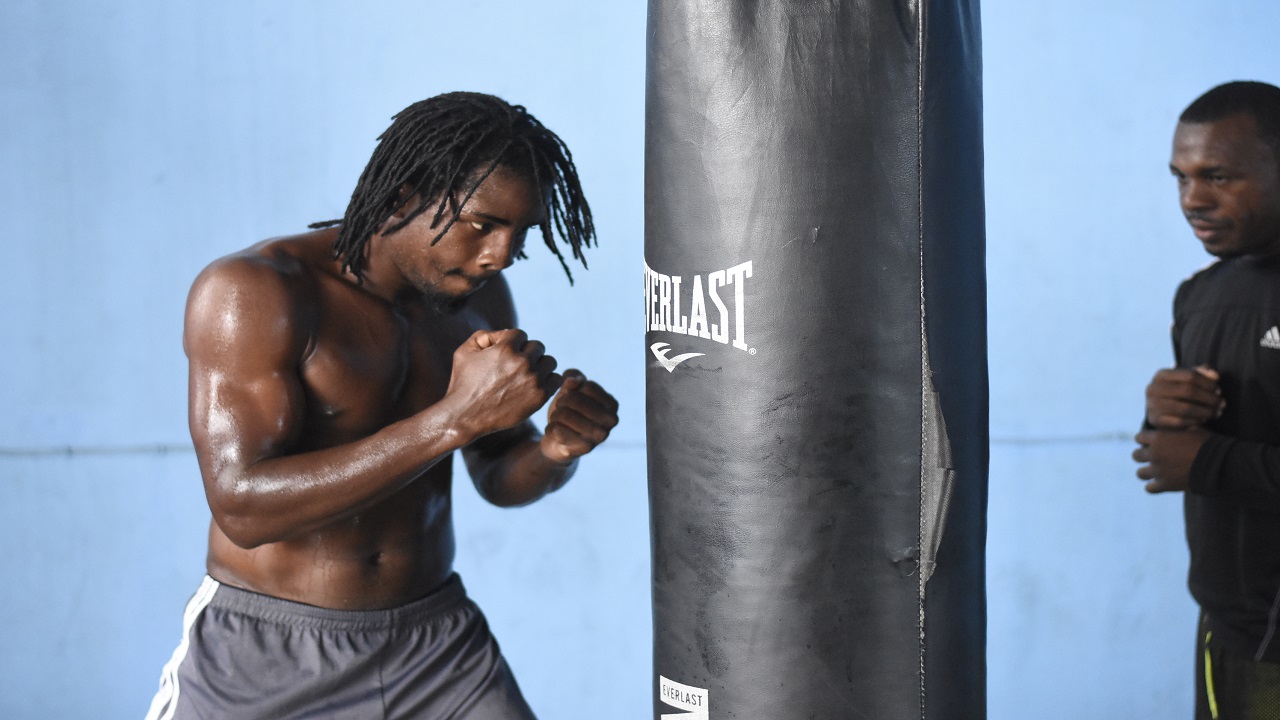 Season 8 of the Wray and Nephew Contender Series starts on Wednesday night with Jamaican Richard ‘Frog’ Holmes looking to justify top ranking when he faces Canada’s Lloyd Reyes over five rounds, at the Chinese Benevolent Association.

The made-for-TV series comprises 16 boxers - eight each from Jamaica and Canada.

Also included in the Jamaican line-up is the talented Michael Gardener, who makes his second appearance in the series.

Gardener entered the series in 2016 when it was confined to welterweight boxers and made it to the semi-finals where he lost to the out-of-class American DeMarcus ‘Chop Chp’ Corley, who went on to take the title.

He is well groomed for this year's series and is the big favourite to win the title.

The other Jamaican boxers are Devon ‘Concrete’ Moncrieffe, who won the 2013 series, Ramel ‘Sub-Zero’ Lewis, Toriano Nicholas, Fabian Tucker, Nico Yeyo and Sceantonie Johnson, who will be making his professional debut.

Dave Leblond, who made his debut in the Contender Series last year, heads the Canadian outfit.

Holmes has been paying keen attention to a certain detail in the Wray and Nephew Rum Contender Series down the years and notes that the historical forecast bodes well in his favour.

It is the first in the eight-card Jamaica vs Canada welterweight preliminary series, which advances the winner to the next stage of the competition. This fact is not lost on Holmes.

“The first fight in the competition always means a lot because it’s a fight that you have to win to carry on to the next round, so I’m looking forward to the victory on Wednesday night,” he pointed out.

On paper, Reyes appears the perfect match as he is making his professional debut in boxing.

However, he has been a pro fighter for years, only that he has been involved in less conventional disciplines such as Mixed Martial Arts, Brazilian jujitsu and Mai Thai.

Born in Guyana, Reyes moved to Canada almost 18 years ago and has been fighting competitively for nine years. He is listed by Sher Dog, the global authority on Mixed Martial Arts, as having won all four professional MMA bouts, two by knockout and two by TKO and believes the different combinations will present an unusual challenge for Holmes.

He added: “I want this fight to last obviously all five rounds, I want to give who’s watching a good, entertaining five rounds.

“I’ve been training hard, non-stop since I got down to Jamaica, I’ve been going to the gym, working out hard, all of that. I want to make sure everybody enjoy themselves, enjoy the fight and say ‘wow, that guy Lloyd Reyes is really tough’ and enjoy it and want to see me come back and fight, want to see me more and more."

Holmes admitted having a decent preparation as well and noted that his opponent had better be ‘ready’.

“I’ve been working real hard in the gym, getting myself ready, running, getting my sparring, etcetera. I believe I’m really ready for this fight on Wednesday night,” he said.

“My opponent, he has to make sure that he comes ready as well because I’m coming to win and I’m not going home a loser,” Holmes added.

Reyes has the same idea, plus additional motivation.

“My birthday is on Sunday, so it would be a good birthday present,” Reyes said.

First-round action will be over five rounds. In the second round, the fighters will go at each other over seven rounds and the finals will be fought over 10 rounds.

Action will be broadcast live on TVJ, beginning at 9:00 p.m.

'Frog' says he has found the winning formula for Contender Series