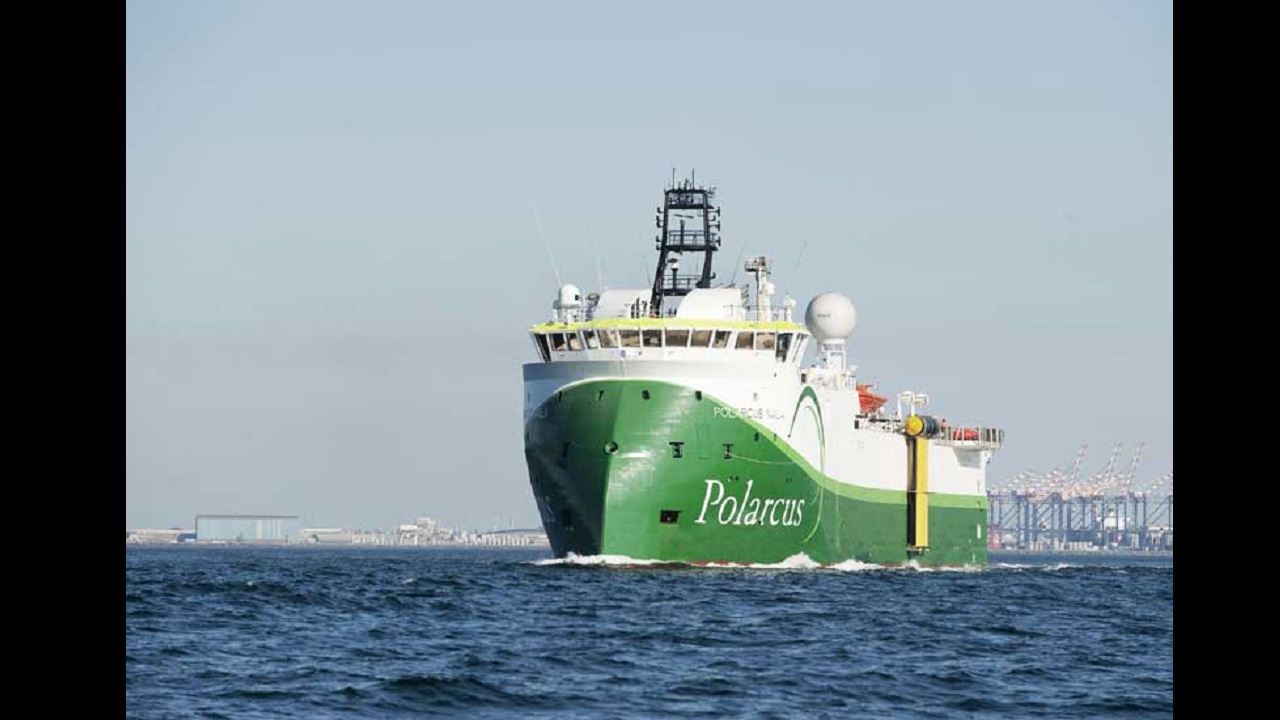 A seismic survey vessel from the fleet operated by marine geophysical company, Polarcus. Polarcus has been contracted by Tullow Oil to carry out the first ever 3D seismic surveys in Jamaica’s offshore as the search for oil and gas intensifies.

The Petroleum Corporation of Jamaica (PCJ) has announced that Tullow Oil is set to start the first ever 3D seismic surveys in Jamaica’s offshore in the third week of March 2018 as the search for oil and gas intensifies.

The marine survey will be conducted over a 2250 square kilometre area within the Walton Morant Block south of Jamaica.  It will be the most advanced and detailed data investigations ever undertaken in Jamaica’s offshore.

The researchers will utilise a sound based method which will generate detailed 3D images of rock layers beneath the seafloor which will be analysed to identify potential oil and gas reservoirs.  The data gathering exercise will be carried out by marine geophysical company, Polarcus.  The work is expected to last approximately 50 days and then the processing of the data collected will take between six and twelve months.  Interpretation of the 3D data will then follow.

The 3D seismic work has been commissioned based on encouraging results from two rounds of 2D surveys conducted over the last two years.  In comparison to the 2D surveys, the 3D work will zoom in on smaller sections of the subsurface, provide more coverage of the survey area and the findings should definitively influence any decisions to drill.

The meeting provided the stakeholders with an overview of all previous activities and outlined the activities to be carried out as part of the survey as well as an opportunity to have any questions or concerns addressed. Among the measures outlined to ensure the safety of the environment as well as marine life and users are exclusion zones to protect sea users. Also, there will be three scouting vessels with Marine Mammal Observers (MMO) and Passive Acoustic Monitoring (PAM) Operators on-board during the survey to intercept vessels and prevent them from moving into unsafe positions. Tullow also plans to hold meetings with stakeholders at major fishing villages including Alligator Pond, Rocky Point, Old Harbour Bay and the Pedro Cays to sensitize them about the seismic survey activities.

While assuring the stakeholders of the of the safety of the survey, Tullow Country Representative to Jamaica, Joachim Vogt said, “Our operations are not expected to affect any protected areas, recreational activities or have any negative impact on marine species as we will adhere to  environmental safety procedures and conduct our activities with due diligence. Also, the survey will be conducted in a concentrated area in deep water which should reduce environmental impact.”

The PCJ’s Group General Manager, Winston Watson said, “Decisions in the Oil and Gas Industry are data driven and with 3D surveys we will have definitive scientific information that will determine our next steps.  At the same time, the progression of the exploratory work being done by Tullow is an encouraging sign that the hard work the PCJ has been doing on oil and gas exploration is paying off.”