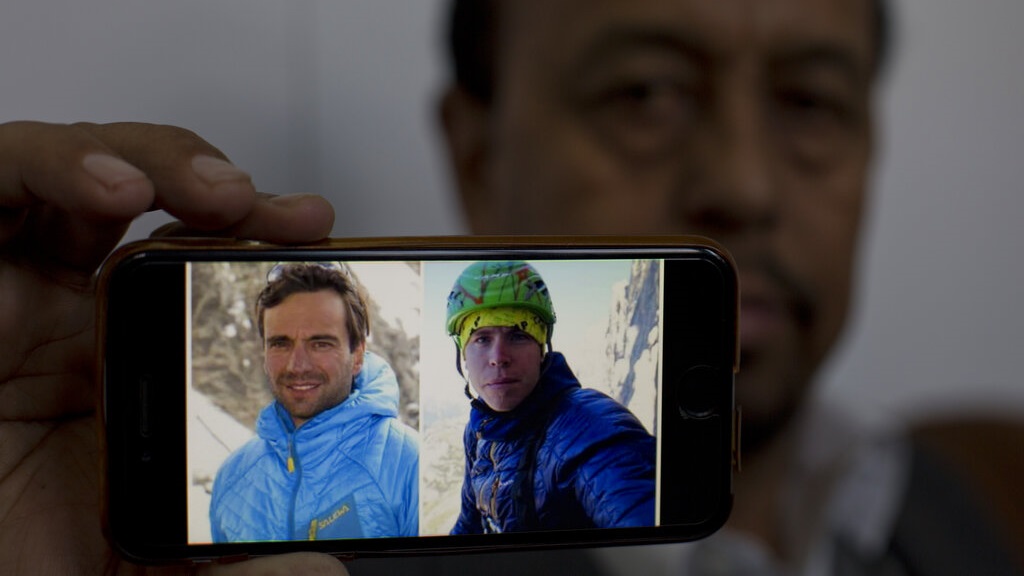 Armed with drones and hoping for a miracle, Spanish and Pakistani mountaineers resumed their search on Tuesday for two European climbers who went missing over a week ago on the world's ninth-highest mountain in bad weather, officials said.

The search for Italian Daniele Nardi and Scotsman Tom Ballard, missing for more than a week on Nanga Parbat — known as "Killer Mountain" because of its dangerous conditions — produced no leads on Monday, increasing fears the pair may have perished.

Karrar Haidri, the secretary of the Alpine Club of Pakistan, said that despite the long time that Nardi and Ballard have been missing, the search-and-rescue team was still holding out hope.

"Miracles do happen and have happened in the past in such incidents so we are hoping to find them," he said.

Family members and friends of the missing climbers have raised funds to continue the search operation, he added. Pakistan's military has provided helicopters for the search that took off from the northern Pakistani town of Skardu.

Italian Ambassador Stefano Pontecorvo tweeted that the search resumed on Tuesday and that the rescuers were planning to use drones. He praised the Pakistani and Spanish mountaineers trying to trace Nardi and Ballar.

Ballard's disappearance on the mountain with a peak of 8,126 meters (26,660 feet) has hit Scotland particularly hard because he is the son of Alison Hargreaves, the first woman to scale Mount Everest alone.

She died at age 33 while descending the summit of K2, also part of the Himalayas.

Mountain guide Sandy Allan, who climbed with Hargreaves and knew Ballard, said on Monday he remained hopeful but admitted to having some "negative thoughts" after rescue flights failed to locate the pair.

"I think people are getting really worried and very sad about the whole thing," said Allan.

Nardi, 42, from near Rome, has attempted the Nanga Parbat summit in winter several times in the past. Ballard, 30, also a skilled climber, in 2015 became the first person to solo climb all six major north faces of the Alps in one winter.

The search team includes Spaniard Alex Txikon and his three colleagues, including a physician, and also Pakistani mountaineer Ali Sadpara who is familiar with the peak.

Bad weather twice forced the search teams to halt the operation last week. But the search mission helicopters flew even after Pakistan shut its airspace because of an escalation with neighboring India over the disputed region of Kashmir.

Pakistani officials say their helicopters will continue assisting the families of the climbers until they decide to halt the search.

Watch: Boy, 12, survives avalanche that buried him for 40 minutes