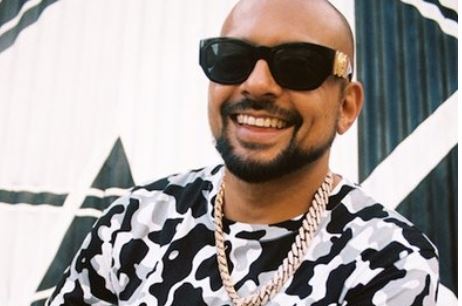 Participating in the Glastonbury Festival aligns well with the international dancehall star’s climate preservation efforts as a climate change ambassador.

Grammy Award winner Sean Paul recently concluded the first phase of his European Summer Tour earlier this month and fans in Europe can expect the second phase of the tour to begin on Friday, June 28, 2019.

The tour’s second leg is scheduled to kick off in Brussels, Belgium and is followed by a highly anticipated headline performance at the renowned Glastonbury Festival held at Worthy Farm in the United Kingdom on Saturday, June 29.

The festival recently announced that Sean Paul is the headlining act at the John Peel Stage this Saturday, and is expected to take the stage at 10:30 p.m. The major stage is a homage to John Peel, a former English disc jockey, record producer and veteran journalist. The John Peel stage previously featured the musical likes of Bruce Springsteen, Calvin Harris and George Ezra.

International acts such as Janet Jackson, Lauryn Hill, Stormzy and Janelle Monae will also be performing across various stages at the festival this weekend.

Sean Paul’s rapidly growing fanbase saw a noteworthy boom recently, which is being propelled by the continued success of the bilingual hit single Contra La Pared by Sean Paul and Colombian singer J Balvin. The single has received over 1 Million streams on Spotify and has increased Sean Paul’s social presence across the Latin and European communities.

This expanded social presence represents a perfect blend of the patrons anticipated to attend at the Glastonbury Festival this weekend.

The festival which is scheduled to take place from Wednesday, June 26 to Sunday, June 30, 2019, is labelled as one of the top five music festivals worldwide and has sold out sales yearly. This weekend is the 49th edition and is expected to attract over 175,000 patrons.

Participating in the Glastonbury Festival aligns well with the international dancehall star’s climate preservation efforts as a climate change ambassador.

This, as festival organizers are strongly campaigning for patrons to bring reusable bottles and cups; it was announced by Emily Eavis, the co-organiser of the festival, that there will be no selling of single-use plastics and plastic bottles at festival events.

The Contra La Pared star’s tour will continue across Europe and includes shows in The Netherlands, Romania, Hungary, Croatia, Germany, and is scheduled to end on Thursday, July 11, 2019, at the Stonara Rap Festival held in Stornara, Italy.

The artiste’s dominance of the local and international airwaves continues with his latest singles including Genna Level released on the Callaloo Riddim by Sean’s Dutty Rock Productions record label and Life We Living which features Jamaican dancehall act Squash.