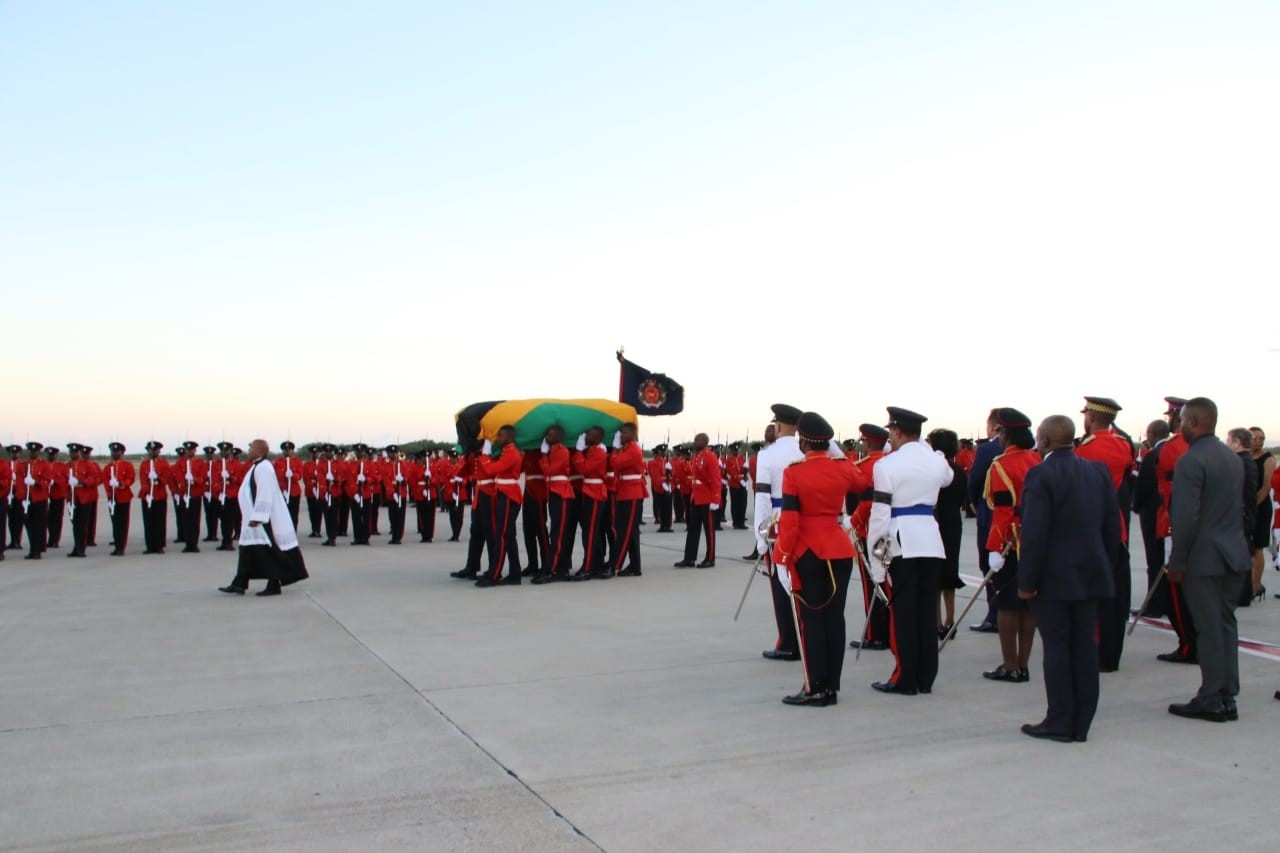 The body of late former Prime Minister, Edward Seaga, is to lie in state on Wednesday, June 5 at the Jamaica Labour Party (JLP) headquarters at Belmont Road in New Kingston between 11:00 a.m. and 2:00 p.m.

According to a statement from the Minister of Culture, Gender, Entertainment and Sport, Olivia Grange, Seaga will lie in state at the Civic Centre, Sam Sharpe Square, Montego Bay, St James from 9:00 a.m. to 12:00 p.m. on Friday, June 7, and from 2:00 p.m. to 5:00 p.m. at St John’s Anglican Church, Ocho Rios, St Ann.

At 7:00 p.m. there will be a candlelight vigil at Ocho Rios Pier, St Ann, where members of the Watt Town Revival Church will participate in the ceremony.

Seaga was largely credited with developing the town of Ocho Rios in the 1960s.

The following day - June 11 - the body of the country’s fifth prime minister will lie in state at the Denham Town Community Centre, also in West Kingston, from 10:00 a.m. to 1:00 p.m.

On Tuesday, June 18, beginning at 7:30 p.m., 'The Arts in Tribute to the Most Honourable Edward Seaga' will take place at the Little Theatre in St Andrew. It will feature performances from the National Dance Theatre Company (NDTC), Jamaica Folk Singers, Tivoli Dance Troupe and more, and spoken tributes from the University of the West Indies (UWI) and the University of Technology (UTech).

A period of official mourning will commence on Wednesday, June 19, and end on Saturday, June 22, and the former prime minister will lie in state at the National Arena in Kingston on the following Wednesday and Thursday from 10:00 a.m. to 2:00 p.m.

In keeping with the family’s wishes, the casket will remain closed and draped with the national flag. Those paying their respects will file past solemnly as directed within the ceremonial area.

A special sitting of both Houses of Parliament will take place on Wednesday, June 19 at 2:00 p.m., at which time parliamentarians will pay their tributes in the chamber where Seaga served as Member of Parliament (MP) for a record unbroken 43 years.

Seaga’s state funeral will take place on Sunday, June 23 at 12:00 p.m. at the Holy Trinity Cathedral. His remains will be interred at National Heroes Park.

The official activities to celebrate the life of the former prime minister started on Monday with the opening of condolence books at the Office of the Prime Minister, the Ministry of Foreign Affairs and Foreign Trade, and at Jamaica’s missions overseas.

In the meantime, the West Kingston constituency will host a series of activities to celebrate the life of the late former prime minister as follows:

Candlelight vigils are being planned for areas across the constituency, including Fletcher’s Land, Mid-Town and Denham Town.

The Government, through the Ministry of Culture, Gender, Entertainment and Sport and its agencies (Jamaica Cultural Development Commission, Jamaica Music Museum etcetera) will use International Reggae Day – July 1, 2019, to highlight and celebrate the contribution Seaga made to the birth and development of reggae music.

The event will be called ‘Music Industry Tribute to the Most Honourable Edward Seaga’, and will be staged at the National Indoor Sports Centre in St Andrew.

Recognition of regional and international communities:

Notifications of the passing of the former prime minister are being issued by the Government through diplomatic channels as is customary.

Announcements will be made at a later date as to foreign personalities who will be in attendance at the funeral.

Several tributes from regional and international governments and leaders have already been received by Prime Minister Andrew Holness.

Seaga hailed as a nation builder