Seaga hailed as a nation builder

Minister without Portfolio in the Office of the Prime Minister, Mike Henry, reflecting on the life and work of late former Prime Minister, Edward Seaga, during an interview with JIS News.

Minister without Portfolio in the Office of the Prime Minister (OPM), Mike Henry, has hailed late former Prime Minister, Edward Seaga, as a nation builder and cultural icon who was instrumental in advancing Jamaica’s creative industries.

“I was his junior Minister in the Ministry of Culture and (worked with) him as Minister of State for Information when the Creative Production and Training Centre (CPTC) was established, and where the whole process of the transference of black and white television to colour (was initiated),” Henry shared.

In reflecting on Seaga’s life and contributions during an interview with JIS News, Henry said “when I made a decision to go into politics, I did so on the basis of Mr Seaga’s history and what I came into contact with in terms of seeking to serve my country.”

The minister said he was inspired by Seaga’s strength of character and zeal to enhance the lives of Jamaica’s most vulnerable citizens.

“What attracted me was his love for the poor. Love in the sense of not leaving them poor, but moving them to the next stage of development,” Henry indicated.

He noted that Seaga’s contribution to the development of music, literature and culture was significant, particularly to Afro centricity.

“That contribution is immeasurable. What we really need now is to see some of this implemented into today’s world, to be able to rebuild and remould the society the way that he himself had desired,” Henry said.

In recounting fond memories of their interactions, Henry said he admired Seaga’s ability to adjust to and ignore some of the distractive issues, and continue along the path he thought should be or needed to be pursued.

Seaga, who was Jamaica’s fifth prime minister, passed away on May 28 in a hospital in the United States, where he was receiving treatment for his illness. He was 89 years old.

He was one of the key architects of Jamaica’s Constitution, which was framed in 1961. 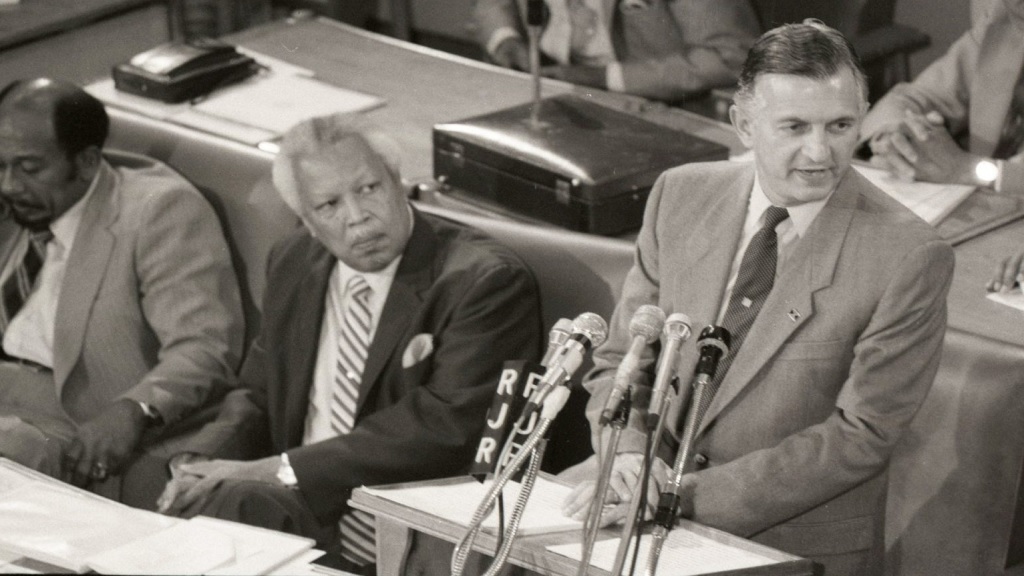 Then Prime Minister Edward Seaga on his feet in Parliament back in the early 1980s.

Seaga initiated a revision of the human rights section of the constitution to provide for a Charter of Fundamental Rights and Freedoms. He also created the Office of the Public Defender.

During the course of his political life, he made a significant impact on Jamaica’s growth and development through the introduction of various programmes and the establishment of institutions across the social, cultural, political and financial landscapes.

These engagements started as early as 1961, with the establishment of Things Jamaican, which served to streamline activities within the local craft industry and associated sectors.

Seaga was also instrumental in establishing the Jamaica Festival Movement, and spearheaded the repatriation of the remains of Marcus Garvey, and his subsequent appointment as the country’s first National Hero.

Seaga represented the constituency of West Kingston from 1962 until his retirement from active politics in 2005.

The late former prime minister, whose body is scheduled to arrive in Kingston on Sunday, June 2, has been accorded a state funeral.

Seaga’s body scheduled to arrive in Kingston on Sunday