SDA comes out against abortion, except in life-threatening cases 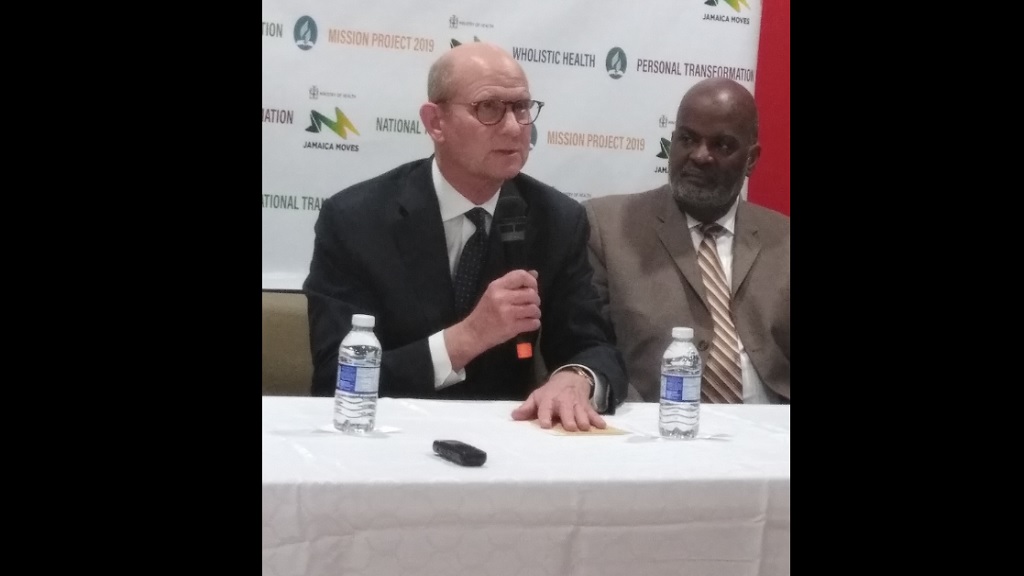 Head of the Seventh Day Adventist (SDA) Church, Pastor Ted Wilson, is beseeching lawmakers in Jamaica to adhere to the sacredness of life, this as the SDA Church joins the ongoing national debate on abortion.

"We do urge that lawmakers give strong adherence and cognisance to the sanctity of life," Pastor Wilson encouraged.

He was addressing a press conference at the Sangster International Airport (SIA) on Friday on his arrival in the island to participate in the 12th Global Leadership Summit to be hosted at the Iberostar Hotel in Montego Bay from February 4-8.

The global leader of the SDA Church stridently expressed that the church he leads is opposed to abortion, but that in cases involving life-threatening circumstances, individuals may make personal choices to terminate their pregnancies.

"Most Seventh Day Adventists would be very supportive of the sanctity of life and are not in favour of abortion unless the mother’s life is in danger or perhaps there was incest or rape involved, and that is left to the individual to decide, at least in some countries," Pastor Wilson stated.

Parliamentarian Juliet Cuthbert-Flynn made a call on Tuesday for the Government to consider relaxing the abortion laws to ensure that women have access to safe abortions.

Currently, the Jamaican law criminalises any attempt at an abortion, with women who attempt to terminate a pregnancy facing the possibility of life in prison. Those who assist in the process can be imprisoned for up to three years.

Pastor Wilson said the SDA Church does not meddle in the political affairs of any nation, but teaches the scriptures.

“Whatever the scripture says is what we will advocate and even lobby for, but without becoming highly political,” he said.