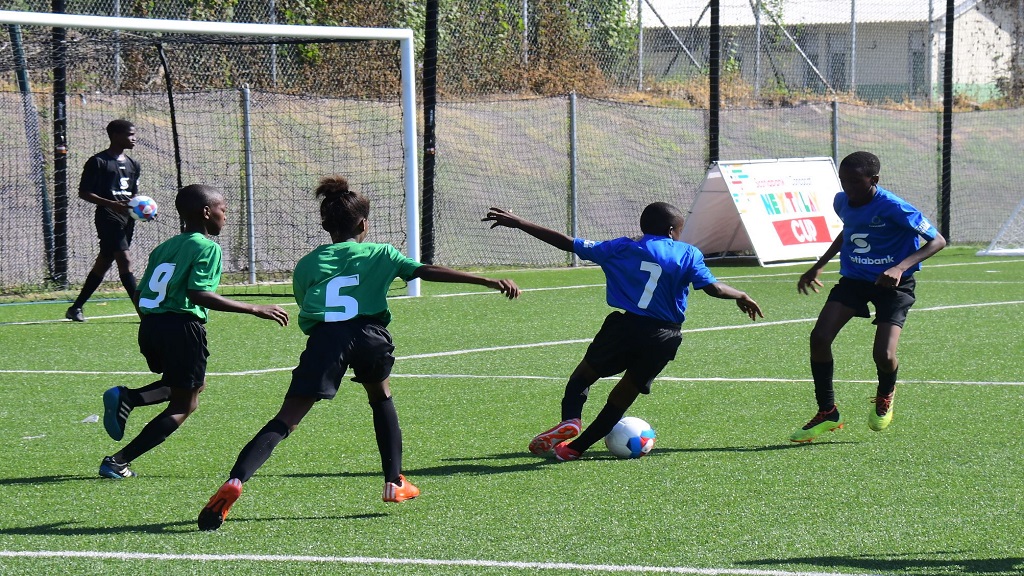 Cornaldi Avenue Primary and Bethel Primary will take perfect records into week two of the Jamaican leg of the 2019 Scotiabank Conacaf NextPlay Cup on Saturday following the opening set of matches in Zone 2 (western zone).

There will also be action in Zone 1 (eastern zone) where reigning champions Holy Family Primary secured an unbeaten record after last Saturday's round of matches.

After four set of matches last Saturday, Cornaldi Avenue Primary from Montego Bay and Bethel Primary from Hanover are leading their respective groups.

Cornaldi Avenue Primary opened their campaign in Group One of the western zone with an easy 4-0 victory over Barracks Road Primary. Later in the day, Cornaldi Avenue  scored a 7-2 victory over Green Pond Primary followed by a 2-1 win over Farm Primary before rounding off with a 2-0 triumph over Howard Cooke Primary.

Bethel Primary started their Group Two campaign with an easy 7-1 triumph over Ulster Spring Primary, followed by a 3-0 victory over Esher Primary, a 4-0 win over Little London and a 5-0 drubbing of Bounty Hall.

Just before the competition started, children ages 10-11 had participated in an academy where they were taught the fundamentals of how to play the sport as well as social values and skills on their journey to become great human beings.

For Scotiabank, football is a passion that is shared with its customers, employees and communities. The Bank supports football at all levels in Latin America and the Caribbean, because of the values it teaches and its ability to transform individuals and build stronger, more vibrant communities.

“Scotiabank is proud to partner with Concacaf to execute this program for the second year in a row,” said Yanique Forbes-Patrick, Director of Public Affairs and Communications, Scotiabank (English Caribbean).

“We believe that through sports initiatives such as the Scotiabank Concacaf NextPlay Academy and Cup, we provide development opportunities for our future generations in the communities where we operate, demonstrating Scotiabank’s commitment to helping young people have a better future. Scotiabank also continues to support youth development through the Scotiabank Football Club Program, a global platform that promotes the values of leadership, respect, integrity, teamwork, discipline and responsibility. Since 2014, more than 450,000 young people have benefitted from the Scotiabank Football Club Program in the Caribbean and Latin America”, she added.

After Saturday's second sets of matches, the competition will move into the third and final round on December 7 with quarter-finals, semi-finals and the championship match.