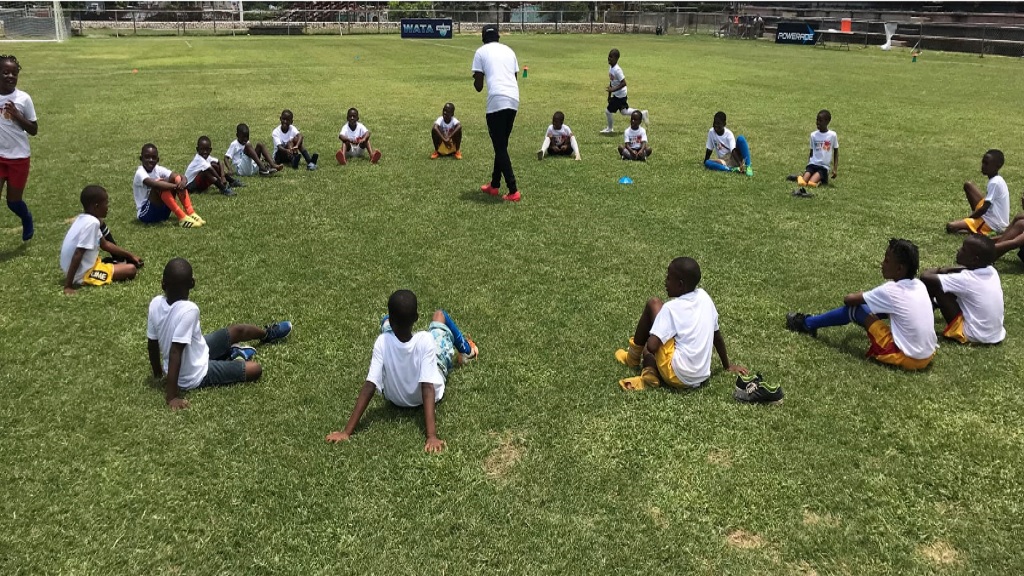 Youth football in the region received a major boost on Wednesday with the launch of the Scotiabank Next Play, a programme to engage young footballers across the Caribbean.

The programme, a brainchild of the Confederation of North, Central America and Caribbean Association Football (concacaf) and supported by Scotiabank, was launched at the Spanish Court Hotel in New Kingston.

The Scotiabank NextPlay Cup is a new invitational youth tournament that will be held from November 10-December 8 in the Bahamas, Barbados, Jamaica and Trinidad and Tobago.

Details of the competition were announced by representatives of major sponsors Scotiabank and concacaf at the Spanish Court Hotel in Kingston.

“At Scotiabank, we share the passion for football with our employees, customers, and the communities we serve, so we are happy to be providing opportunities for children to play football,” said David Noel, SVP & Head of the Caribbean North and Central, and President of Scotiabank Jamaica.

“We are confident that this will be an experience that will allow participating schools and students to develop their football skills while encouraging teamwork, leadership, and healthy competition,” Noel further said.

Over 2,000 boys and girls ages 10-11 will participate in the tournament, that will feature a total of 224 schools.

The teams of 10 players, who will compete in a 7x7 format, will be divided between urban and rural regions, each further subdivided into four groups of six teams.

Each country will have its own local tournament consisting of 56 teams from local schools in that country.

All games will be played at premier football venues across the region. The winner of Scotiabank NextPlay Cup from each of the four participating countries will win a one-of-a-kind trip to the 2019 Gold Cup final on July 7 in Chicago, Illinois.

The tournament is part of the broader Scotiabank concacaf NextPlay umbrella programme, which also includes an after-school component.

In addition to the football tournament, the Scotiabank NextPlay Football Academy, a football and education programme, will be implemented in the public school systems in five countries: Jamaica, Trinidad, Bahamas, Barbados and St Vincent. This will include coaching courses, after school activities, and a seasonal festival in each country.

“We are very excited to partner with Scotiabank to host the Scotiabank/concacaf NextPlay Cup as we continue delivering on a core principle of concacaf – providing access to play the game, in meaningful and sustainable ways,” said concacaf president, Victor Montagliani.

“The competition has been designed to provide boys and girls with an opportunity to learn and practice football skills, while fostering a wide range of social values including hard word, fair play, teamwork and respect.”