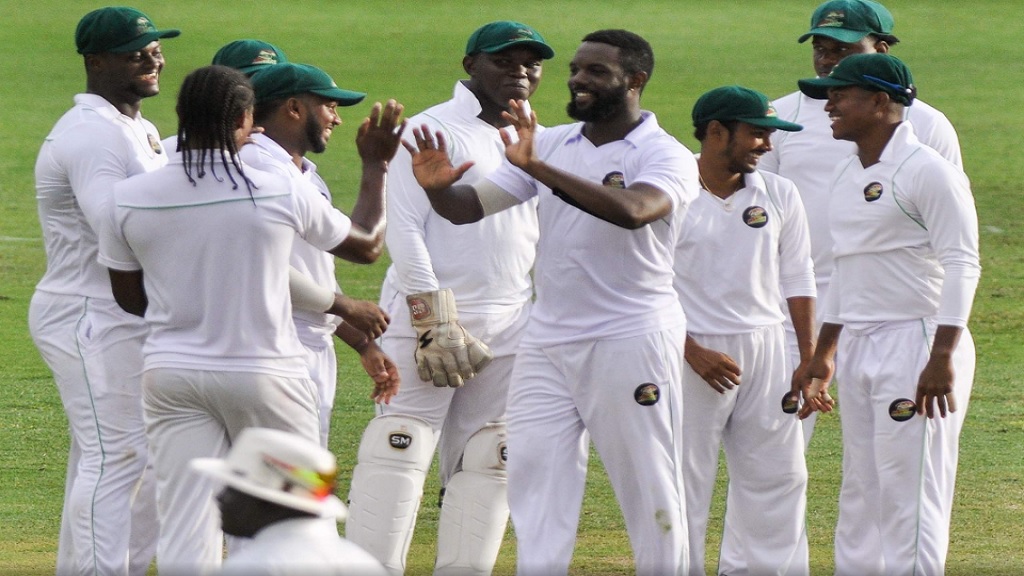 An interesting battle looms at Sabina Park in Kingston when home team Jamaica Scoprions face Windward Islands Volcanoes in the second round of the 2020 West Indies Championship Four-Day tournament, starting on Thursday.

Both teams are led by Jamaican coaches. Andre Coley is the head coach of Scorpions. Coley was in charge of the Volcanoes last season. The Volcanoes are now coached by Andrew Richardson, who was the assistant coach/manager of the Scorpions last season.

“I don’t think too much about the history I have with the Volcanoes or the history Richardson has with the Scorpions. We’ve got cricket to play and that requires focusing squarely on the tactics and strategies which can make Jamaica as fiercely competitive as possible,” said Coley.

“Both our teams have good mixes of youth and experience as well as a strong desire to win every time we take the field, so it’s quite finely poised.”

Resolute batting in the second innings, led by former captain Paul Palmer Jr with his second first-class hundred, allowed the Scorpions to escape from their first-round contest against Trinidad and Tobago Red Force with a draw.

"Our batting has the resilience to return from setbacks. After being in the field for 150 overs it took quite some focus and dedication to respond after being asked to follow-on. Saving that game reinforced our confidence. Consistently positive application of our technical abilities and execution of the game will make us give a good account of ourselves,” Coley added.

There are changes in the Scorpions squad owing to West Indies international duties for Rovman Powell and injuries to Dennis Bulli and Alwyn Williams. Nkrumah Bonner has returned,while Jamie Merchant and Oraine Williams are back in the setup.

Meanwhile Richardson noted that there are no emotions to consider on the field, just business. “We’re all participants in this business of sport. There are many friendships between the teams but once we’re out on the pitch that is put aside.”

Volcanoes turned back the challenge of Barbados Pride, a side that has dominated them in the championship over the past five years, to win their opening-round game by three wickets and will enter this contest supremely confident.

“Self belief is probably the biggest take away from that victory. We approached that game as if we were under-dogs so we fought for every run and wicket. We know that we can do it, so the confidence of the team is up,” said Richardson.

“Our bowling and batting departments are strong but we play team cricket so everyone will chip in. We will play our game.”

All 10 previous matches between the two sides in the championship have ended with a winner, so it is likely that one of the two teams will walk away with their confidence even higher.

Scorpions have won six of the past 10 matches and have defended their home turf extremely well, winning four out of five at Sabina Park.

There is a chance of a personal milestone for Volcanoes off-spinner Shane Shillingford. He needs six wickets for 100 against Scorpions.