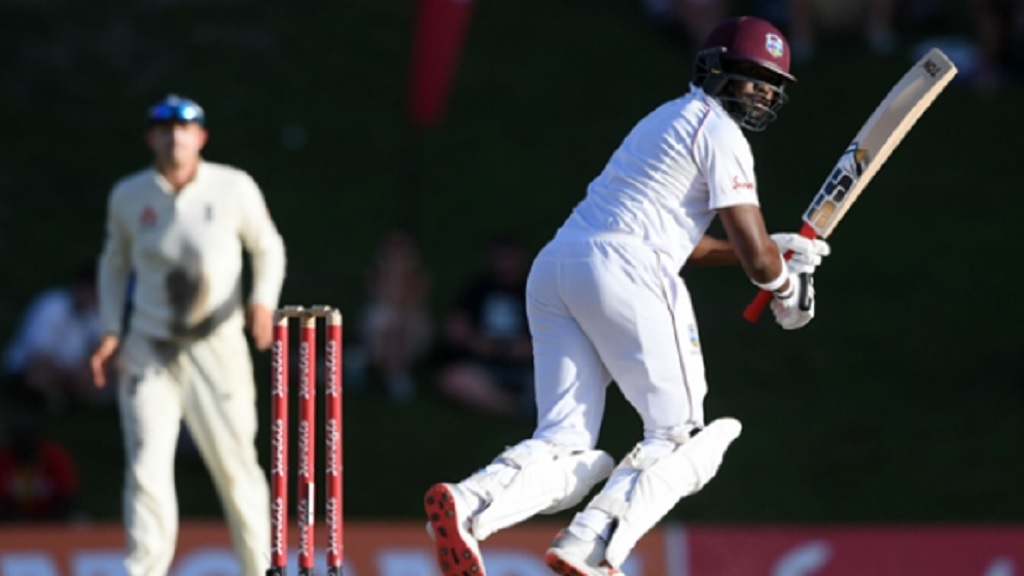 Jamaica Scorpions suffered a tough opening day against Trinidad and Tobago Red Force in their first-round match of the 2020 West Indies 4-Day Championship.

Batting first after winning the toss at the Brian Lara Stadium, Trinidad and Tobago Red Force batted all day to reach 241 for three, with three batsmen scoring half-centuries.

The day belonged to twenty-year-old Keagan Simmons, who top-scored with 89 on his first class debut.  Left-handed opener Jeremy Solozano impressed with 73, while captain Darren Bravo ended unbeaten on exactly 50.

Red Force had to battle back after they lost an early wicket with 13 runs on the board in the eighth over when seamer Derval Green trapped Kyle Hope lbw for eight.

The young batsman first put on 135 for the second wicket with Solozano, a partnership that took Red Force to lunch on 52 without further loss.

Simmons scored 10 fours in an innings that lasted for 205 balls, while Solozano, also a left-hander, faced 173 deliveries for his 73.

The Scorpions broke the partnership about 40 minutes before tea when Solozano gloved a sweep from captain John Campbell off-spin onto his stumps.

Bravo arrived at the crease and put on a further 66 for the third wicket. He has so far hammered five fours and a six in a knock requiring 107 deliveries.

Bravo is at the crease with Joshua DaSilva, who is 14 not out. The pair has so far put on 27 runs for the fourth wicket.

Over at the Arnos Vale Cricket Ground, St. Vincent: Barbados Pride 233 all out against Windward Islands Volcanoes.

Over at the Vivian Richards Cricket Ground, Antigua: Five-time defending champions Guyana Jaguars were 210 for four against Leeward Islands Hurricanes.