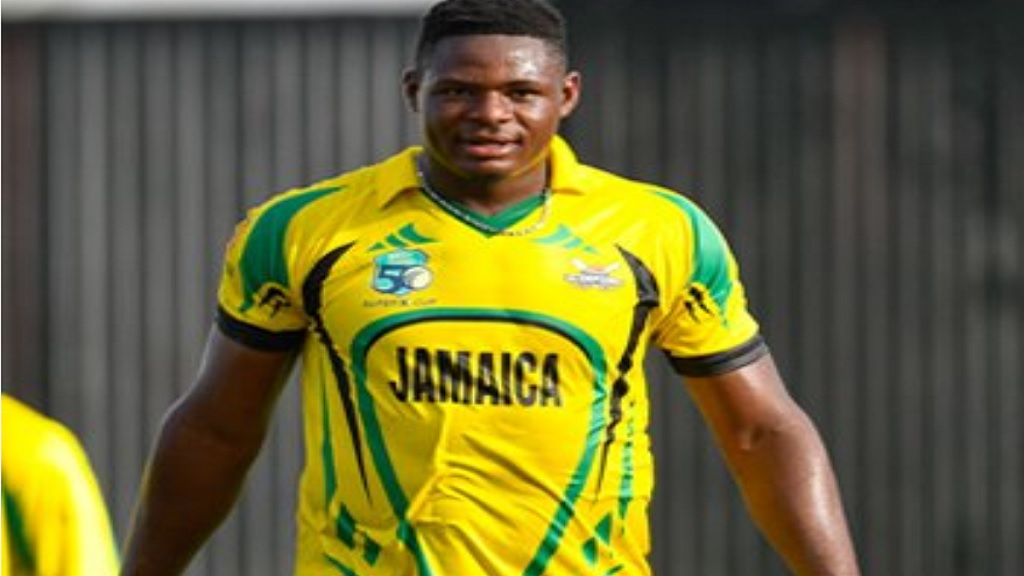 Fast bowler Oshane Thomas achieved a career-best spell but it was not good enough as Jamaica Scorpions suffered a 75-run defeat against Barbados Pride on day two of the Colonial Medical Insurance Super50 Cup on Thursday.

The West Indies player bowled with genuine pace and hostility and grabbed 4-52 from eight overs as the Pride were bowled out for 265 in their 50 overs, after they chose to bat in the day/night contest at Warner Park in St Kitts.

Andre McCarthy completed the demolition of the Pride batting, taking 4-41 from 10 overs with his uncomplicated off-spin.

Nicholas Khan led the way for Barbados Pride with 55 from 82 balls and fellow left-hander Kyle Mayers made 52 from 53 balls, defying the onslaught to lead consistent batting down the order.

McCarthy followed up his four-wicket haul with a  top score of 95 from 83 balls that included six fours and five sixes to earn the Player-of-the-Match award, but the Scorpions were bowled out for 190 in 39.5 overs in the second Group “A” match.

Wicketkeeper/batsman Aldaine Thomas cracked 41, but no other batsman made 20, as the Scorpions were undermined by off-spinner Ashley Nurse's destructive spell of 4-26 from 8.5 overs.

The Scorpions were set back early in the chase when left-handed opener Assad Fudadin was caught behind for 10, when he gloved a snorter from Miguel Cummins in the fifth over.

They stumbled to 38 for two in the ninth over, when West Indies batsman Jermaine Blackwood was caught at deep mid-off from a miscued lofted drive off Bishop.

The Pride met resistance when McCarthy linked up for two handy partnerships of 43 with Thomas and 26 with Nkrumah Bonner.

But Nurse spun into action with the scalps of Scorpions captain Rovman Powell for one, Derval Green for three and Jamie Merchant for the same score, as the Jamaican franchise wobbled to 127 for seven in the 28th over.

McCarthy reached his 50 from 54 balls with a single into the off-side off Shamar Springer and dominated a stand of 55 for the eighth wicket with Marquino Mindley.

But he fell short of a hundred, when Holder squared up and bowled him with a well-pitched delivery, as the Scorpions lost their last three wickets for eight in the space of 18 deliveries.

Earlier, Kirton featured in two successive half-centuries stands that anchored the Pride to their competitive total.

He put on 63 for the third wicket with his captain Jonathan Carter and 51 for the fourth wicket with Mayers before he was caught at mid-wicket off McCarthy in the 24th over.

Thomas, who celebrates his 30th birthday in nine days’ time, cracked 10 fours and one six in a polished 105 from 94 balls to post the first hundred of this year’s Super50 Cup in the tournament opener, a day/night, Group “A” contest.

Hurricanes went on to post  292 for seven from their allocation of 50 overs.

Cornwall then grabbed 4-21 from 5.3 overs and hometown pacer Sheno Berridge supported with 3-20 from eight overs to lead the demolition of the Marooners batting for 94 in 31.3 overs.

The Super50 Cup continues on Friday, when host Leeward Islands Hurricanes face Canada in another day/night contest, which will be webcast “live” on the CWI website, www.windiescricket.com.

JCA to relaunch search for assistant coach for Jamaica Scorpions