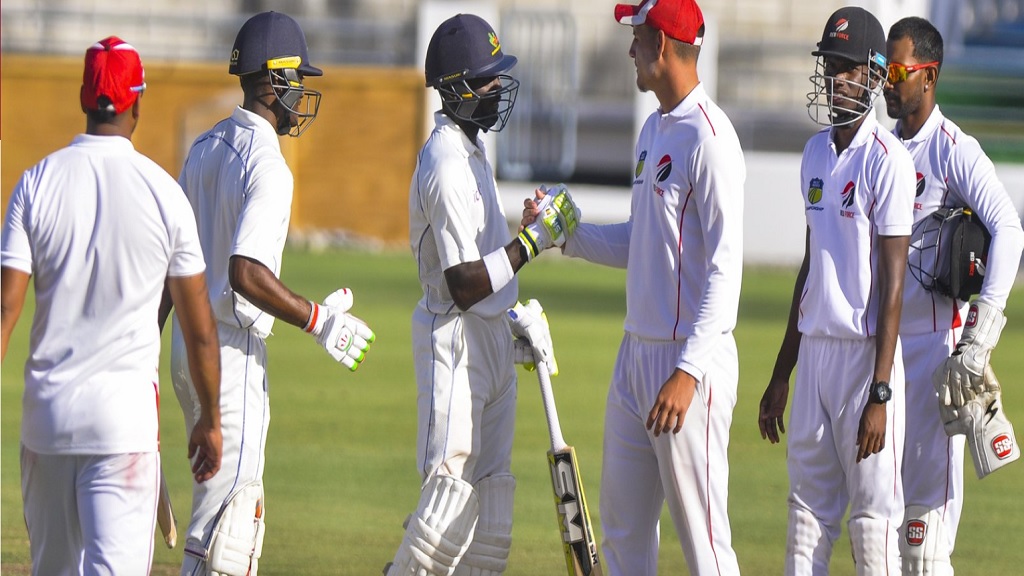 Jamaica Scorpions suffered a seven-wicket defeat against leaders and four-time defending champions Guyana Jaguars on the final day of seventh-round matches in the West Indies Championship at the Guyana National Stadium on Sunday.

It was the fourth defeat for Jamaica Scorpions this season. The Scorpions had lost their first three matches but bounced back to win two straight heading into the seventh round of matches.

Test batsmen Leon Johnson and Vishaul Singh shared 78 – unbroken – for the fourth wicket to guide Jaguars home as they remained on course for their fifth straight Championship title.

Johnson was unbeaten on 61 that included 10 fours and a six from 86 balls, and Singh was not out on 26, as they guide the Jags past their target of 169 for victory. Jaguars replied with 171-3 after they resumed the day on 25-0.

Openers Tagenarine Chanderpaul and Chandrapaul Hemraj had given the Jaguars a solid start with a 57-run partnership, but the home team stumbled to 93 for three before the left-handed pair of Johnson and Singh ensured their side ended their losing streak.

OVER AT KENSINGTON OVAL IN BARBADOS:  Barbados Pride captain Jonathan Carter struck a career-best, fifth first-class hundred, as his side defied the odds and stunned Trinidad & Tobago Red Force with a four-wicket, come-from-behind victory. 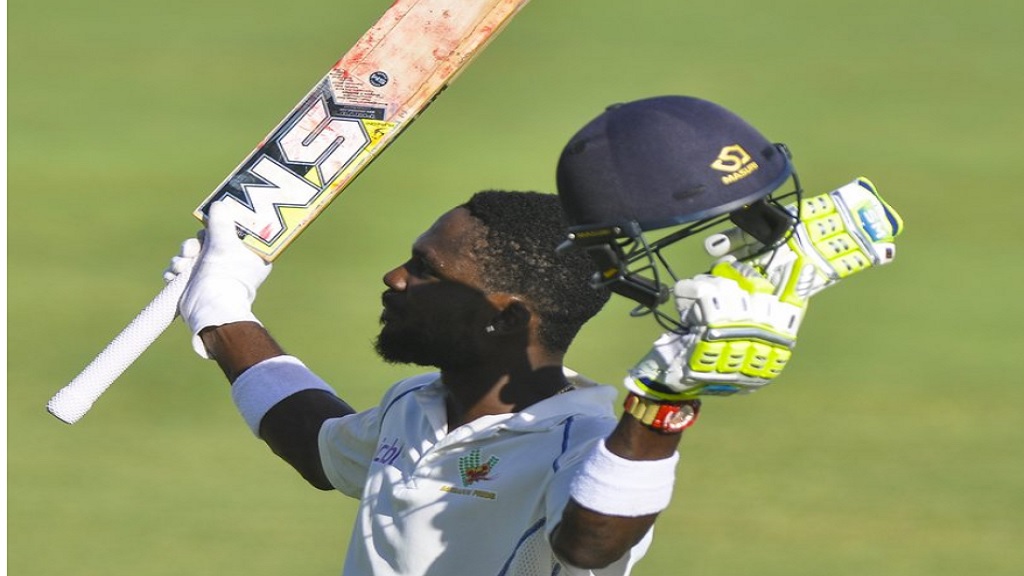 Carter hit an unbeaten 149, as the Pride recovered from a disastrous morning period in the contest to complete the fourth-highest successful run chase in West Indies first-class history to collect their third win of the season.

Carter had the thrill of hitting the winning runs, when he smashed off-spinner Bryan Charles over long-off for the last of his four sixes.

He also lashed 14 fours in his innings which spanned 185 balls in just over 4 ½ hours at the crease during which he shared 128 for the sixth wicket with former West Indes Under-19 World Cup-winning star Shamar Springer and 94 – unbroken – for the seventh wicket with wicketkeeper/batsman Tevyn Walcott.

Springer, playing only his fourth first-class game, made a composed 66 and Walcott was not out on 48 to follow up his first innings half-century.

Red Force left-arm medium-fast bowler Daniel St Clair scalped two wickets, but the visitors’ spin trio of leg-spinners Imran Khan and Yannic Cariah, along with Charles, all proved ineffective, after the Pride ran into trouble on 104 for five.

It was the Pride’s highest successful run chase, surpassing 314 against the Scorpions in the 2016-17 season at the same venue.

Cornwall continued his impressive form this season, taking 5-79 from 27 overs, and Boatswain captured 3-5 in 2.4 overs, as the Volcanoes failed to build on a defiant, undefeated 102 from Ambris and were bowled out for 228, chasing a victory target of 241. They had resumed the final day on 10-0.

The Volcanoes had seemed on track for victory, coasting at 135 for two at one stage with Ambris, whose knock included five fours and one six from 139 balls, leading the charge.

Three wickets in 35 balls left the Volcanoes wobbling on 152 for five, but Ambris anchored a stand of 70 with Ray Jordan to leave the home team, requiring only 19 more to win.

But in a spectacular turn of events, the Volcanoes lost their last five wickets for six, with their last four batsmen all scoring ducks.