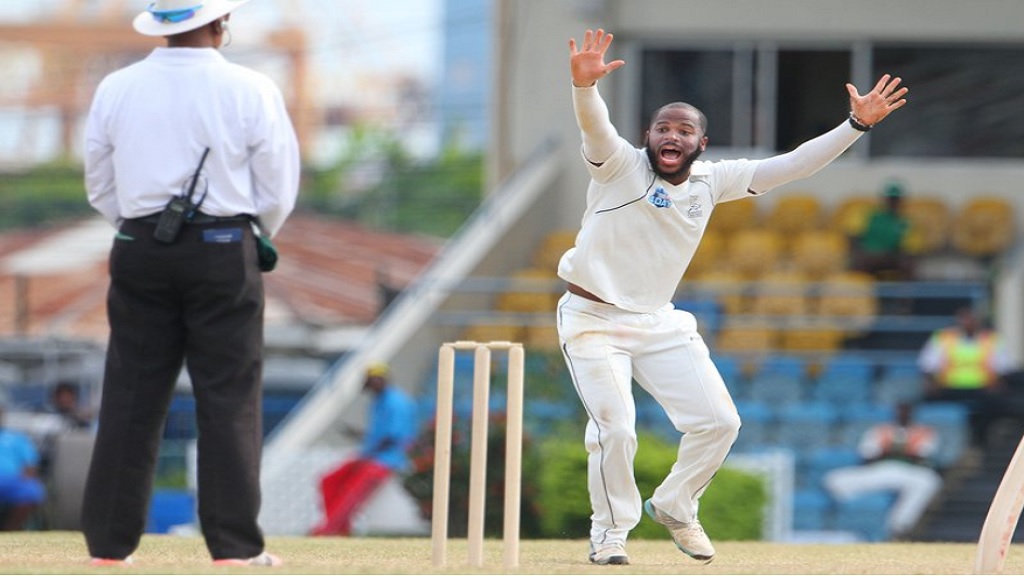 Jamaica Scorpions’ off-spinning pair of John Campbell and Peat Salmon have been suspended from bowling in domestic West Indies matches with immediate effect.

Cricket West Indies (CWI) made the announcement on Tuesday by stating that "Opinion Reports by independent assessors at Loughborough University have found the bowling actions of Jamaica Scorpions’ off-spinning pair of John Campbell and Peat Salmon to be illegal and, as such, they have been suspended from bowling in domestic West Indies matches with immediate effect."

CWI said that the assessments revealed that the bowling actions of Campbell and Salmon exceeded the 15 degrees level of tolerance permitted under playing regulations.

Campbell and Salmon will remain suspended until such time as their actions are found to be legal, either by an Opinion Report from Loughborough or by an independent analysis from an accredited testing centre, in accordance with the CWI Regulations for Dealing with Suspected Illegal Bowling Actions.

They are to undergo remedial work supervised by the Scorpions franchise and can apply for a reassessment after modifying their bowling actions in accordance with the Regulations.

Campbell, 26, was reported for a suspect bowling action during the first-round match of the regional four-day championship between the Scorpions and hosts Trinidad &Tobago Red Force from January 9 to 12 at the Brian Lara Cricket Academy in Trinidad.

The West Indies Test opening batsman was cited by match officials after he captured one for 54 from 19 overs during the match, which ended in a draw.

Salmon, 27, was reported for a suspect bowling action during the fourth-round match between the Scorpions and five-time defending champions Guyana Jaguars from February 6 to 9 at the Guyana National Stadium.

His action was cited by match officials after he ended with match figures of eight for 110 during the contest, which the Scorpions won by seven runs.