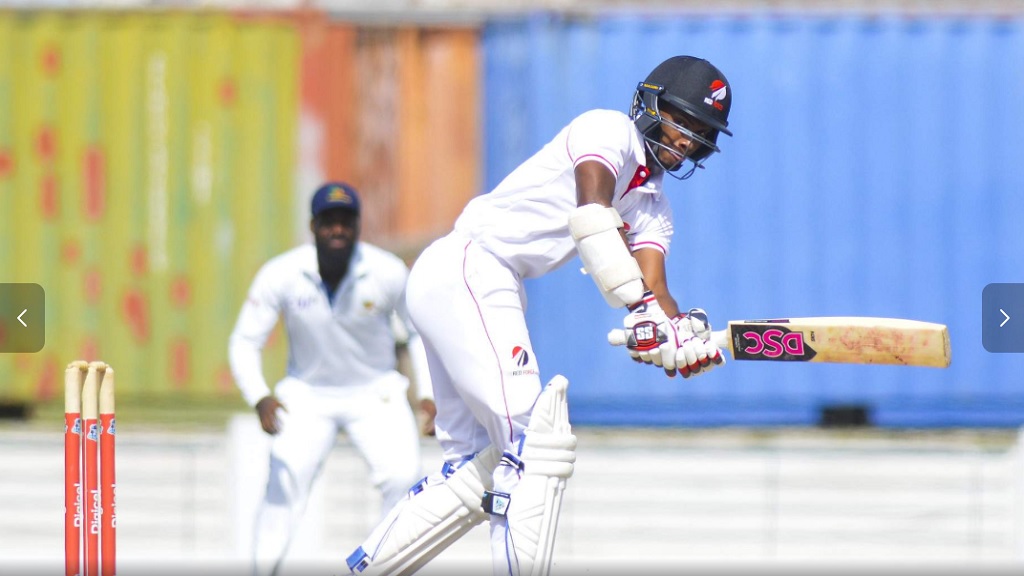 The John Campbell-led Scorpions closed Friday's second day on 94 for three, still trailing by 366 runs after the Red Force improved from their overnight score of 241 for three to pile up a massive 460 for four declared.

Off-spinner Bryan Charles put the Scorpions under pressure by taking two of the three wickets to fall. Campbell, a West Indies opener, was one of Charles' early victims as the spinner had him lbw for 18. Charles then added the wicket discarded West Indies player by bowling Jermaine Blackwood for six.

Medium-pacer Terrence Hinds dismissed the other Scorpions' batsman by bowling Assad Fudadin for nine for his maiden first-class wicket before stumps were drawn.  Rovman Powell is undefeated on 25.

Da Sil­va scored 113 not out from 216 balls, his maiden first-class century.  Da Sil­va hit eight fours and a six.

Car­ri­ah, a left-hander, scored 100 not out from 135 balls, which prompted the declaration. Carriah hit seven fours and two sixes.

Bravo fell to fast bowler Derval Green for 65 after adding 15 to his overnight score of 50. Bravo's wicket was the only one for the Scorpions on the day. At that stage, the Red Force were well in control on 300 for four with Da Silva unbeaten on 86.

Bravo's 65 came off 164 balls with five fours and two sixes.

Scores in the match heading into Saturday's third day are: T&T Red Force 460 for four declared; Jamaica Scorpions 94 for three.

Over at the Arnos Vale Cricket Ground, St. Vincent: Barbados Pride 233 all out; Windward Islands Volcanoes 230 for seven.

Over at the Vivian Richards Cricket Ground, Antigua: Five-time defending champions Guyana Jaguars 388 all out; Leeward Islands Hurricanes 125 for five.