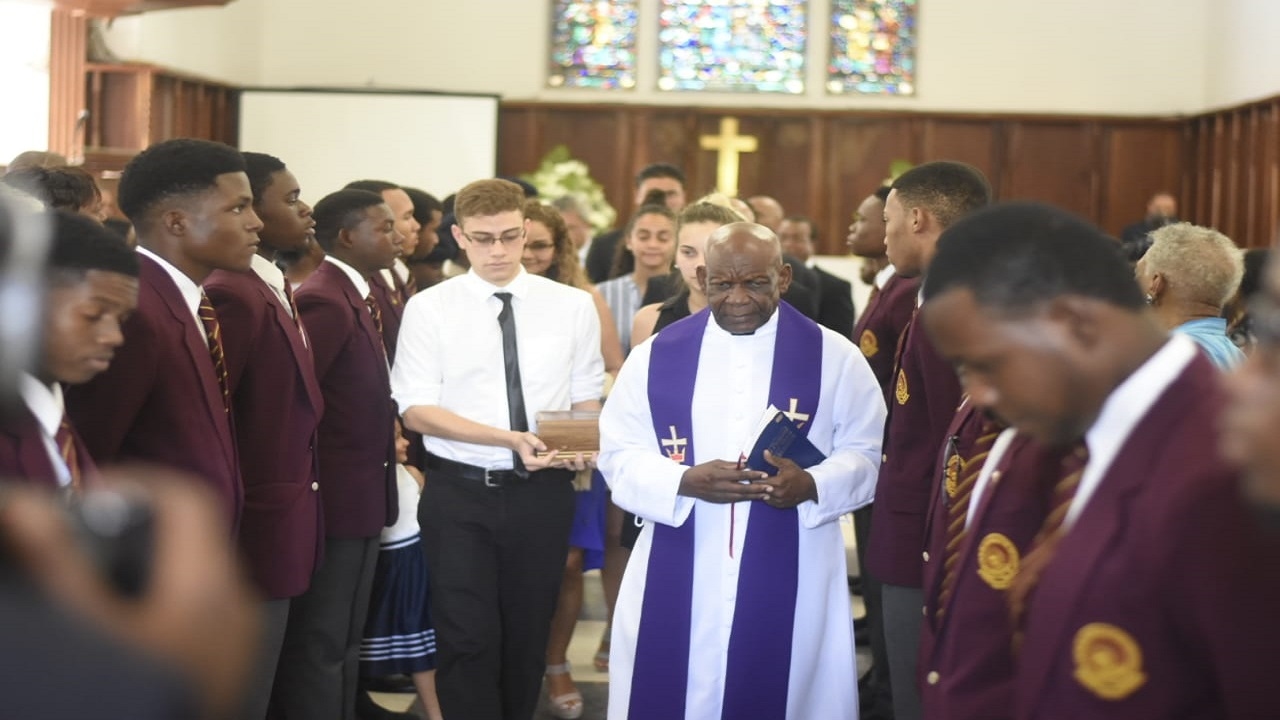 Eric Coleridge Barnett's grandchildren carry the urn bearing his remains, in between a guard of honour formed by Wolmerians, at the UWI Chapel, Mona in St Andrew on Wednesday. (PHOTOS: Marlon Reid)

The late former long-serving principal of Wolmer's Boys' School, Eric Coleridge Barnett was remembered as a progressive educator, an exceptional leader and a great father at a thanksgiving service at the UWI Chapel, Mona in St Andrew on Wednesday.

Scores of relatives, friends, former colleagues and students turned out to pay their respects to the late educator who served as principal of his alma mater Wolmer’s for 19 years, from 1979 to 1998, after attending the school as a student in the 1950s.

“He was more than a headmaster and administrator. He was the most empathetic, progressive and humane person I have ever worked with - perhaps the best human being I have ever known,” Annette Leyow, vice-principal of Wolmer’s Boys’ School, said in her tribute to Barnett. 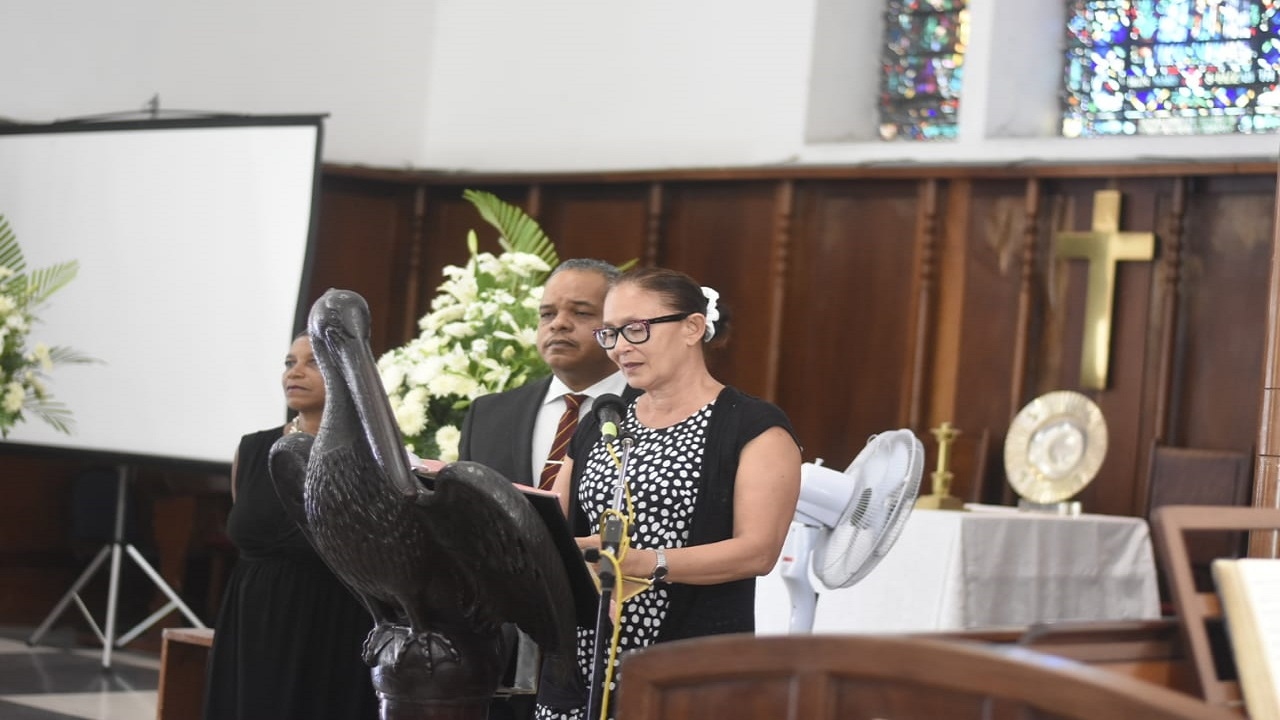 Prior to joining Wolmer’s as principal, Barnett spent some time teaching in Belize before serving as Head of Social Studies, Dean of Boarding, and Vice Principal at Knox College in Clarendon. David Carty and Dennis Hickey spoke glowingly of his tenures in Belize and at Knox respectively, where he made lasting impacts before returning to lead his alma-mater.

His tenure as principal at Wolmer’s started in 1979 when the school “was reeling from a scandal that tarnished the image” of the institution, according to Leyow.

She credited Barnett as being the chief architect behind the school’s turnaround into the leading educational institution it is today.

“Over his 19 years, he not only repaired the image but made Wolmer’s Boys’ the most sought after boys school in Jamaica,” Leyow said. 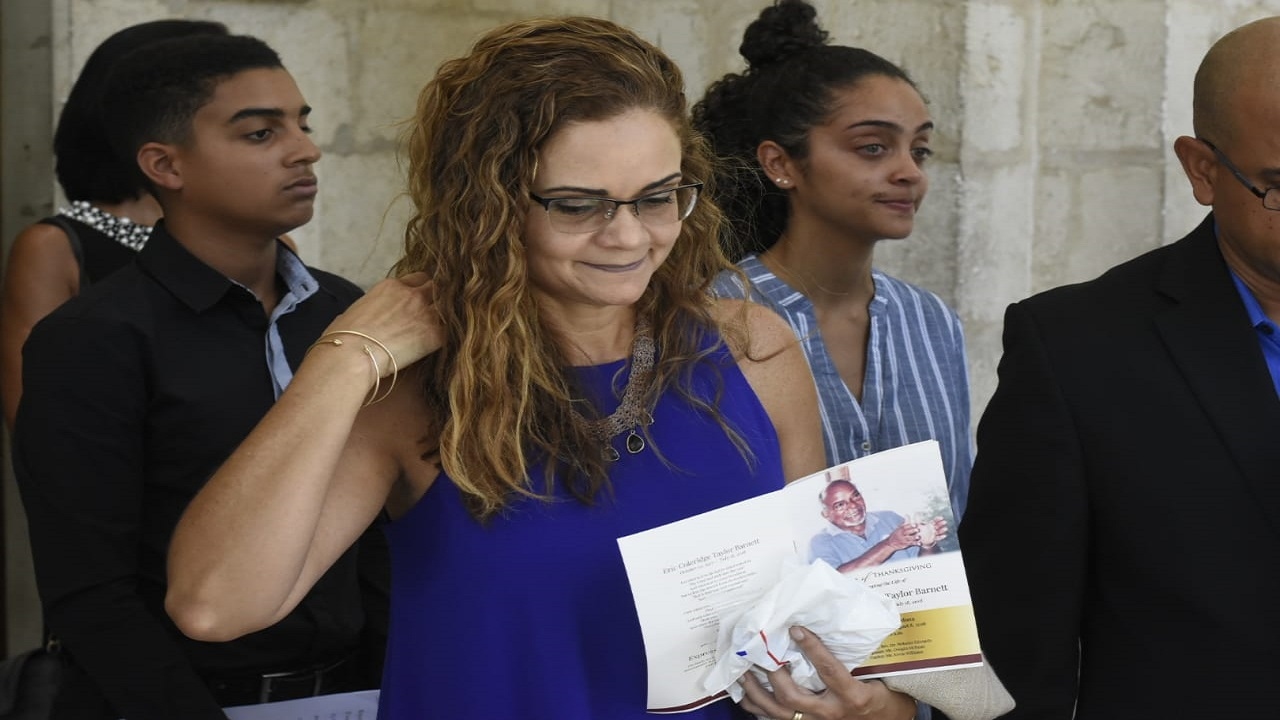 She also noted that Barnett was an inclusive leader who made all his subordinates feel welcomed. For example, she said he began every general assembly with “God, our Father”.

“Here again was the progressive educator who did not wish to privilege any denomination or religion but chose instead a generic universal title for the creator… this was one of the beautiful aspects of Mr Barnett, he made everyone feel included,” Leyow said, adding that “Mr Barnett’s philosophy was that people were not expendable, people mattered, whether we were teachers or students, he made us feel significant.”

Rogers said, “He knew what worked and he used it not only on me and my brother (Omar) who is also a Wolmerian, but also every other student who passed through his hands… He taught us how to be principled in our dealings but fair, pure and honest in our approach.” 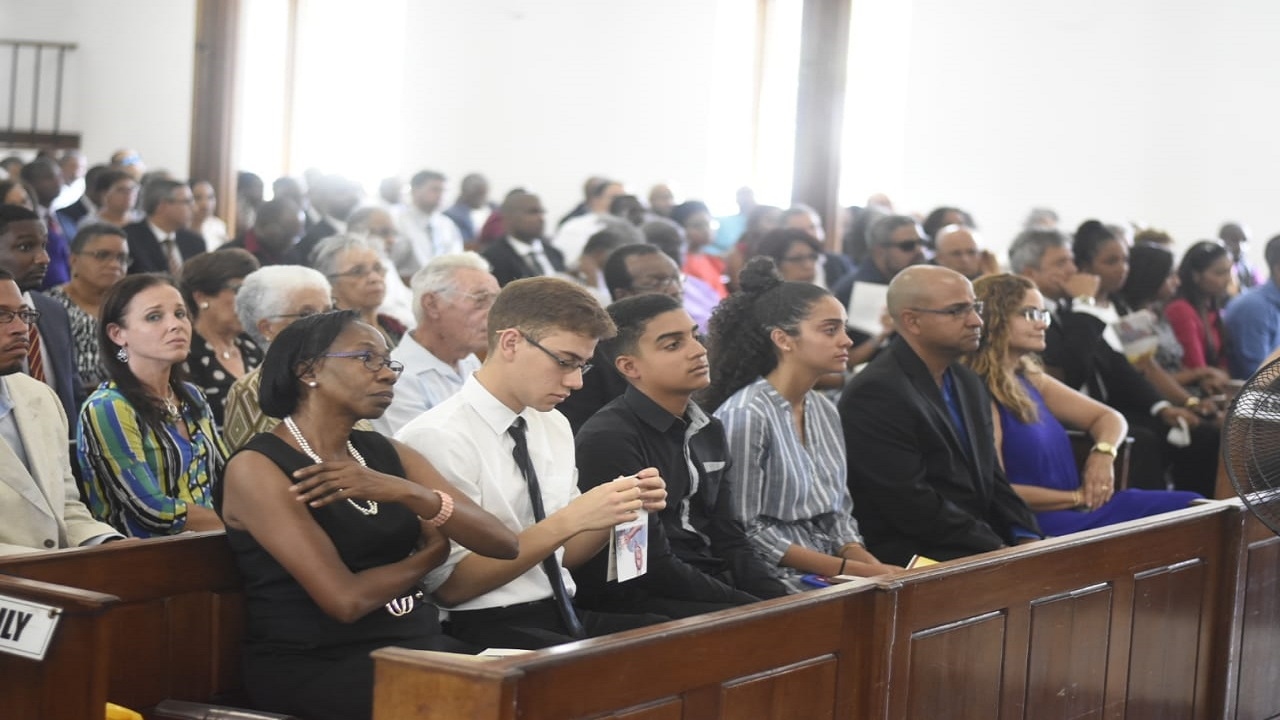 Barnett suffered personal tragedy at age 34 when his wife, Catriona, died from cancer leaving him to care for three children. His daughter, Karen Donaldson, said her father was “no ordinary man”.

She noted that he was an exceptional dad whose determination allowed him to successfully raise her and her two siblings, Alan and Alison, all on his own.

“He taught us just about everything and it has been the greatest honour being his daughter… dad was the true embodiment of our father who mothered us,” Donaldson said.

“He refused to heed to those who said he couldn’t manage to raise us on his own and who made offers to take us from him,” she continued.  “Instead, like a bridge over troubled waters, raise us up he did, so we could stand on mountains.”

Among the notable Wolmerians at the service were track and field coach Stephen Francis; Lieutenant Commander John McFarlane, former commanding officer of the Coast Guard and the Air Wing; and president of the Wolmer's Old Boys Association and NCB Capital Markets boss, Steven Gooding.