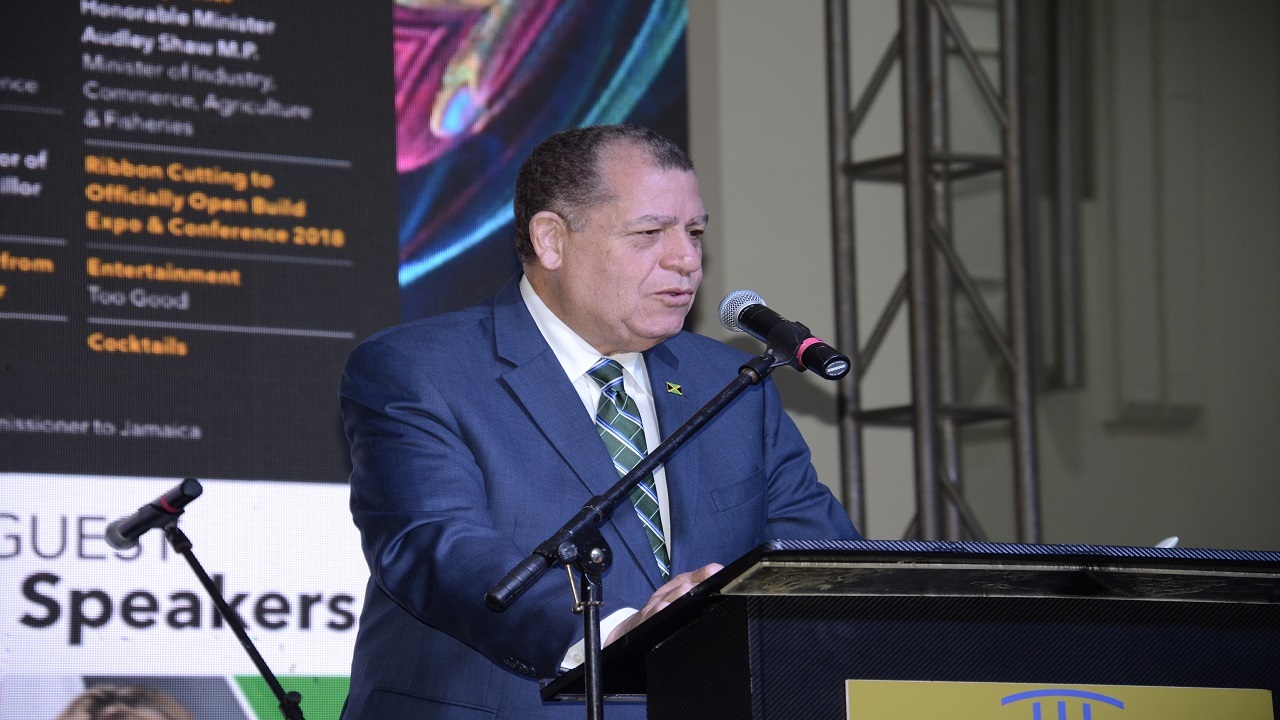 School administrators and tuck shops are being urged to start putting measures in place in preparation for the restriction on sugary drinks that will take effect in January 2019.

Minister of Industry, Commerce, Agriculture and Fisheries,  Audley Shaw, made the call as he addressed the opening of the Archer Daniels Midland Company (ADM)-Jamaica Flour (JF) Mills 2018 Baking Seminar at the University of Technology (UTech) campus, Papine, St. Andrew, on Monday (July 23).

Pointing out that “one of our problems is our excessive consumption of sugar” he said that over the years, “we have tended to promote that culture and predisposition in our schools (with the high consumption of) bag juice”.

“The truth is, the bag juice is basically sugar and water, and the Minister (of Health) has announced a plan… a new protocol that is going to be applied to what is allowed to be sold and consumed in our schools,” he noted.

The restriction, which is part of the Government’s response to the obesity crisis, applies to beverages that contain sugar or syrup that is added by the manufacturer. It does not include100 per cent juice or unsweetened milk.

Studies show that obesity in adolescents 13 to 15 years increased by 68 per cent and doubled in boys over the past seven years. Obesity-related non-communicable diseases (NCDs) are the top health concern for Jamaicans.

Minister Shaw pointed out that the next major step in the Jamaica Moves campaign – aimed at promoting regular physical activity and healthy eating in order to reduce NCDs – is to take legislation to Parliament to regulate the sugar content in food products.

Managing Director, ADM-Jamaica Flour Mills, Derrick Nembhard, voiced support for the move by the Government to reduce sugar content in items being served to students.

He said it is for this reason that the baking seminar is being staged under the theme ‘Reduce Sugar’.

“This is in conjunction with the Government’s thrust to reduce sugar in drinks. We are also looking at reducing sugar in the baking industry,” Mr. Nembhard told JIS News.

The annual Baking Seminar, which is in its 20th year, involves partnership with UTech to expose participants to local and international standards in the baking industry, as well as new technology available in the field.

The seminar will take place at UTech from July 23 to 24 before moving to the Kenilworth HEART Institute in Sandy Bay, Hanover, on July 26 and 27.