Saudis paid for US veteran trips against 9/11 lawsuit law 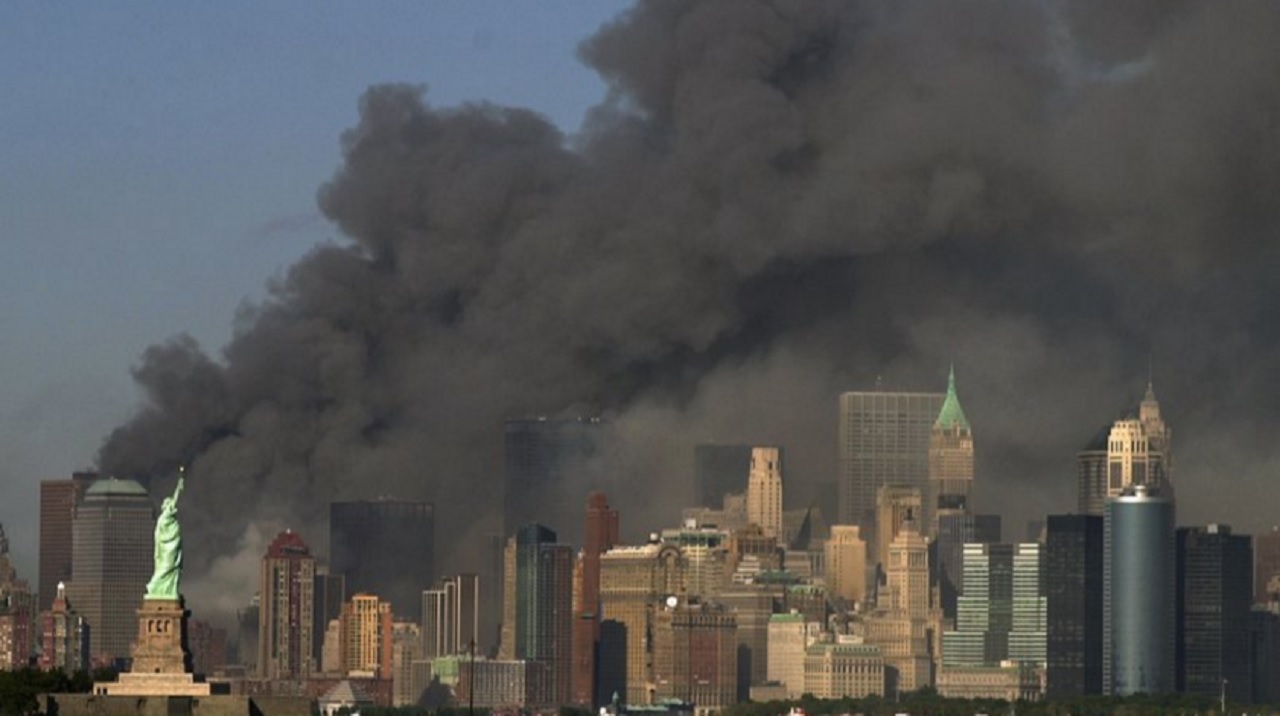 FILE -- In this Sept. 11, 2001 file photo, thick smoke billows into the sky from the area behind the Statue of Liberty, lower left, where the World Trade Center towers stood. A Saudi-funded lobbying campaign involving U.S. military veterans saw some organizers disclose their activities late or vaguely.

After Congress passed a new law allowing Sept. 11 victims’ families to sue Saudi Arabia in U.S. courts, opponents mounted an expensive political campaign, including paying American military veterans to visit Capitol Hill and warn lawmakers about what they said could be unintended consequences.

What few people knew, including some of the recruited veterans themselves, was that Saudi Arabia’s government was largely paying for the effort, worth hundreds of thousands of dollars.

Despite a World War II-era U.S. law requiring lobbyists to immediately reveal payments from foreign governments or political parties, some of the campaign’s organizers failed to notify the Justice Department about the Saudi kingdom’s role until months afterward, with no legal consequences.

While the bill mentioned no countries, its supporters acknowledged that it took direct aim at Saudi Arabia. Fifteen of the 19 Sept. 11 hijackers were Saudis. The attacks masterminded by al-Qaida’s Saudi-born leader Osama bin Laden killed nearly 3,000 people in New York, Washington and Pennsylvania.

The U.S. government’s 9/11 Commission’s final report said it found no evidence that the Saudi government or officials funded al-Qaida. However, it said the terror group found “fertile fundraising ground in Saudi Arabia, where extreme religious views are common and charitable giving was ... subject to very limited oversight.”

Saudi Arabia’s rulers, who fought a bloody al-Qaida insurgency in the years after 9/11 and who now face another from the Islamic State group, long have denied funding extremists. After JASTA became law, the Saudi Foreign Ministry said it hoped “wisdom will prevail and that Congress will take the necessary steps to correct this legislation in order to avoid the serious unintended consequences that may ensue.”

The veterans’ lobbying effort began within a month after the vote. Soon, some 70 new subcontractors would be hired by Qorvis MSLGroup, a Washington-based lobbying and public relations firm that represents Saudi Arabia, according to Justice Department filings examined by The Associated Press. Nearly all listed JASTA as their main focus, with their objective as alerting lawmakers and others to “potential legal liabilities arising for U.S. military, intelligence and diplomatic personnel.”

The veterans who spoke to lawmakers had their flights and accommodation paid for with Saudi money distributed by the subcontractors, according to the filings. Some stayed at the Trump International Hotel in Washington. Saudi Arabia’s involvement was first reported by The Daily Caller, a conservative website, and later explored by the Saudi-skeptic website 28pages.org.

Included among the lobbyists who registered were public relations experts, those who had done work with veterans and a state lawmaker, Nevada assemblywoman Shannon Bilbray-Axelrod. Those who disclosed their salaries listed payments ranging from $12,000 up to $100,000, which Jason E. Jones of Oregon, Wisconsin, received.

Jones told the AP on a conference call he organized with other veterans that all involved clearly were told that Saudi money funded the effort. He also acknowledged organizers suggested that veterans wear their medals when meeting with Congress.

“It was entirely up to them,” he said. “It’s no secret: People pay attention on the Hill — staffers, members — when you show that you’re a combat veteran up there speaking your mind.”

But David Casler and brothers Dan and Tim Cord, two other veterans on the tour, said their first inkling Saudi money funded the trip was when Jones told the assembled group in Washington that they should speak for themselves and “not the king of Saudi Arabia.” They later spoke out on social media over their concerns.

“It was very evident that they weren’t forthcoming; they weren’t telling us the whole truth,” said Casler, a former U.S. Marine sergeant who took part in one of the events. “They flat-out lied to us on the first day with the statement: ‘This is not paid for by the Saudi Arabian government.’”

That’s not the view of Chuck Tucker, a retired U.S. Air Force major general who took part in the lobbying and Jones’ conference call with the AP. He said it was clear that Saudi money funded it.

“You stay with your wingman. We have allies. They’re not perfect, we’re not perfect,” Tucker said. “It’s not like it was blood money. We’re taking money from somebody who is our friend and ally helping us around the world.”

Other lobbying firms also disclosed they were doing work on behalf of Saudi Arabia after the JASTA vote, without mentioning specific efforts. Among them was the Glover Park Group, founded by former White House and Democratic campaign officials, which subcontracted three months of work to the CGCN Group for $60,000 and more work to the McKeon Group for an undisclosed sum, according to Justice Department filings. Glover Park declined to comment.

Qorvis MSLGroup subcontracted with Flywheel Government Solutions for $25,000 to “conduct outreach to governors and lieutenant governors” about JASTA and try to get them to write columns or make public statements opposing it. Flywheel declined to comment about its work.

A parallel veteran effort involved with Qorvis MSLGroup was run by Scott Wheeler, a resident of Lake Elsinore, California, who runs a political action committee called The National Republican Trust. Wheeler’s firm, called the Capitol Media Group, reported receiving $365,000 from the Saudi Embassy in three payments corresponding to visits by veterans to Washington.

Wheeler’s firm “was retained to organize, supervise and escort” the veterans, receiving $30,000 per trip as a “service and administration fee,” Justice Department filings show. The filing said the firm paid $3,000 to cover expenses of “groups of 25-35” in three trips, saying it could offer “individual names” if requested.

Under federal law, anyone working on behalf of a foreign government is required to register within 10 days of being contracted and before beginning any work. But in Wheeler’s case, a lawyer filed his paperwork on March 31 — three trips and months after being contracted.

Wheeler declined to answer any questions about his lobbying work, saying the AP was “perseverating over a non-story.”

“Overall, we would have a very compliant and transparent process,” Lauer said. “We encourage everyone to understand the guidelines set by the Department of Justice.”

But those Foreign Agents Registration Act’s guidelines, first put in place over concerns about Nazi propagandists operating in the U.S. ahead of World War II, require the Justice Department to enforce them. Between 1966 to 2015, the Justice Department has brought only seven criminal cases involving the act, according to an inspector general report released in September. The report recommended the Justice Department’s National Security Division, which oversees registrations, improve its oversight, including making sure filings are made on time.

In recent months, the act has gotten more attention due to controversies surrounding the foreign work done by President Donald Trump’s one-time campaign manager Paul Manafort and his former national security advisor Michael Flynn. But Vladeck, the professor, said more needs to be done to make sure that the law to inform the public is properly enforced.

“The whole point is that this (foreign lobbying) is perfectly legal, but we have a right to know,” he said.