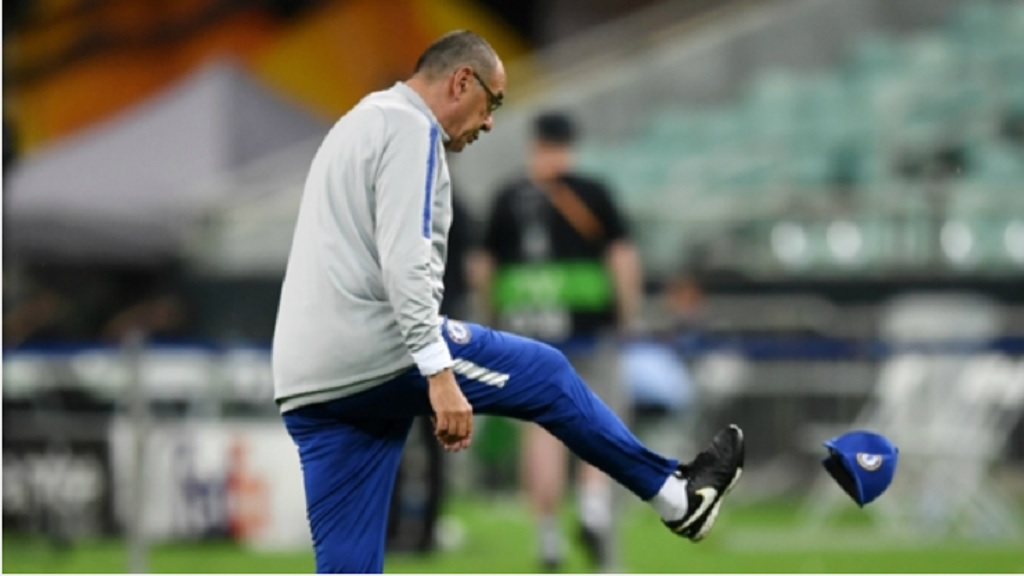 Maurizio Sarri dramatically stormed out of Chelsea's training session on the eve of the Europa League final in Azerbaijan.

The Italian angrily threw his hat to the ground and booted it twice before heading down the tunnel at Baku Olympic Stadium, where the Blues meet Premier League rivals Arsenal on Wednesday.

Sarri appeared to be responding to a clash between David Luiz and Gonzalo Higuain.

The pair exchanged words after on-loan Argentina international Higuain caught the defender with a late challenge during a training drill.

However, a Chelsea spokesman said: "Maurizio’s frustration displayed at the end of training was not related to any of his players, but was due to not being able to practise set-plays in the final 15 minutes of the hour-long training session as it remained open to media."

Blues head coach Sarri, who has been linked with the vacancy at Juventus, had earlier spoken of his affection for the squad in a pre-match news conference.

"At this moment I love them," he said.

"I have 22 wonderful men, wonderful players, so I'm really very happy with them," he said.

Sarri's reaction bore similarities to his behaviour during the EFL Cup final in February, the 60-year-old having appeared to contemplate storming off down the tunnel at Wembley before returning to the dugout following goalkeeper Kepa Arrizabalaga's refusal to be substituted.