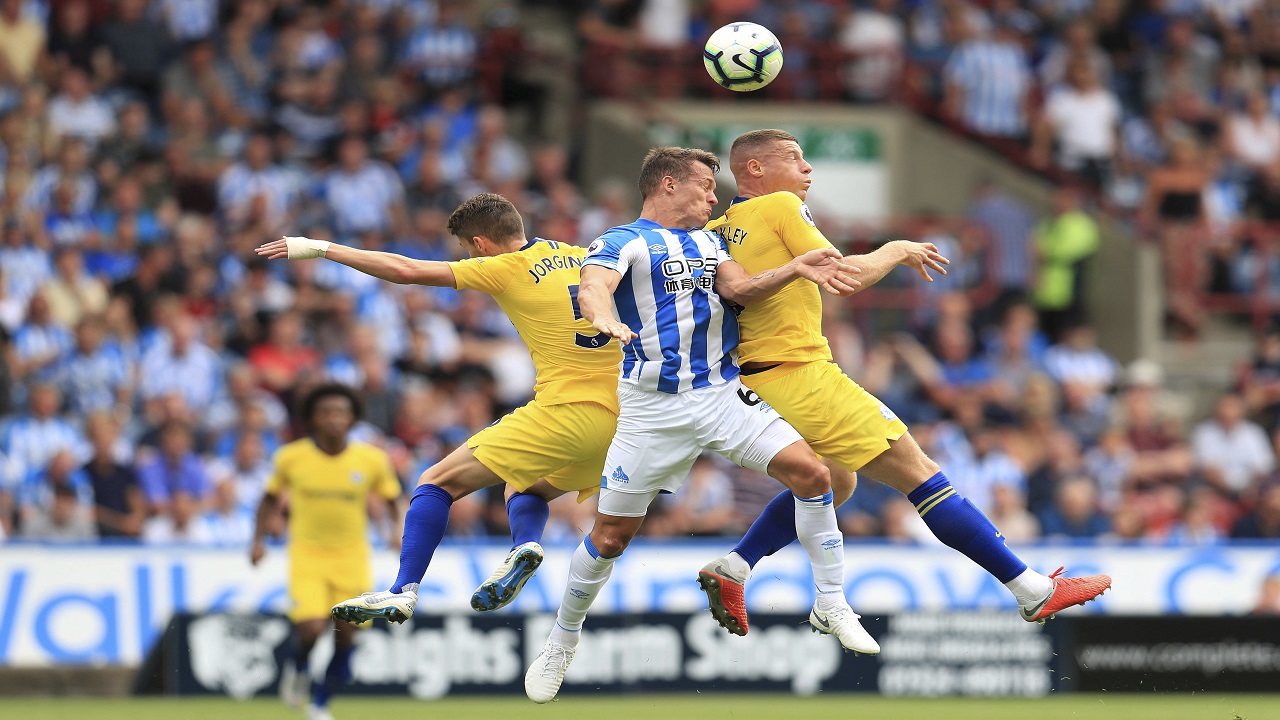 Maurizio Sarri enjoyed a winning start to life as a manager in the English Premier League (EPL) as Chelsea outclassed Huddersfield 3-0 on Saturday.

Former Napoli coach Sarri replaced Antonio Conte in a restless summer for the London club but any fears of an opening-day upset disappeared with goals from France international N'Golo Kante, summer signing Jorginho and Pedro.

World Cup winner Kante's untidy 34th-minute volley and Jorginho's audacious penalty on the stroke of halftime put Chelsea in control before Pedro wrapped up the points in the closing stages.

Over at Vicarage Road, Roberto Pereyra scored both goals - including a sublime volley - as Watford began the new season with a comfortable 2-0 win over Brighton & Hove Albion.

Javi Gracia's hosts controlled the game throughout to pick up the three points against a travel-sick Brighton side who, despite a busy transfer window, carried little threat in attack to continue a worrying trend on the road.

Over at Craven Cottage, Jeffrey Schlupp and Wilfried Zaha made the difference as Crystal Palace secured a 2-0 win in their opening game, defeating promoted Fulham.

The much-changed hosts showed plenty to encourage supporters after a busy transfer window, but Palace dug deep and did enough to win the first London derby of the 2018-19 season.

Fulham controlled large parts of the match and crafted several chances in the first half, though they were not as clinical as their visitors, who broke the deadlock in the 41st minute through Schlupp.

And, while the home side might argue they should have been given a second-half penalty, Palace produced a professional display to begin the season in victorious fashion, finishing Fulham off 10 minutes from time.

Over at Vitality Stadium, Bournemouth held off a plucky Cardiff City to open the new campaign with a 2-0 home win thanks to goals from Ryan Fraser and Callum Wilson.

Wilson, scorer of eight league goals last term, had an earlier chance to put the result beyond doubt before half-time, but his spot-kick was well saved by Neil Etheridge, the goalkeeper becoming the first player to save a penalty on his Premier League debut since Allan McGregor for Hull City in August 2013.

It was to prove the only real joy for last season's Championship runners-up, though, as a more competitive performance after half-time went unrewarded.

Cardiff's low-key off-season spending has prompted widespread predictions of an immediate return to the Championship and their deficiencies were evident across a one-sided first 45 minutes.

Dominant in possession, Bournemouth turned their superiority into a deserved opener in the 24th minute as Fraser timed his run well to sweep home Wilson's intelligent cut-back.

Wilson should have opened his own account just beyond the half-hour mark, but, having been felled in a tangle with Bruno Ecuele Manga, the striker failed to beat Philippines international Etheridge, who turned the low attempt around his left post.

The visitors were far livelier after the interval and, spared by David Brooks' poor header at one end, almost scrambled in an equaliser with 25 minutes remaining, only for Asmir Begovic to deny Sean Morrison on the line.

Bournemouth eventually reasserted a sense of stability and the second goal came in the 91st minute when Simon Francis bustled his way to the byline and found Wilson for a cool low finish into the bottom far corner.

Tottenham off to a winning start in the English Premier League