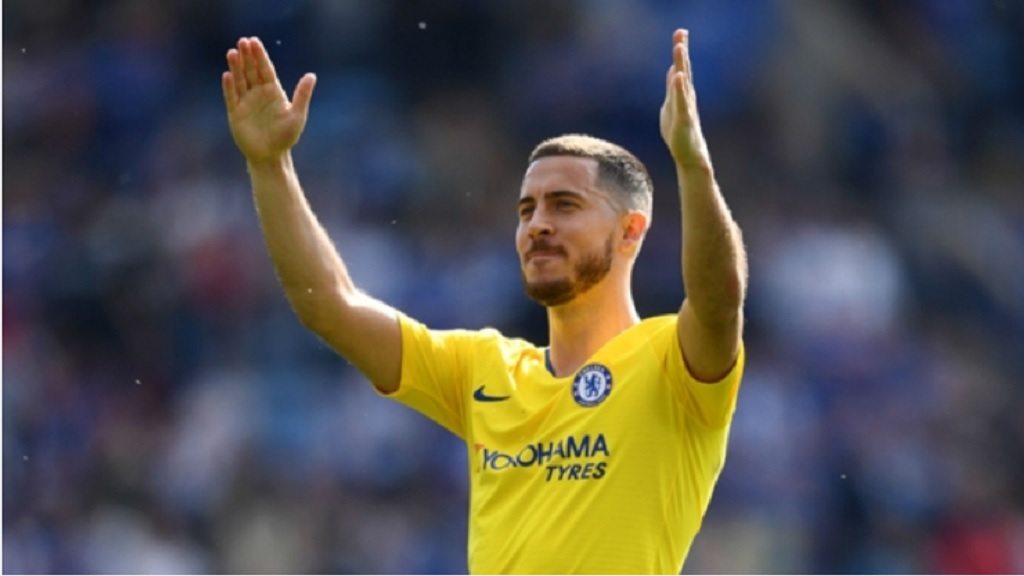 Maurizio Sarri hopes Eden Hazard will stay at Chelsea but will respect whatever decision the forward reaches on his future.

Hazard's contract at Stamford Bridge is due to expire at the end of next season and he has been linked with a big-money move to Real Madrid.

The Belgium international said after Chelsea's final Premier League game of 2018-19 that he had made a decision and informed the club.

However, Chelsea head into next Wednesday's Europa League final against Arsenal with the future of star player Hazard still up in the air.

Asked if the match in Baku could be Hazard's last for the club, Sarri said: "I don't know. As I said in every press conference, I want to respect his decision.

"I hope that he will stay with us, but we need to be ready if he will decide something different. Also if I have spoken with him, I don't want to say anything."

On whether Hazard could make the grade at Madrid, Sarri added: "Hazard is good for every team, of course, but he's really very good for us."

Chelsea in January agreed a £58million move for winger Christian Pulisic, who they loaned back to Borussia Dortmund for the rest of the season, and Sarri is looking forward to coaching the United States international.

"I spoke with him two or three months ago. Pulisic knows very well our team, our way of playing, his team-mates. So he's ready to join the group," said the Italian.

"As I said, I didn't know that the deal was done when he signed for the club, but of course I'd told my opinion to the club before. My opinion was really very positive about Christian.

"Christian is a very young player, of course, but he is really very strong. So I'm really very happy. He has the possibility to improve more, so he could become a very important player for us."

It's time for Chelsea to decide on Hazard future - Sarri