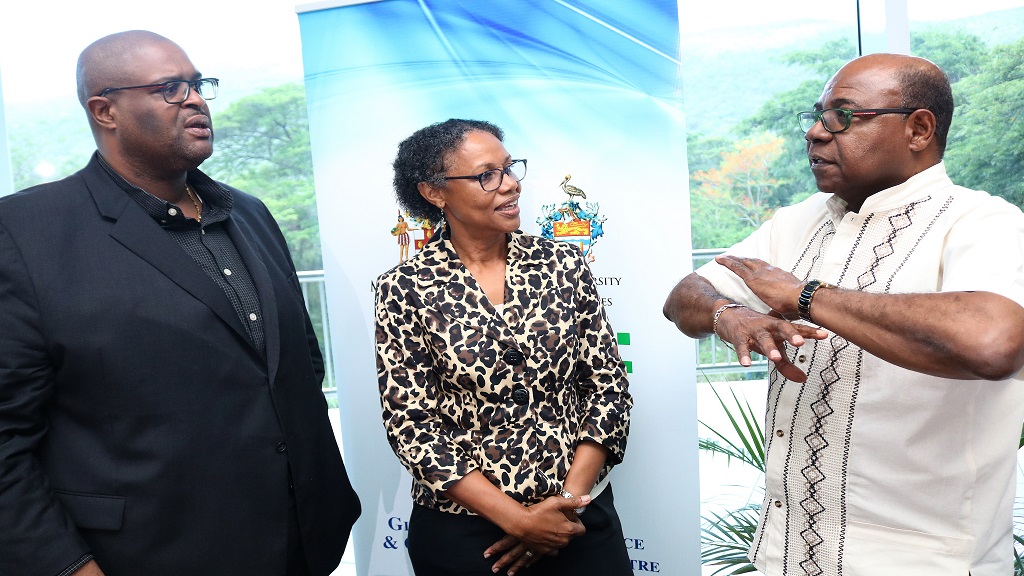 The unprecedented levels of sargassum seaweed that washed up on Caribbean beaches in 2018 resulted in estimated clean-up costs of US$120 million, according to Jamaica's Minister of Tourism and Co-Chair of the Global Tourism Resilience and Crisis Management Centre (GTRCM), Edmund Bartlett.

In addition to costly removal, tourism stakeholders have become increasingly concerned about the seaweed’s unsightly appearance, visitor complaints and the possibility of reputational damage, the tourism minister noted.

“As active stakeholders in the sector we understand the inestimable value of tourism to stable and prosperous Caribbean economies.  Tourism remains the single most important catalyst of sustained economic livelihoods in the region,” Bartlett said Friday in opening remarks at the GTRCM Roundtable on Sargassum at the University of the West Indies’ Region Headquarters, Mona.

The Caribbean is the most tourism-dependent region of the world, where it is the main economic sector in 16 out of 18 Caribbean states and supports close to three million jobs.

Noting forecasts of a 12 per cent growth in tourist arrivals to the region for 2019, Bartlett said, “Despite these promising indicators and its (tourism’s) historical resilience, we remain well aware that the tourism sector is very fragile and prone to disruptive elements.  The last ten years have witnessed an evolution of the threats facing the sector.  These threats have become more unpredictable and more devastating in their impact and certainly more difficult to manage.”

Sargassum is one such threat.  Accordingly, the GTRCM saw an urgent need to facilitate the coming together of regional tourism and environmental stakeholders to share ideas, best practices and possible solutions to the adverse effects sargassum in having on national and regional economies.

Since 2011, thick mats of seaweed have increased in density to generate an 8850-kilometre-long belt (weighing 20 million metric tons) known as the Great Atlantic Sargassum Belt that extends from West Africa to the Caribbean Sea and Gulf of Mexico. Scientists believe this algal explosion in the Atlantic Ocean and Caribbean Sea could signify a new normal.

The sargassum phenomenon is believed to be driven by a combination of man-made and natural factors, including climate change and increased sea surface temperature; change in regional winds and ocean current patterns; and an increased supply of nutrients from rivers, sewage and nitrogen-based fertilizers.

In the open seas, sargassum provides critical habitats for marine and bird life.  However, when it inundates beaches it rots and smells, becoming an environmental and economic nuisance.  Tourism on Mexico’s Caribbean Coast dropped an estimated 35 per cent in 2018 due to sargassum washing up on the 480-kilometer-long stretch of otherwise pristine beaches.

Bartlett told local and overseas participants at the GTRCM Roundtable that a strong regional response at both the political and technical level is urgently required to address this rapidly evolving sargassum problem.

“The effective countering of this threat will require the different nations’ governments coming together to conduct research, mitigate contributing factors, identify global best practices in adaptation strategies and develop a comprehensive scientific initiative to establish the most efficient ways to collect the sargassum in the open sea without harming the ecosystem,” he said.