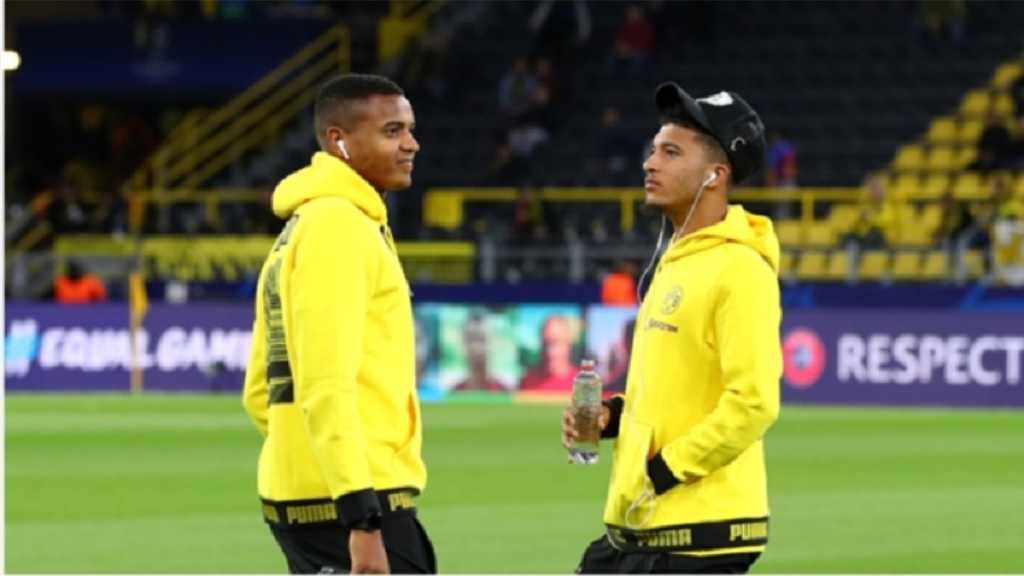 Borussia Dortmund players Jadon Sancho and Manuel Akanji have been fined by the German Football League (DFL) for violating social distancing protocols after they were photographed getting haircuts at home without wearing face masks.

Photos of the players getting a trim from celebrity barber Winnie Nana Karkari earlier this week were shared on social media and by German publication Bild, with neither Sancho nor Akanji wearing face masks, therefore flouting the coronavirus protocols in place in Germany.

Although up to four other Dortmund stars were also said to have been visited by Karkari, a lack of photographic evidence has seen them escape trouble.

The DFL has not revealed the value of the fine, while Sancho and Akanji have five days to register an appeal.

A statement read: "The DFL fines Manuel Akanji and Jadon Sancho. The Borussia Dortmund players had apparently violated general hygiene and infection protection standards in home hairdressing appointments, and in particular the medical and organisational concept of the DFL task force 'Sports Medicine / Special Game Operations'. This can be seen in photos published in media and on social media.

"There is no question that professional footballers also have to get their hair cut. However, this currently has to be done in accordance with the medical-organisational concept. In specific cases, the club had also provided its players with a corresponding opportunity.

"The concept of the DFL task force forms the basis for the current special game operations in the Bundesliga and 2.Bundesliga and was included in the DFL rules of procedure as a legally binding annex to the DFL general assembly.

"In principle, the DFL does not provide any information about the amount of a penalty in contractual penalty proceedings. Players have the right to lodge a complaint within five days. The penalties are expressly not directed against the club, for which no 'organisational fault' is recognisable."

Karkari is claimed to have visited the players on Thursday, May 28, with Sancho sporting a noticeably tidier hairstyle in the 6-1 win over Paderborn on Sunday than he had in his previous outings.

The England international scored a hat-trick in that win.