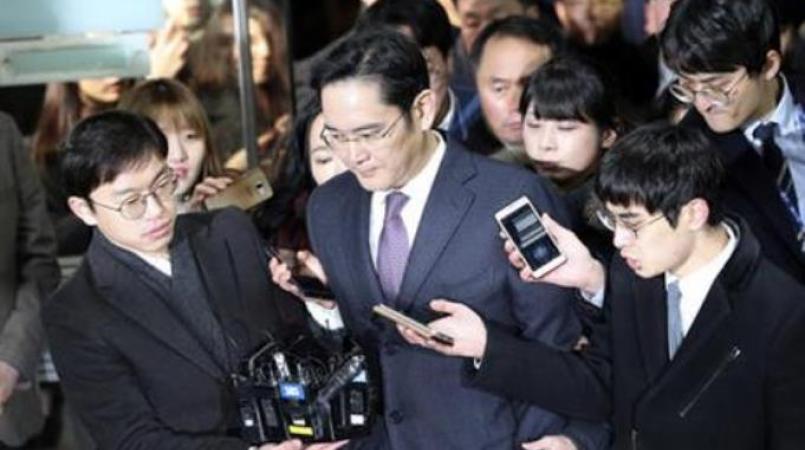 This as they look into bribery allegations between Park and the country's largest business group.

Lee, the billionaire vice chairman of technology giant Samsung Electronics, will be summoned along with two other group officials on Monday morning, said Lee Kyu-chul, the spokesman of the prosecution team.

Investigators had sought to arrest Lee when they summoned him last month, but a court ruled there wasn't enough evidence to justify Lee's arrest at that point.

Investigators will question Lee over new findings they made in the past few weeks and may consider requesting an arrest warrant for him again, said the prosecution spokesman. The investigators also want to question Park in person, but have yet to agree with her office on how and when to do it.

On Friday, prosecutors filed a lawsuit against the presidential Blue House to try to force Park's aides to stop blocking searches of her compound. They tried to enter the Blue House with a court-issued warrant to collect evidence earlier this month, but Park's aides turned them away, citing a law that can block searches of sites containing state secrets.

Samsung is suspected of providing tens of millions of dollars in money and favors to Park and her jailed friend Choi Soon-sil in exchange for government support of a controversial merger deal between two Samsung affiliates in 2015. The merger helped Lee promote a father-to-son transfer of leadership and wealth at the group.

Moon Hyung-pyo, the country's former health minister, has been indicted on charges that he pressured the National Pension Service to support the merger even though the fund's stake in one of the companies lost an estimated hundreds of millions of dollars in value.