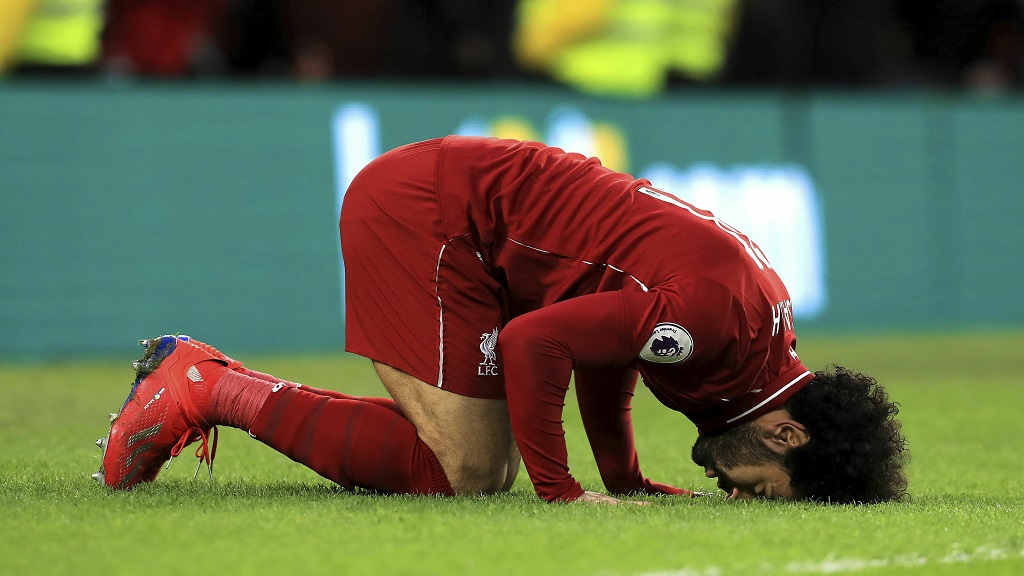 Mohamed Salah scored from the penalty spot as Liverpool steadied its title-chasing nerves with a 1-0 win at Brighton in the Premier League on Saturday.

Salah struck his 14th league goal of the season to put Liverpool seven points ahead of second-placed Manchester City, which hosts Wolverhampton on Monday.

Liverpool went into the game with back-to-back defeats to City in the league, and Wolverhampton in the FA Cup.

Juergen Klopp's men labored throughout, unable to generate anything like their trademark attacking zeal against Brighton, but still had enough to claim all three points.

After a tight first half, Liverpool needed just four minutes to break the deadlock after the restart, but the opener came courtesy of clumsy home defending rather than stunning attacking play.

Salah outsmarted Pascal Gross on the turn in the box, drew a cheap foul from the usually unflappable German and then converted the penalty.

Liverpool will have been encouraged by midfielder Fabinho's assured showing as an emergency center back, especially with Joel Matip working back to fitness.

A listless Liverpool spent plenty of energy pointing, gesticulating and shifting the ball around from deep in a low-key first half. Liverpool's best chance came when Xherdan Shaqiri's header brushed the base of the post.

An unmarked Glenn Murray headed high over the bar in Brighton's sole chance of the half, but the regimented Seagulls would have been satisfied enough at the interval.

Keen to make amends for conceding the penalty, Gross popped up in the other box to put in a neat strike — only for Fabinho to pull off a fine block.

Brighton is in the bottom half of the table with 26 points after 22 rounds.