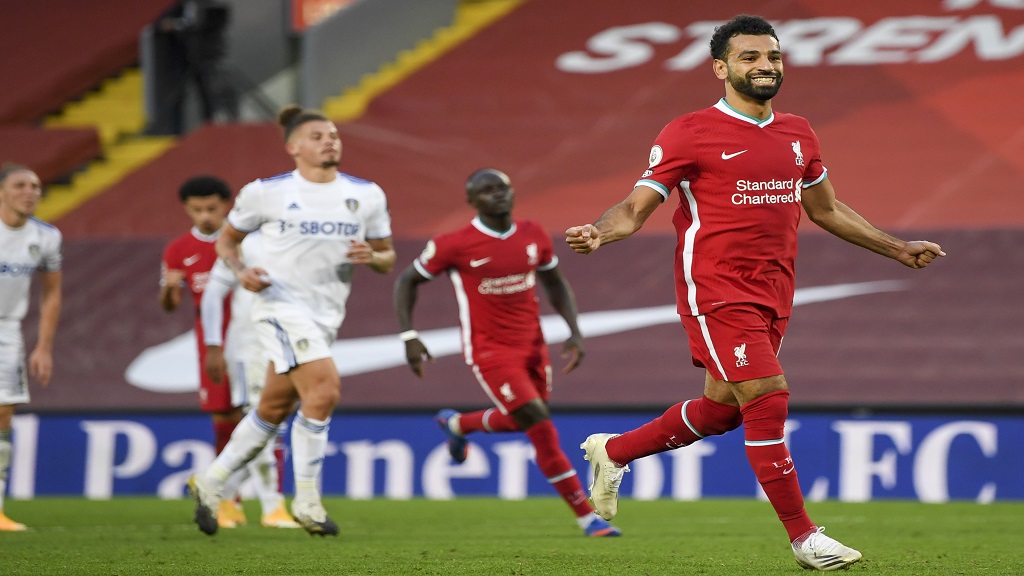 Mohamed Salah converted an 88th-minute penalty to complete his hat trick and secure Liverpool a thrilling 4-3 win over Leeds in a wobbly start to their English Premier League (EPL) title defense on Saturday.

Leeds came from behind three times as the promoted side — managed by storied Argentine coach Marcelo Bielsa — took the game to the champions at an empty Anfield.

Just when the visitors looked like claiming a point, new signing Rodrigo — on as a substitute — fouled Fabinho in the area and Salah sidefooted home the resulting spot kick.

The Egypt forward opened the scoring in the fourth minute, also from the penalty spot after a handball, to ensure he has netted in the first game of a Premier League for the fourth straight year.

Jack Harrison grabbed Leeds' first equaliser in the 12th minute after controlling a searching ball forward, cutting inside, and firing a low shot past Alisson.

Virgil van Dijk regained the lead for Liverpool with a header from a corner in the 20th, only to fail to cut out a long pass 10 minutes later, allowing Patrick Bamford to slot home a finish.

Salah gave Liverpool a halftime lead with a fierce shot high into the net in the 33rd, but Leeds continued to bravely go toe-to-toe and equalised through Mateusz Klich in the 58th.

Salah had the final say, though, with his second penalty of the game.

Willian sets up Arsenal's 3 goals in opening win at Fulham