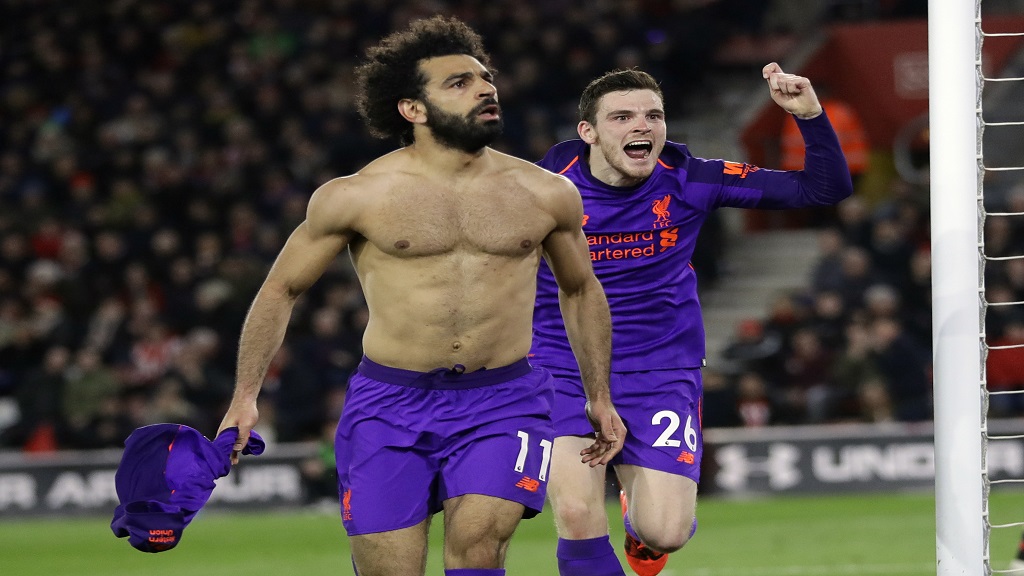 Mohamed Salah ended a goal drought of nearly two months as Liverpool came from behind to beat Southampton 3-1 on Friday and move back to the top of the Premier League.

The Egypt forward completed Liverpool's comeback after they fell behind in the ninth minute when he collected the ball 10 metres inside his own half on a counterattack, advanced forward and sent a dipping shot into the bottom corner from the edge of the area in the 80th minute.

He removed his jersey in celebration in front of Liverpool's jubilant fans, who then saw Jordan Henderson add a third goal in the 86th at St. Mary's Stadium.

Liverpool are two points clear of Manchester City, which have a game in hand but will not be in league action this weekend because they are playing in the FA Cup semifinals.

Liverpool looked shaky at times, especially in the first half after Southampton took the lead through Shane Long's ninth-minute goal.

They recovered to draw level in the 36th through Naby Keita's first goal for the club since his move from Leipzig for a reported 70 million euros ($85 million) in the offseason.

Salah was having another below-par game until his superbly taken goal, his first since Feb. 9 — stretching back nine games in all competitions.

With 18 league goals, Salah is one behind Man City striker Sergio Aguero in his bid to retain the Golden Boot for top scorer in the league.