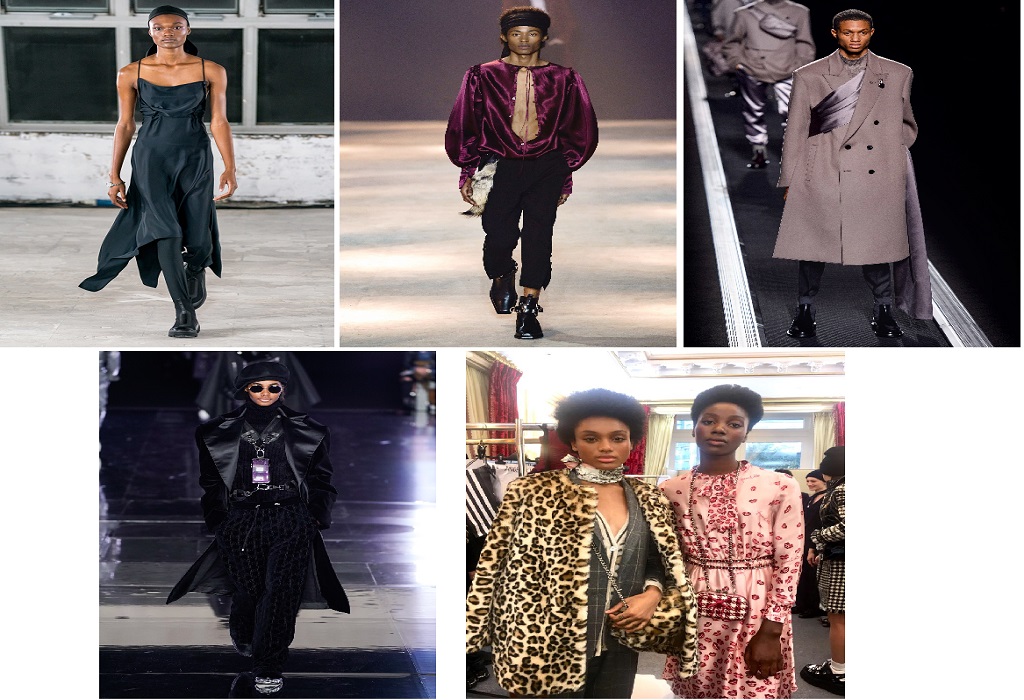 Saint International models dominated the runways of the European fashion capital city as models Tami Williams, Romaine Dixon, Jonny Brown, Naki Depass, Elecia Gordon and Christina Knight repped fabulously down the catwalks of the 'City of Lights' for the biggest and most influential designers and design houses at Paris Men's Fashion Week Fall/Winter 2019 .

The annual calendar event that began last Tuesday January 15 and wrapped on Sunday, January 20 is the global fashion industry's taste-making showcase of designer menswear and womenswear trends of what people will be wearing come the autumn and winter seasons.

It was six-love for Saint star and Sligoville, St Catherine resident Romaine Dixon who had a stellar run on the Parisian catwalks with six runway bookings including fashion powerhouses Dior and Balmain as well as Thom Browne, Officine Generale, Heron Preston and Sankuanz.  Saint supermodel Tami Williams joined Romaine on the Balmain Fall/Winter 2019 show where between them they rocked two looks each. Tami was also among the international model cast for the Paul Smith show.

Meanwhile, Saint star Jonny Brown was on the Ann Demeulemeester Fall/Winter show, marking his third time working the catwalk for the designer. Jonny also booked the Han Kjobenhavn show which was a collaborative collection with the PUMA athletic and leisure wear label.

Also clocking time down the designer runways of France were Saint's Michael Kors advertising campaign star Naki Depass who led the model closing call at the Alyx show on Sunday, and the gorgeous Saint pair of Elecia Gordon and Christina Knight who together walked for the Weill Fall/Winter show last Friday.