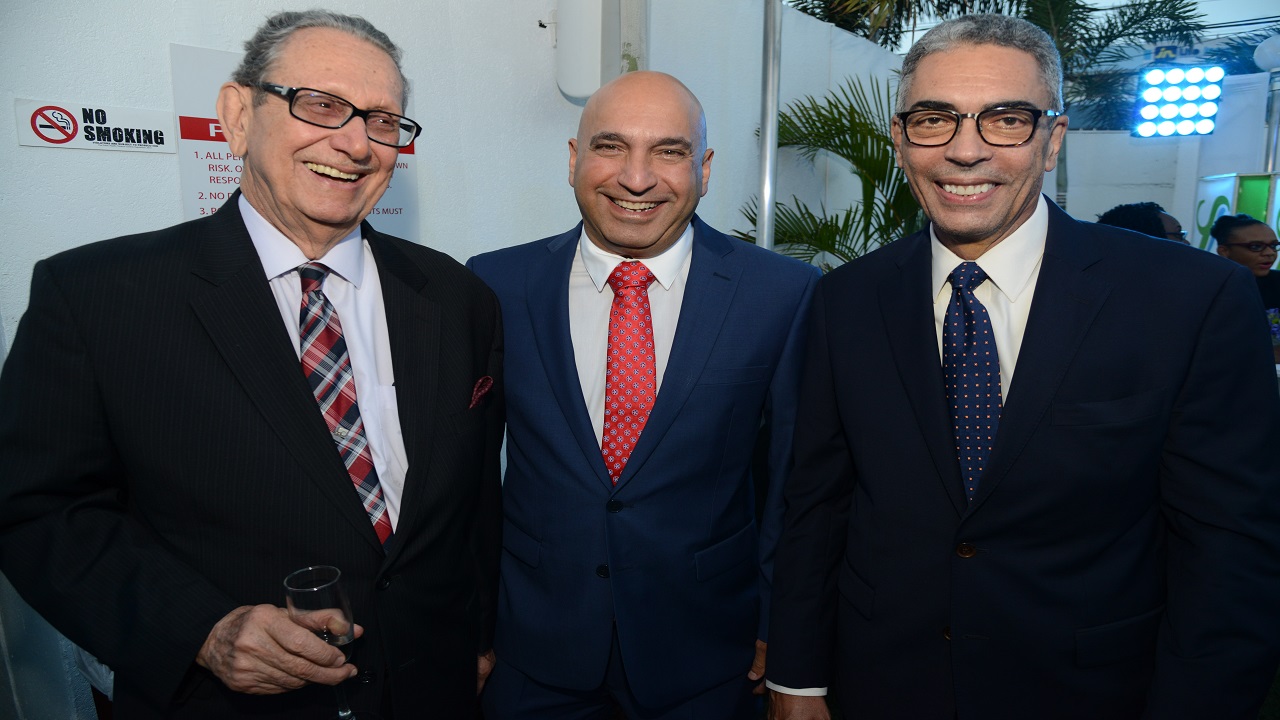 Chris Zacca, who started in his new position on Monday May 1, gave his commitment to continue the rich and strong tradition that started with Danny Williams.

President and CEO of Sagicor Group Jamaica, Christopher Zacca, made his first official public speaking presentation at a cocktail event last Thursday to an audience of top Sagicor clients and members of the business community.

Zacca, who started in his new position on Monday May 1, gave his commitment to continue the rich and strong tradition that started with Danny Williams since the days of Life of Jamaica, and have remained throughout the leadership of Richard Byles.

Byles, who served as the President and CEO of the financial services conglomerate for 13 years hung up his leadership hat in that capacity officially on April 30, and will take up the position of Chairmanship on June 1, which is currently held by R. Danny Williams.

Zacca in his address lauded both Byles and Williams for the tremendous support they have offered during his transition process. He noted: “You have built something remarkable…and I am committed to continuing the tradition of excellent service to our clients…I want to be secure in the knowledge that the values of the service and integrity that started with the company from its inception, will remain throughout.”

As he looks forward to assuming his role as Chairman, Byles in his remarks said he hopes to emulate Danny Williams, as he has done an exemplary job during his tenure, furthering his contribution to the overall growth and strength of Sagicor, even long after his time as head of the business. He also noted that he will be working “hand-in-glove” with Zacca.

In his welcome remarks, Chairman, Williams thanked Byles for his outstanding contribution to the group, and gave his full support to Zacca as his takes on this new challenge.