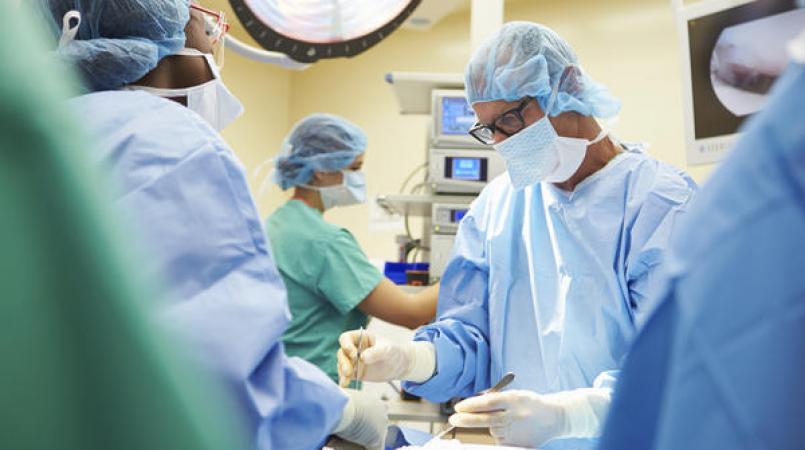 The Spanish Town Hospital is one of three beneficiaries to receive donations from the over $50.5 million that was raised at this year’s staging of the annual road race event. Bethlehem Children’s Home and Mandeville Regional Hospital are the other beneficiaries.

The Sagicor Sigma Corporate Run has raised over $250 million for health and child-related institutions and charities locally over its near 20 years of existence.

Speaking at the handing-over ceremony at the Spanish Town Hospital, President and CEO of Sagicor Group Jamaica, Christopher Zacca, reiterated the company’s commitment to giving back, and cited the various initiatives that have been undertaken by Sagicor Foundation to help improve the lives of people in the communities it serves.

Zacca also highlighted the reason for the selection of Spanish Town Hospital as a beneficiary, saying “We understand the needs of our island’s hospitals, and especially here at Spanish Town Hospital.  That’s why this year we were moved to add the hospital as a beneficiary. We know with the dedicated team here at the hospital, the equipment that we have procured for you will help you to better serve and care for your patients.”

In addition to the medical equipment, the hospital received 15 wheelchairs, which were donated to Sagicor Foundation by Food for the Poor. Funds have also been allocated to help with maintenance of the equipment over several years.

Sagicor has also refurbished the directional and welcome signs at the hospital, and added a mural in the neonatal ward.

Share some of the highlights of the happy occasion in the video below.